David Bloomgarden is the acting chief of the Access to Basic Services and Green Growth Unit and the topic lead of the Public-Private Partnerships program at the Multilateral Investment Fund.

The world can learn from the experience of Latin American and the Caribbean in mobilizing private investment in public infrastructure and services.

Let me begin with the fact that among emerging markets, Latin America and the Caribbean accounts for the largest share of public-private partnerships (PPPs) for the development of public infrastructure and the performance of public services. In the first half of 2014, the region had 49 projects worth $36.1 billion, which represented 71 percent of PPP investment in emerging market countries, according to the 2014 Global PPI Update, produced by the Public-Private Partnership Group of the World Bank and the Private Participation in Infrastructure (PPI) Database.

Although most of the investment in Latin America and the Caribbean has been in larger countries -- especially Brazil -- a significant number of smaller countries are improving their readiness for PPPs, establishing new management agencies and gaining specialized experience in implementation. In the past three years, countries such as Guatemala, Honduras, Jamaica, Paraguay and Uruguay have formed new PPP agencies and units and successfully contracted out projects. In Honduras, the government is launching a PPP to provide energy-efficient street lighting. Paraguay has rapidly advanced in setting up a new legal framework and a specialized working team and in structuring two initial projects: an airport for its capital city of Asunción and a network of highways. Uruguay has taken important steps in structuring eight projects adding up to more than $1 billion in the field of renewable energy, as well as two other pilot projects, all within the framework of a new national PPP law.

Furthermore, the models being used for PPPs in Latin America and the Caribbean are not imposed from abroad in a Washington-consensus reform, nor are they privatizations or simple copies of mature PPP markets in the United Kingdom or Europe. The region is developing its own brand of PPPs. 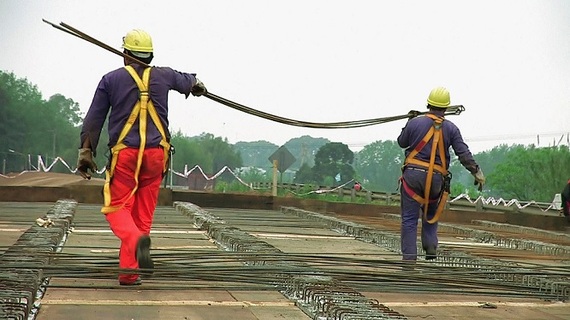 In Brazil, the state of Minas Gerais has been a leader in transparent PPP contracts with full proactive disclosure of the contract terms, as well as of other relevant project information -- a practice that puts a government under more scrutiny but makes for better projects in the long run
(see http://blogs.worldbank.org/ppps/what-if-we-disclosed-everything). For example, a public-private contract was signed in 2014 to build a $300 million waste treatment plant for 2.5 million people in the metropolitan area of the large city of Belo Horizonte. During preparation, the project team operated under a policy of full disclosure. As the team members conducted appraisals, they continuously disclosed them on the Internet. In addition, the team held around 20 public meetings and identified all the stakeholders in the project. This information changed the project dramatically, including the relocation of the facility to a less-populated area. Therefore, when the project went to the bidding phase, it was much closer to the expectations of its various stakeholders.

In Colombia, to avoid PPPs placing a strain on public finances, the country's law on contingent liabilities requires that when a PPP contract is signed, government agencies implementing the project must make a cash transfer to a contingency fund. So, the government is setting aside money to cover the value of any guarantees provided to a project, in case it must make good on a guarantee.

Latin America and the Caribbean has had its share of challenges in developing PPPs, but it is learning from its successes and failures. For example, in Colombia in the 1990s, lower-than-expected demand for toll roads built with public and private funding set the government back by $2 billion. The country's law on contingent liabilities now protects against this type of unanticipated expenditure.

Many of these issues will be discussed at the premier global conference on PPPs, PPP Days, which takes place this year in London June 16-17. I and other speakers will present examples of Mexican, Colombian and Brazilian PPP projects that will come to the market in the next 12-18 months.

To support the growing interest in PPPs, the Inter-American Development Bank (IDB) announces the first MOOC (Massive On-line Course) available in Spanish that explains how to plan, design, and implement PPPs in Latin America and the Caribbean. This course, based on the efforts of 30 experts at the IDB, is part of a series of MOOCs on development topics developed by the IDB with edX, the MOOC platform of Harvard and MIT. See http://bit.ly/MOOCAPPs