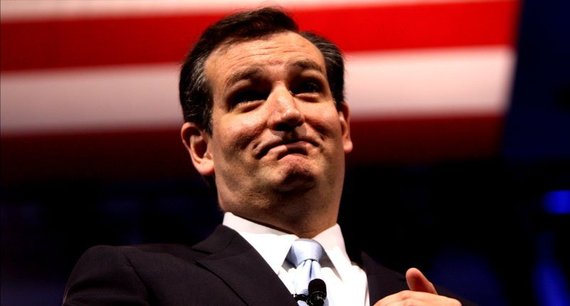 I have to laugh as the Republican Party deals with the "birther" issue of Senator Ted Cruz. There is nothing more amusing than seeing Republicans hoisted by their own petard, or simply put, being hobbled by tactics they developed.

When President Obama was attacked for years about being born in Kenya, not one Republican leader suggested that Obama's birthplace was irrelevant because his mother was American born. Flash forward eight years and the ultimate hypocrisy of the Republican Party is in full view.

Now that Senator Ted Cruz is being forced to address issues concerning his birth in Canada and therefore qualification to run for President of the United States, the Republican Party is being forced to actually consider that Cruz's birthplace needs to be adjudicated.

So why all the controversy about President Obama? There was never any question about his mother's American citizenship. So using the logic currently being espoused by Cruz and his other Republican supporters, there should never have been a "birther" issue with Obama. Even if he was born in Kenya, and he wasn't Obama was born in Hawaii, according to Cruz it is settled law and Obama's legitimacy should never have been questioned. At least that is what Cruz is saying now that he is having the same issue.

When the Republicans rushed to vilify Obama's citizenship they should have anticipated the issue might rear its ugly head in their own party. Senator Ted Cruz was already becoming a national figure and potential presidential candidate when the Republicans were still harping about Obama's birthplace.

Now the Republicans are experiencing the law of unintended consequences. Their actions have produced a major issue for one of their leading presidential contenders, all because of their fervor to make Obama an illegitimate president. Now Republicans are facing a dilemma; if they support Cruz's assessment, the whole Obama "birther" claims become completely ridiculous and a waste of the public's time. On the other hand, if they don't support Cruz and say he does not qualify to be president based upon the constitution, they take out a major leader in their party. We will see whether being born on foreign soil is really important to the Republican Party when it comes to their politicians. I already know the answer, no. Watch as this issue goes away for Senator Cruz. If I were running as a democrat presidential contender, I would expose the hypocrisy of the Republican Party by simply asking "why does this not matter with Senator Cruz but it was job one with President Obama"?