Andre and Russell's wine bar, Menage a Cinq, is officially open for business and as such, the two have embarked on the best marketing campaign they could think of: vlogs! We're fortunate enough to get a glimpse of episode #34 and it DOES NOT disappoint. There are excessively long hashtags, crude sexual references, and a boatload of awkwardness. Not going to lie, this is a wine bar I'd visit. 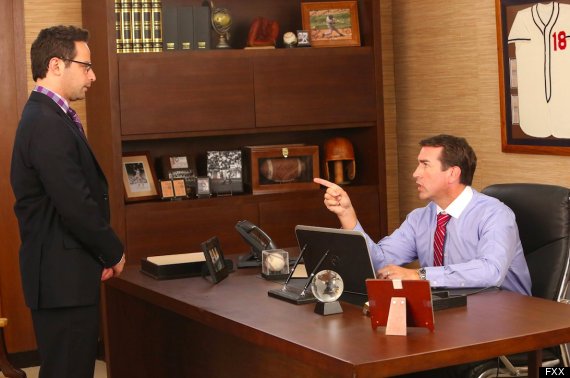 Ruxin actually makes an appearance in this week's episode (Is it annoyingly noticeable to anyone else when he's not around? Anyone? Bueller?). He's awfully irritated by an unknown coworker who apparently decided it was a great idea to brush their teeth in the company bathroom and then leave said toothbrush on the toilet paper dispenser. I totally agree with Ruxin in regards to how freaking weird this is... that's totally unsanitary. The next day, the toothbrush is gone but the remnants left over still irritate Ruxin when he enters the bathroom to pee again. This time around, even more weirdness ensues -- not involving the toothbrush -- when his coworker Chaps enters the bathroom and begins taking a crap right next to Ruxin. Absolutely disgusted, Ruxin leaves in a huff and goes to Bethesda's office to complain. Again, agreed with Ruxin. Peeing in front of someone is one thing, but doing the number two? COME ON. Have you NO shame?? Anyway, Bethesda thinks nothing of the crapping adjacency and scolds Ruxin for not working on his deposition. Typical.

After a trip to the doctor, Pete thinks he may have a gluten allergy and Kevin and Taco are quick to point out that now he and Andre are matching! Because Andre is a huge creep and takes any excuse to bond waaaaaay too far, Pete attempts to keep the gluten allergy thing under wraps. All seems to be going fine until Andre brings his decanters over to the MacArthur household because he needs help deciding which one would be best for the Menage a Cinq centerpieces. Amidst a slew of sexual jokes involving the decanters looking like butt plugs, Pete sneaks away to the kitchen to replenish his gluten free beer undetected. Unfortunately, Andre catches him and insists they become "GFFs." As the prospective bonding seems to be taking full effect -- solely on Andre's part -- Kevin intervenes and says that the gluten free beer is his father-in-law's, not Pete's.

Taco has put some of his EBDb money to good use and finally bought a house in the "slumburbs," courtesy of Jenny and her realty skills. However, he's bought the house for a much different purpose than initially intended. Touted the "EBDBBNB," Taco turns the house into a bed-and-breakfast for his eskimo brothers (and others) and essentially makes it a brothel, though he vehemently denies that it is one. In an AMAZING musical video, Taco shows off his new bed-and-breakfast and the gang watches in awe. Taco encourages his friends to join him over the weekend and watch the game at the EBDBBNB's opening. This upsets Andre, who's already asked everyone to come to Menage a Cinq. Let the games begin -- literally and figuratively. 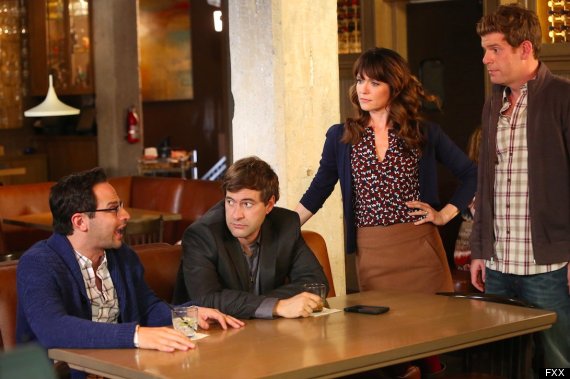 Determined to catch Chaps as the "toothbrush bandit," Ruxin follows Chaps into the bathroom and catches him redhanded... with an insulin pen. The failed bust leads to another meeting in Bethesda's office with both Ruxin and Chaps. Ruxin's forced to eat a big ol' bowl of crow when, yet again, no one seems to think it's weird that there is no divider between the toilet and the urinal so he has to apologize to Chaps for his behavior/accusations. I stand by my earlier statements. It's still gross.

Kevin catches Jenny attempting to do laundry and thwarts her efforts to wash his lucky jersey, which he removes from the basket and immediately puts on. In the same minute, Taco walks in the house and starts moving boxes because he's moving all his stuff out of the MacArthur's house. You can almost see the internal dancing happening in Kevin and Jenny's minds. Praise the lucky jersey.

Still not pleased with Taco's takeover of game day on Sunday, Andre confronts him. In doing so, Andre runs into Marshawn Lynch, a new friend of Taco and apparent big fan of the EBDBBNB. Andre attempts to bond with Lynch and it fails miserably. Lynch leaves in his Mercedes, but not before telling Taco he'll "holla" at him. Taco and Andre agree to split the day and Andre is pleased.

The gang heads over to Menage a Cinq and Andre attempts to put them all in a bread coma. Pete, who's not supposed to eat gluten, gets pressured into eating an entire bowl of bread pudding and proceeds to vomit all over Kevin. His good luck jersey is clearly not lucky because outside of the vomit, Kevin also loses the game and ends up not making it to the playoffs. It's off to the Sacko for him. As game day continues at the EBDBBNB, Sofia makes her "world famous chorizo" for the gang. Unfortunately, she ends up unintentionally using Taco's lambskin condoms as the chorizo casing (NOTE: How the hell this could EVER happen, I will never know but... disbelief will suspended regardless). Once the gang realizes the mistake, they predictably spit out the condom chorizo. FOREVER UNCLEAN. 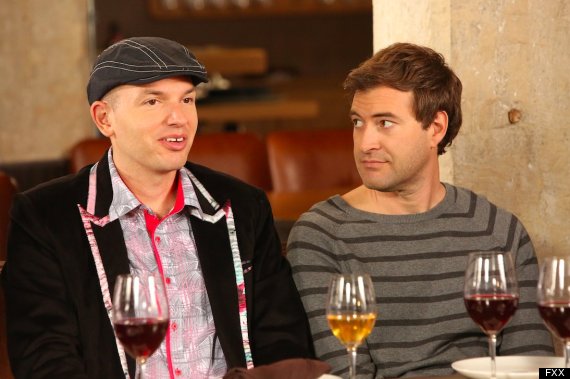 At Ruxin's office the next day, he's still trying to brush the condom chorizo out of his mouth, to no avail. Mid-brush, Ruxin gets the urge to poop and he makes moves for the toilet. As he begins, Bethesda catches him and calls him a hypocrite for brushing and pooping when he's been complaining about someone else doing the same thing for days. Moments later, Bethesda pulls out his toothbrush as he pees, indicating he's the real "toothbrush bandit." Ruxin's stomach gurgles and as he poops, he and Bethesda yell "AHHHHHH" in unison while maintaining eye contact. The whole encounter makes me wildly uncomfortable. Alas, another glorious episode of inappropriateness is over. Until next week, dear friends... 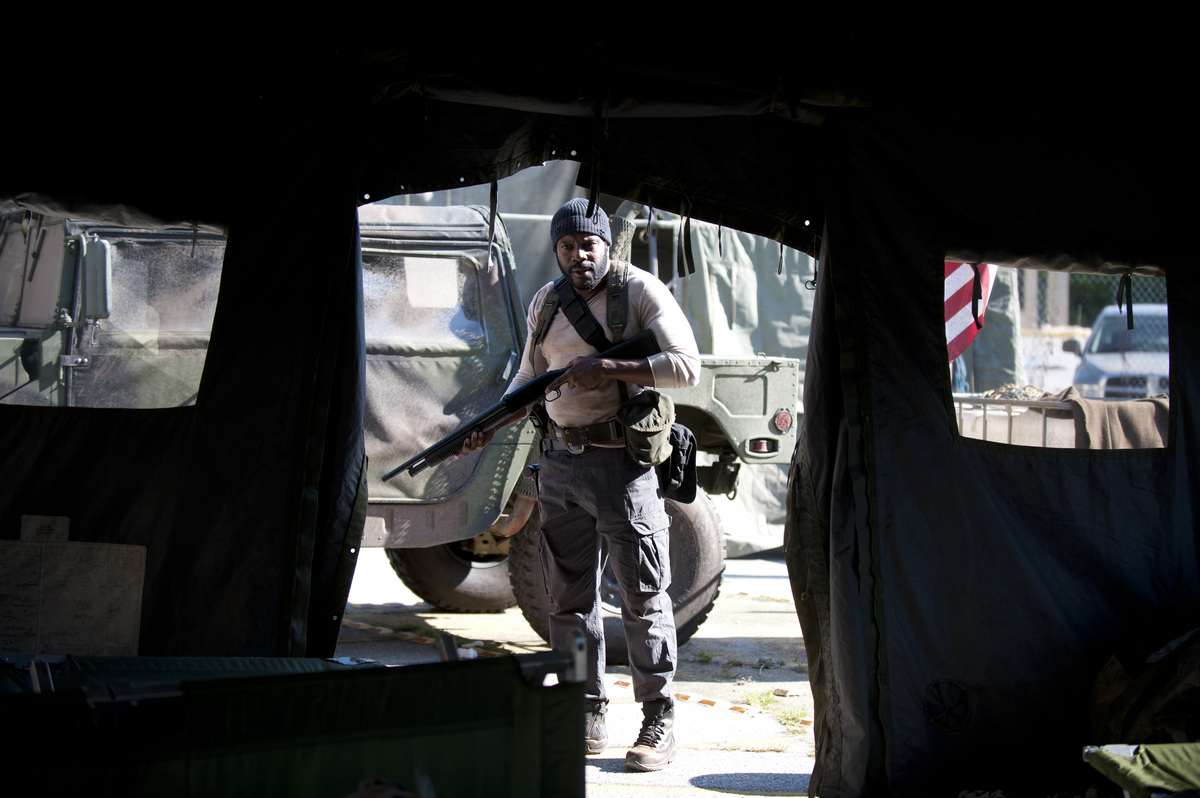