Incirlik Air Base, in headlines this week as government authorities arrested its commander for alleged involvement in a failed coup against Turkish President Recep Tayyip Erdogan, triggered flashbacks for Lebanese-Americans who briefly called it home.

Thousands of Americans, mostly of Lebanese descent, were taken to the military base in Turkey from Lebanon in waves in 2006 en route to the U.S., but it was no vacation. 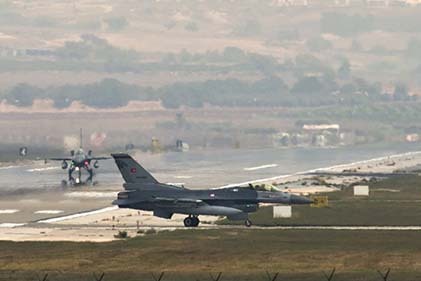 They were evacuated from where they were visiting or living during "Harb Tammouz" (the July War) when Israel unleashed all hell, fire, and damnation on Lebanon after Hezbollah abducted and killed Israeli soldiers in a cross-border raid.

Incirlik is used by Turkish, U.S., and NATO allies to stage sorties against ISIS and has been the base for many operations in the Middle East.

July 23, 2006 An amphibious craft docked almost inside the cavernous hold of the Landing Craft Utility (LCU) USS Trenton off Lebanon's coast. Over 300 crewmembers helped the 1,800 evacuees aboard and directed them to various decks or cabins for the trip to Turkey. 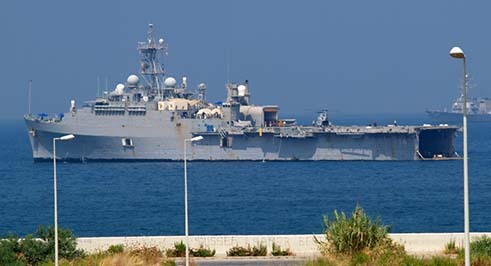 They were among the thousands stranded in Lebanon during the 33-day conflict. Earlier boatloads had gone to Cyprus but the eastern Mediterranean island was already overflowing with evacuees and couldn't handle more.

July 24, 2006 The Trenton docked at Mersin, Turkey the following day. It took an eternity to get people processed by U.S. and Turkish officials to move them onto buses for the 90-minute ride to Incirlik Air Base outside Adana.

A base clerk handed passengers Meals Ready to Eat (MREs) in heavy plastic bags with heating elements for cooking on the run. The indescribable field rations that smelled foul and tasted horrible would make an outing at a greasy spoon seem like a gourmet's delight. 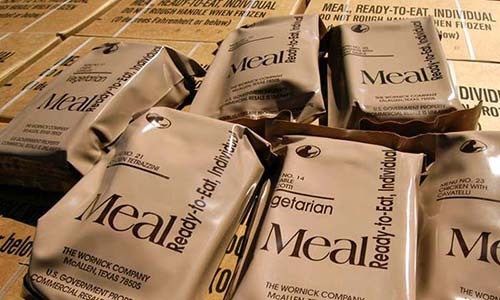 On arrival the evacuees were stopped at the base gate for a sniffing dog to check the buses' holds. That was the first clearance. 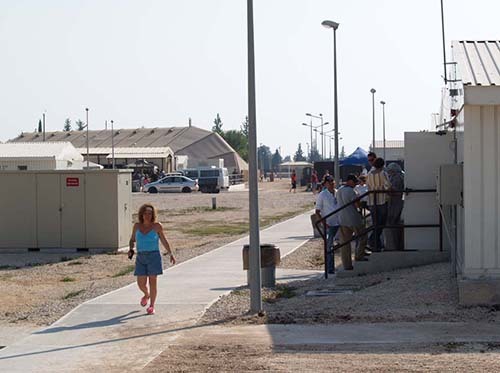 Adjusting to life on Incirlik Air Base (Abu-Fadil)

The convoy waited for the last group to enter en vehicle masse to a processing point for a briefing on do's and don'ts, safety precautions, medical advice and services, security measures, and communications facilities in a very hot hangar-cum-center. 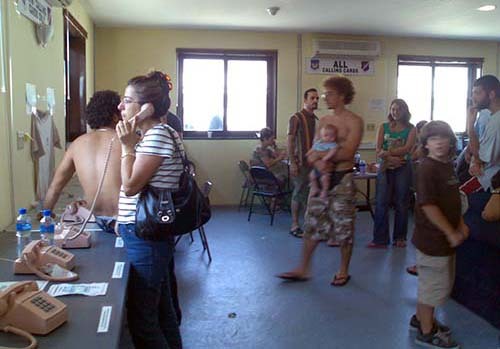 Evacuees, their exhaustion stretched to the limits, were given room assignments, more MREs and taken to a drop-off point outside "Patriot Village" - barracks with a fancy name.

At least the rooms were air-conditioned as the heat and dust outside were unpleasant. Luggage was trucked in from Mersin in stages.

There were eight-double-bunk rooms occupied by a mixed bag of evacuees from different parts of Lebanon and other non-Lebanese Americans who were caught in the war zone. 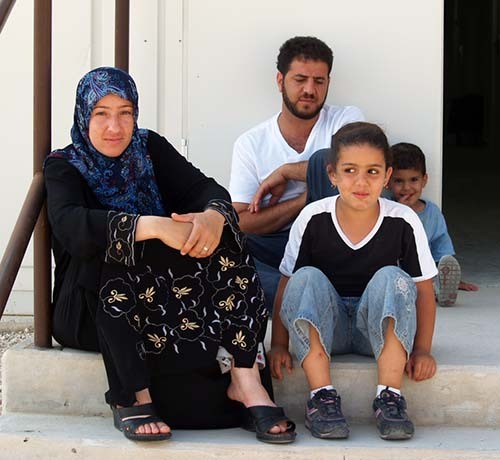 Families and kids overran the showers and toilets in the dorms' common bathroom facilities. The floors were flooded and water sloshed around.

July 25, 2006 The first planeload of charter military aircraft went out at 6:30 a.m. after soldiers banged on barrack doors to alert the first evacuees to be flown out. Assigned passengers were given 20 minutes to prepare for the flight.

Others headed to the chow line of fruits, cereals, muffins, tea, coffee, juice and milk. There was crowded (or no) seating at the messy "mess hall" tables. 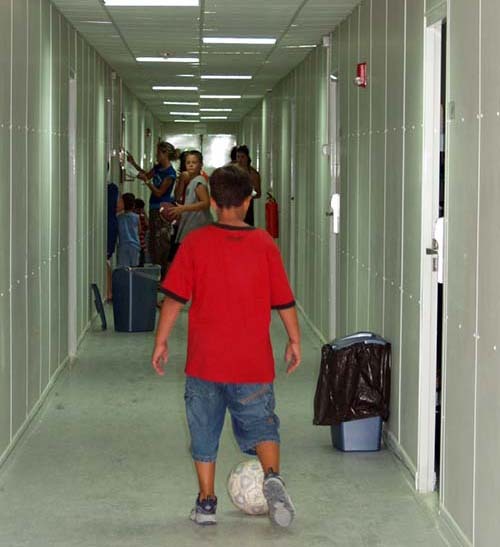 Later it was too hot to stand in the lunch line for many evacuees who decided to buy ready meals and snacks from the commissary and ate them in their rooms. The shop sold food items, phone cards, T-shirts, and cheap junk.

There was free Internet at the "community center" but there were few terminals so use was limited to 15 minutes at a stretch. It was an eternal wait for hundreds of anxious visitors to check email and send messages.

Evacuees on lists had to sign up for departure processing. Luggage was trucked to the small Incirlik terminal building.

The passengers went through security, then to a passenger service center (no tickets, just name checks). They were reprocessed for departure. 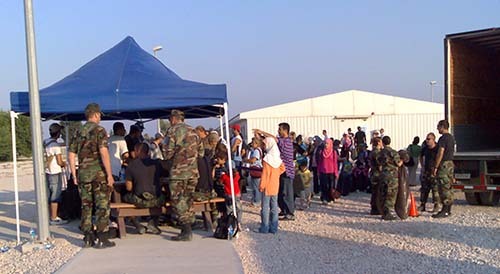 Passengers used Internet terminals at the airport and received a message from the U.S. Embassy in Beirut that the last scheduled evacuation ship would depart Lebanon on July 26. It said: "Do not wait for a call from the embassy."

TV screens in the lounge were tuned in to Fox News or wrestling matches. A big gumball machine and vending machines lined one wall. A table of freebies (water bottles, girl scout cookies, baby food and formula) for the evacuees lined another on the opposite end of the room. 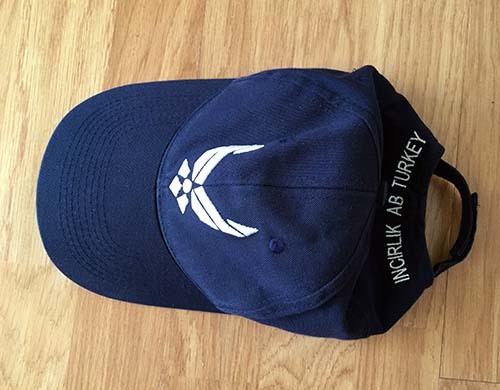 The passengers boarded an ATA Boeing 757-200 parked near a C-17 Globemaster III transport and other aircraft used by the U.S. Air Force. They were served two meals and liquids on board but no alcohol.

The flight took them to Ireland's Shannon airport for a refueling stop where they were allowed to deplane for a 45-minute pit stop and stretch.

July 26, 2006 The Lebanon evacuees arrived at Philadelphia International Airport on July 26 and were met by American Red Cross representatives and a crisis team. 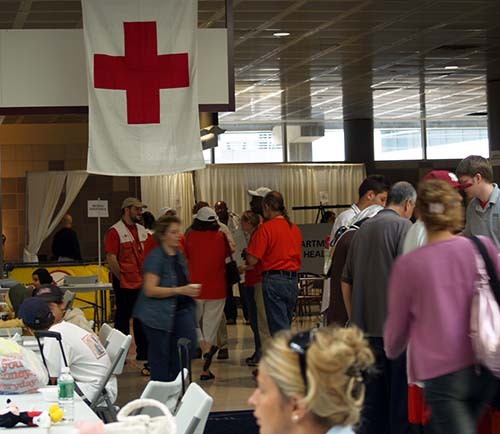 Others were routed to Baltimore, Maryland and Incerlik was already a world away.

The four-day evacuation had come to an end, but the Middle East region's conflicts just dragged on.