For the first time in a long time, both major party nominees for the U.S. Presidential election are opposed to free trade deals. Both Hillary Clinton and Donald Trump (as well as Bernie Sanders and Ted Cruz) have spoken out against the Trans-Pacific Partnership (TPP), the Obama Administration's free trade agreement with 11 Pacific-rim countries in the Americas and Asia. The trouble is, free trade opponents who claim FTA's like NAFTA or CAFTA take away American jobs and move business overseas to avoid U.S. tax and employ cheap labor, are able to convince audiences of their argument by pointing to very specific job sectors that suffered job losses. The other argument opponents of free trade often cite, particularly Republicans like Trump or Cruz, is that the United States has to give so many concessions on issues like environmental regulations, labor laws, intellectual property, etc. that the deal is actually bad for America.

Trade creates jobs. Trade creates wealth. Trade creates opportunity for ideas and capital to flow freely. If TTIP and TPP were to be ratified by all members, 50% of the world's GDP would be part of a tariff -free economic zone. The free movement of goods, services and capital is the best way to create jobs and fight poverty. Hillary Clinton, who, as Secretary of State supported and even contribute to TPP and TTIP negotiations, but now opposed them, argues that these trade deals will drive down American wages. The reality could not be farther from the truth. The 2016 Index of Economic Freedom confirms that citizens of countries that embrace free trade are better off than those in countries that do not. Trade has brought higher incomes to millions of people in China and in India, in the largest surge from poverty in all of human history. The internationalist left ought to be glad of these things. 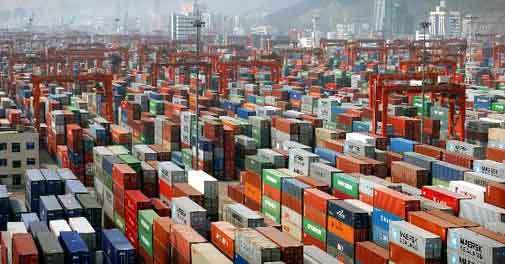 In America, it is Bernie Sanders who really voices the infantile corporate conspiracy theories of the left. Trade agreements, he says, are written on Wall Street (they're not, as it happens; TPP was finalised in Atlanta and TTIP is in the works in Brussels) so they are ipso facto bad. Ronald Reagan once described protectionism as destructionism because its victims are the poor. Mr Sanders is effectively depriving developing nations of their current advantage, which is low production cost. How else will the poor of Vietnam, say, become richer if they do not win this work today?

On the Right, Donald Trump leads the anti-trade charge, claiming that NAFTA and TPP have given up our competitive advantage to China and make our economies dependent on manufacturing from elsewhere. The reality is that every industry, not just manufacturing which, by the way, we are doing more of now than in the last 20 years, exports. Last year, Congress and the Administration took action to end the decades-old ban on exporting oil and natural gas products. Such a decision has led to a market 'boom' for energy exporters and has created thousands of jobs in places like Texas, North Dakota and Florida. Trade also favours real estate investors like Mr Trump himself. He would not have been able to build such luxurious golf resorts and hotels all around the world had it not been for trade deals which allow for capital to move more freely and corporations to to purchase property without strict out-of-country fees and tariffs. He owes a lot of his success to free trade.

Adam Smith attributed the flourishing of Egypt, Greece, Rome, Bengal and China to their trading. Over the past 30 years, the economies that have grown fastest have been those that traded the most. Trade produces substantial aggregate gains measured both in wages and the range of available goods. The importance of free trade has never been more evident than in the last 20 years. During this period the amount of people participating in the global economy has skyrocketed from 1 billion people to around four billion.

Austan Goolsbee, former Director of the President's Council of Economic Advisers and an Economics Professor at the University of Chicago's Booth School of Business, says in an interview with Forbes Magazine, that the boom in economic participation is a direct result of the expansion of free trade. "It is not only access to the U.S., but it is also arguably the single most important thing for the development of emerging economies," he said. "The ability to export on trade has been a central pillar for bringing a billion people out of poverty in the last 15 years. China and India have seen a huge boom in development, moving up from poor countries to middle-income. Historically, free trade is fundamental for innovation. Countries that trade are more open outside of their borders. They are open to new ideas, which spark innovation and economic growth." 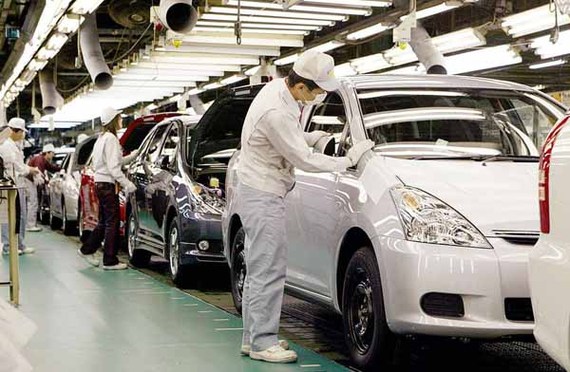 In America, the results are even more impressive:

The ability to trade is one of the most fundamental pillars to the growth and success of civilisation. Free trade is not just about trade deals in particular. Free trade is about innovation, exporting ideas and industry norms to other countries, and lifting the poor out of poverty in today's developing countries. It is therefore imperative that the world fully embrace free trade. The Left and the Right should both support trade, even if the reasons are different. Whether it's the free flow of capital or fighting poverty and climate change, trade benefits individuals at all levels of the market system. So, let's work together for trade.