This October marks 65 years since the first publication of Charles M. Schulz' Peanuts. Decades have passed, yet the diffident and often times wistful Charlie Brown still holds a place in the hearts of millions. With the release of the new Peanuts film this November and the upcoming, Charles M. Schulz Day on October 20th in St. Paul, Minnesota, it is the perfect time to reflect on the legacy of Charlie, Snoopy and the gang. 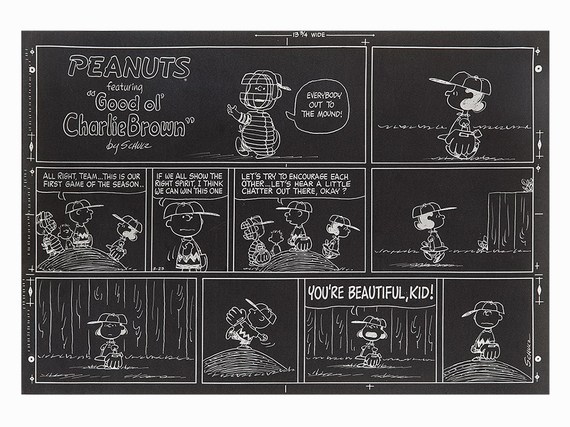 By the time Charles Schulz retired, the Peanuts syndication had expanded from seven to over 2,600 newspapers. Every Sunday, Schulz' original drawings were transferred into negative prints like the one seen above, and used to distribute the latest story across the globe.

But, before there could be a Charlie Brown, there had to be a Charles M. Schulz. Friends of Schulz described the man as, 'gentle, shy and a constant worrier.' Much like Charlie Brown, the two are nearly inseparable. Good Ol' Charlie Brown and Schulz each had their fair share of failures in youth. In school, Schulz was anything but an A-plus student. As a teenager, his high school yearbook even rejected his original drawing of Snoopy. As a player in his neighborhood baseball team, Schulz did not exactly shine as an athlete. In fact, his team once suffered a 40-0 loss. Later, in the approximately 18,000, Peanuts, comic strips Schulz created, Charlie's baseball team had one of the losingest records in the history of cartoon sports, with only ten wins over half a century. Charlie's failings at football stand without mention. No wonder it was so easy for Lucy to diagnose Charlie's sports inflicted stomach aches in this 1966 Saturday strip. 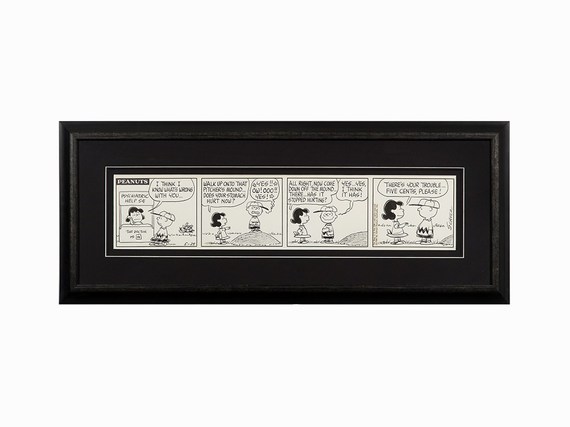 Good grief, young Charles Schulz even had let downs in love. The little red-haired girl of Charlie Brown's dreams was based on Schulz's ex-St. Paul sweetheart of three years, Donna Johnson Wold. Wold rejected Schulz' marriage proposals on numerous occasions - a memory which continued to feel 'heartbreaking' to Schulz years later. In the 1940s, Schulz suffered even bigger losses, including his mother to cancer and fellow soldiers in WWII. Schulz funneled all of the failures and losses into his comics, giving the Peanuts, an uncommon gravitas for a children's cartoon, and Charlie Brown the undeniably affable persona of the every man's anti-hero. Schulz' son Craig said his father often told people, "if you read the comic strip you know who I am." 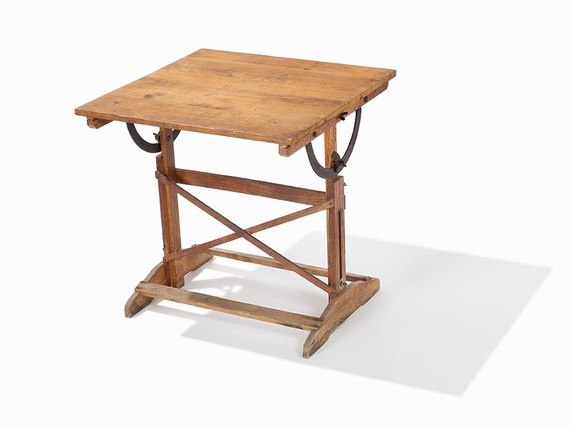 While some comic strip artists used large teams to create their work, Schulz worked primarily alone or with limited help. Schulz poured his art and soul into the Peanuts, spending years of his life at his desk. The Peanuts, perfectionist, Schulz would occasionally leave his own desk, only to join his assistant Dale Hale to sketch at Hale's desk, and to finalize ideas there. In the half a decade long syndication of the series, the first time the comic ran reruns was for a break for Schulz' 75th birthday. Schulz finally announced his retirement in December of 1999. Only a few months later in February of 2000, Schulz passed away. The Peanuts, and Schulz lived their lives together.

The heartfelt truths in the, Peanuts, comic strips keep audiences engaged in the stories of: Charlie Brown, Lucy, Linus, Snoopy, Schroeder, Pig-Pen and a hard to understand teacher. Schulz demonstrated that the humility brought to youth carries on to later life, and repeats for each generation. The importance of Schulz' work is visible today in the lasting collectible value of his comic strips, and additional works that they inspired.

Alli Arnold, Specialist for Antiques and Collectibles at Auctionata