Finally, after all, these years Tarzan has made it to the big screen in a live-action movie titled The Legend Of Tarzan. Starring Alexander Skarsgard playing Tarzan, Margot Robbie as Jane, Christopher Waltz as the villain whose name you will not know or remember and Samuel L. Jackson as the comic relief that you will be thankful for. 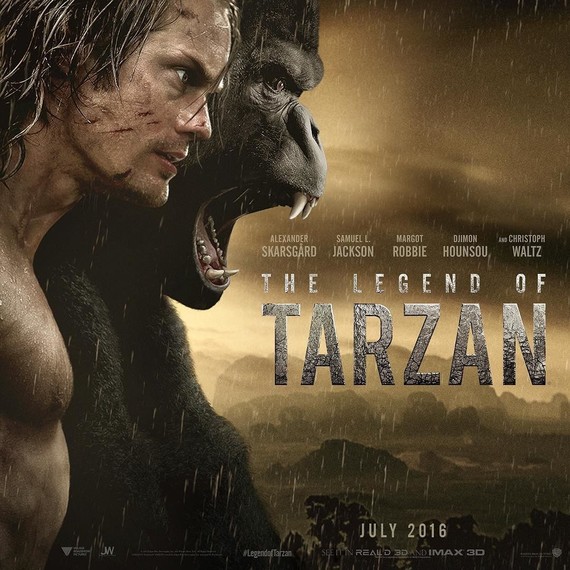 If you were a fan of the Disney cartoon version don't expect to see that going into the theater. This is not a fun Disney musical, but a serious drama. It takes place nearly a decade after the Tarzan story we all know. Now Tarzan is known as John Clayton III, he has left Africa to live in Victorian England with his wife Jane. Jane and Tarzan go back to the Congo where Tarzan and apparently Jane grew up. Leon Rom, the evil villain played by Christopher Waltz, lures them into an evil scheme. The scheme involves King Leopold, an African king (played by Djimon Hounsou), African slaves and diamonds. Rom plans to capture Tarzan and deliver him to the king in exchange for the diamonds.

Tarzan is the last person you will leave the theater thinking about. Samuel L Jackson stole a good chunk of the show and you will thank him for it. He provides humor at the perfect moments and most of it is laugh out loud funny. He actually plays a bigger role in the movie then you would have thought based on the trailer. Margot Robbie was a perfect damsel in distress as Jane; whose face managed to look perfect while running and falling through the jungle. Christopher Waltz plays the typically calm and menacing evil villain. The movie moves very fast and leaves little time to really develop most of the characters. You do get to see Tarzan swinging from trees, which creates great visuals of a shirtless Alexander Skarsgard. We also get to hear that famous Tarzan yell which would have been a crime to leave out of a Tarzan movie.

If you are a fan of the Disney version of the Tarzan story you may be a little disappointed with this film. But the CGI was good and believable and there were a few action sequences to capture your attention. I give The Legend of Tarzan three out of five stars. I give Samuel L. Jackson 4 out of 5 stars for bringing some life into this movie. We are living in a time where every movie that was a classic is being remade, rebooted and turned into some kind of cinematic universe with sequels and prequels. The Legend of Tarzan will be one among many that you will forget in the years to come. Overall, just wait for the movie to come out on Netflix. 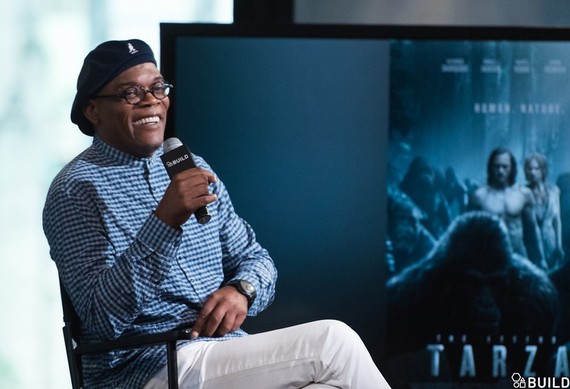 You can go to AOL.com/Build to watch an interview with Samuel l. Jackson promoting The Legend of Tarzan, talking about his previous movies, his Lifetime Achievement Award and much more.