While many Americans have two or three jobs on a daily basis, there are at the same time many people who are left outside of the daily working and social life. If we compare Americans' labor force to countries elsewhere, we find that US workers put in more working hours than any other industrial nation in the world. Americans work more than a month more annually than the Japanese, and three months more than the Germans, three months more than Germans who are the locomotive in the European economy!

People abroad believe America must think twice about their work situation, because to work as much as Americans do may be self-destructive for individuals as well as the country itself.
First of all, an American with an average, normal salary should be able to live from that one job. It's not healthy to go from one job to another day after day while your kids are waiting for you at home. That stress can cause illness, heart attacks, depression, and problems in many relationships. At the same time, we find many people who are left outside for different reasons such as expensive education, learning problems, drugs, and many other applicants who also want jobs.

Second, we also know that many American workers don't have statutory right to paid vacations, and if we count in the days during the different Holidays seasons where many industrial countries have days and weeks off, Americans again come in last place.

Because of this, it's also very challenging to be left outside the working life in the US, in America, more than any other country in the world; to participate at school, having a job and a career is significant. Through school and job you can find mates, activities, gatherings and a social life. If you count in that America is about money and wealth, these people without jobs are becoming the lepers in America with very few to socialize with in addition to less wealth.

The result of this kind of labor policy is that America has exhausted people working with little spare time. At the same you have unemployed people with enough time that are forced outside of the daily society and are not let in. 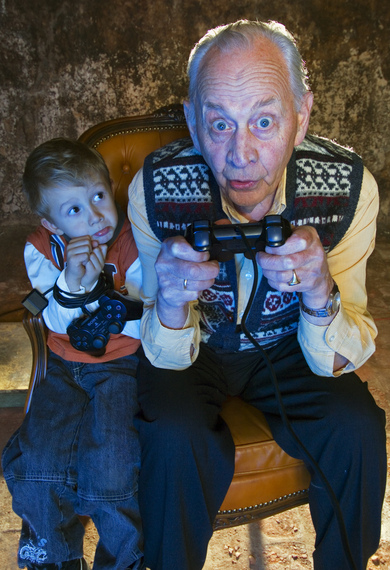 To include everyone gives a warmer and healthier society. Photo: René Zografos

Since the prices to get a decent education have risen enormously the last decade, America automatically excludes youngsters from the daily society. For many young people, it's essential to have an education in today's competitive America.

What I also have learned from other cultures is that there must be both work and play time. That the healthiest and also the most prosperous countries can balance between work and leisure time. The best industrial countries in the world are also great at involving most of the population into working life - no matter what background they have.

America may try to learn and adopt something from these countries. Let unemployed get work; pay all workers a minimum wage they can live from, let all Americans; to start with, have two statutory weeks off. It will most likely be paid back with interest with hardworking, loyal, motivated and healthy staff. There will then be fewer poor people and less crime. The middle class will bloom and suddenly you will have a nation of well-paying customers that will bring America back to the glory days. Today's politics just does not work for the common American, and therefore, changes that involve and lead all Americans into a brighter future seems to be the right direction - for both rich or poor, because it's not necessary to have any more lepers in today's America.