Yesterday after my session with Jodee, my always thought provoking therapist, I took a walk down her magnolia tree lined street and noticed that the bookstore my daughter and I used to frequent had now moved down the street from Jodee's home. I was curious to see how the store had changed, so Lucille ( my puppy) and I walked in.( Yes, I take my dog with me to my therapist. Jodee says I 'indulge' Lucille, as if indulging is a bad thing. I am Jew, we indulge!!) The new store was much smaller than the old, but it had still retained the feeling of a comfy home library. A woman who worked there came out to greet me and then yelled out to a co-worker to come see Lucille. I heard her yell out "Maureen, come see this dog!"

I instantly paid attention, because ten years ago the famed psychic Sylvia Brown gave me a reading and told me that my wife would be named Maureen. I had met a few gay women named Maureen over the years, but no one that I wanted to date, yet alone marry. Fortunately or unfortunately depending on how one looks at it, I am that hopeful bunny that believes despite evidence to the contrary that wifey is waiting for me just around the next corner.

Now out walks Maureen and instantly I feel a frisson of electricity pass between us. She was sartorially splendid, wearing burgundy velvet pants and a white shirt made out of the thickest cotton with extra wide cuffs. When I say I felt a frisson of electricity, perhaps I should be clearer and say that while I was instantly enamored I was not certain that it was reciprocal. Maureen admired Lucille and then went back to her office and I to my car.

As I was driving home, I thought that I should have made more of an effort to connect for what if she was the Maureen? After much thought I decided I would drop off a card at her store, in it I would tell her about my reading with Sylvia and profess my undying love or at the very least my immediate lust for her luscious dykely body.

So off I went to my favorite gay boy-owned card shop and chose a card with a picture of a frog with big red lips and long sparkly eyelashes; an image fitting for Maureen in all her dykely splendor.

Later that night after I was certain the store had closed, I drove back down and put my card into their mailbox. How convenient that they had a mailbox! It seemed like destiny but after two weeks of not hearing anything from Maureen I can only assume that Destiny took a wrong turn and is now as we speak wandering the desert of Palm Springs visiting the girls at the Dinah Shore Open. Perhaps if I had chosen a different card?

Yesterday I was walking Lucille down a busy street in downtown Toronto when an older woman (and when I say older I mean older than me, since sadly I am already old) approached me. She had a beautiful thick head of grey hair, was nicely dressed and barefaced. She wanted to know about Lucille -- had I gotten her from a breeder and was she was a lap dog or more of a feisty fighter type ( definitely the latter!) and could she pick her up? I thought that this was a strange request but consented because I just liked the feeling of this woman. Her name was Linda and she told me that she had always had large dogs but with the passing of her standard poodle last year she was thinking about getting a smaller dog since she was beginning to have lower back issues. I told her that Lucille was a big dog in a small package. I then gave her the name of Lucille's breeder and bid her adieu.

Later that day I got an email from my dog breeder saying thank you for the referral of my friend Linda. That certainly raised my hopes for our eventual meeting and marriage with our two dogs as bridedogs. Too soon to dream? In my experience, often the dream is the most delicious part as reality often proves disappointing. There are two weeks left in May, so I shall keep on dreaming...

Speaking of dreaming -- in my quest to find the dyke of my dreams I have signed up with an online dating site. I have decided to change my trajectory. I will now try to seek out kind and healthy as opposed to kinky and cold, my previous go to for girls.

Last week I received a message from a woman named Jill. She was retired and was now taking courses to become a Master Gardener. Her photos were interesting and she had a nice open face. After a few brief messages I asked her if she wanted to meet for tea. Jill agreed and asked if she could speak to me on the phone before we met. I was quite surprised when she called later that night to discover she had no affect to her voice. This was disturbing to me, since dating a somnambulist did not appeal but I agreed to meet, because you never know....

The next day I met her at a coffee shop near her home. When I walked in I was pleasantly surprised as she was quite attractive, however the moment I sat down in the chair beside her our date went downhill because Jill was quite reluctant to have an actual conversation. I tried to make inroads but it was proving quite difficult. Out of the blue she offered up the information that she lied about being 59, she was really 64. She asked me if I lied about being 59 and when I said I rarely lie and never on a bio she said "Well you look older than that!" The next jewel out of her mouth was a question about my mouth. She asked me if I had a stroke because I spoke differently. I told her it was not a stroke but a birth defect. I was born with Moebius Syndrome which unfortunately for me meant that only one side of my tongue worked properly. She then said that just because my mouth looked weird didn't mean that I was not attractive, in fact she was extremely attracted to me.

While it is lovely to be appreciated, this conversation was beginning to overwhelm, so I told her that it was lovely meeting her but she must blow out her torch as her time on my island had come to a close.

And so my friends, these hopeful lesbionic bunny tales have come to an end for now. 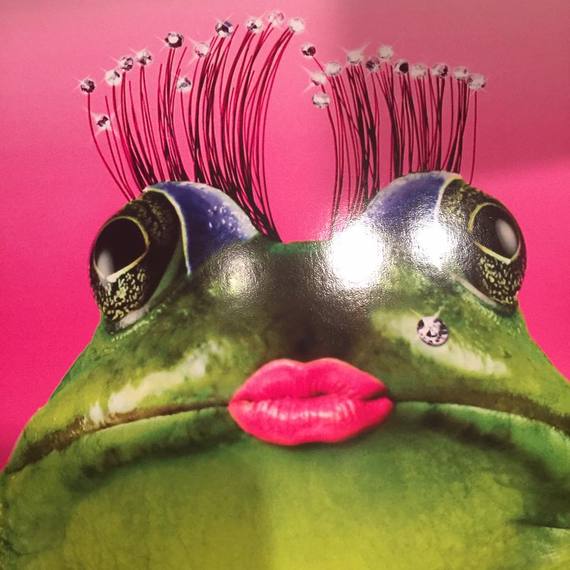