I watched a lot of prime time TV between the ages 12 to 14. That's what well-behaved adolescents did weeknights 8-10 p.m. Eastern. While the cool kids were out smoking cigarettes and tongue kissing, I was in front of the TV, with a sleeve of Oreos, absorbed in trite plots of short-lived sitcoms.

In my life, this was the wretched period known as middle school. In sitcom world, this was the Friends era, when countless forgettable shows copied the model of attractive 20-somethings living and/or working together. Two Guys, a Girl, and a Pizza Place. Will & Grace. Some show with Brook Shields and one with David Spade (or was that the same show?). At some point, Scrubs. I watched them all, with my sleeve of Oreos, or Thin Mints when it was Girl Scout Cookies season. 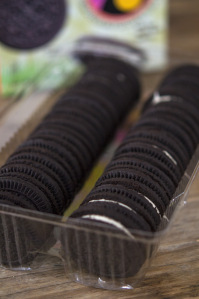 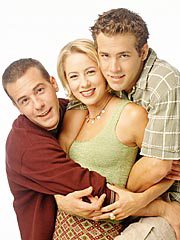 Wait, Ryan Reynolds was in Two Guys, a Girl, and a Pizza Place?

Thankfully I did not suffer from childhood obesity and the TV consumption did not rot my brain. My brain went on to receive straight A's in high school and multiple Ivy League degrees. However, those shows did cause one negative side effect: they distorted my expectations for reality.

These are the lies I learned from dumb TV:

1) When you get upset and flee a situation, someone chases after you.

This lie was engrained early because of Full House. Five minutes before the end of every episode, one of the girls would get upset, run away (to her room, to the top of a baseball dugout, into a Disney parade float, etc.), and one of the adults would say, "I'll go talk to her." Then they would have an issue-resolving, self-affirming heart-to-heart with enough time for a zinger before the credits and theme music. 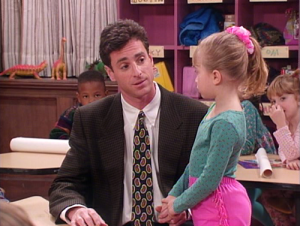 Michelle's sense of self and world view are being reaffirmed here.

I tried this all the time as a kid and no one ever chased after me.

One time, when I was down to the overly seasoned rice Chex and dark bagel chips, my no-good brother grabbed the bowl and scarfed its contents.

No-good brother: "Too slow. Too bad."

No-good brother: "She did too!"

Mom: "Annelia, did you hit your brother?"

I didn't know what "framed" meant, but it seemed like the right thing to say.

Mom: "I don't want to hear it. Apologize to your brother."

I burst into tears, ran to my room, and slammed the door. Thirty minutes passed (it was probably more like five) and no one came to resolve and reaffirm. I got bored, crept downstairs, and rejoined everyone in the TV room. 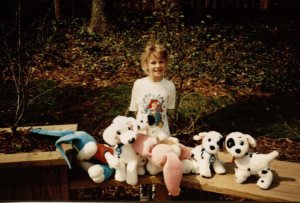 Me at age 6. Arguably just as cute as Michelle, but no one loved me enough to chase after me.

No one chases after you as an adult either -- especially when you storm out of a casual date into the pouring rain. The guy will just shrug and finish his burger. He'll be relieved because now he can look directly at the Bruins game on the bar TV, rather than looking at it through your forehead. And it's really embarrassing when you come back moments later because you forgot your umbrella. And then decide to stay because you really like these curly fries.

2) You can work as a coffee shop waitress or struggling writer and afford a 1,100 sq. foot apartment in Manhattan.

Well, I cannot. I can live in a window-less, "garden level" closet with a kleptomaniac and an Ultimate Frisbee player... or I can convince my parents to "contribute"... or I can move to Omaha.

3) You will be friends and ultimately more-than-friends with the attractive person in the apartment across the hall.

The person across the hall from me has never once been attractive. There was a gruff Russian man who may or may not have had a whole family in there, followed by a skittish MIT Ph.D. who may or may not have been making bombs in there. In both cases I avoided eye contact -- or actually I avoided avoiding eye contact: When they entered the building moments before me, I paused to check my mailbox, even if I already got the mail that day. If I sensed them in the hallway when I was about to leave, I waited to hear their door latch and receding footsteps before existing my place.

Of course there has never been an attractive single person living across from me. That would just be too serendipitously convenient.

In fact any sort of chance encounters with attractive strangers, rendered commonplace on TV, are rare in reality. I don't meet someone standing in line at the post office. I don't chat with strangers while waiting for the train. I situate myself with appropriate personal space based on the density of humans on the platform, and I emit an aura that says, "I carry pepper spray."

I don't leave my number for the cute waiter. If I did, he would never call, and I would forever feel awkward seeing him -- did he not notice my number or was he not interested? -- but I'd have to keep seeing him because I love that restaurant's curly fries. 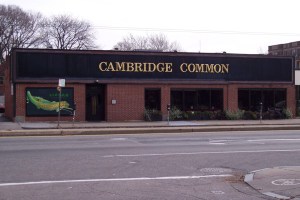 It doesn't look like much but it has the curly fries and beer samplers of my dreams. I can't not go there!

4) You're going to have episodic insignificant relationships, but always under the comforting, subconscious assumption that you'll end up with your attractive friend from across the hall, when the time is right (and the series is ending).

We've already established that there is never an attractive friend in the apartment across the hall. And even if there were, there would be no implicit reason or assurance for us to get together. It's not like an omniscient being -- God disguised as a pizza deliveryman -- would manifest and confide, "You shall both have four years of separate romantic escapades, then realize and profess your love for each other." If a pizza deliveryman were to say this, I'd call the cops, because that's crazy talk and who knows what he'd do next.

Predictable stories are comforting. The uncertainties of reality are terrifying. I don't know if I'm following my optimal path or if I'll find my optimal partner. Am I making the right choices in terms of careers and relationships? My friends ask the same questions about their own lives.

Lauren: "Should I take the job in Portland? I really need a change, but what if I get there, and actually my life in Boston was so much better?"

Sarah: "We've been dating six years and we're not engaged. I feel like we have to get married because everyone else is, or we have to break up."

Gilbert: "I just don't know if I should buy this shirt. It's incredible -- manufactured in Denmark with Japanese chambray fabric and handmade Icelandic nacre buttons -- but it's 400 euro and I already spent my stipend this month."

We don't know if it will work out and neither does the audience because there is no audience.

5) Once #4 happens -- once you're openly and reciprocally in love with your friend from across the hall -- the story is over. You live happily ever after.

My friends in committed, fulfilling relationships are not problemless. They did not enter some Zen state of perpetual contentment just because they got married. They have struggles, desires, and uncertainties. "Will I ever get married?" is just no longer one of them. "Will I stay married?" might be. 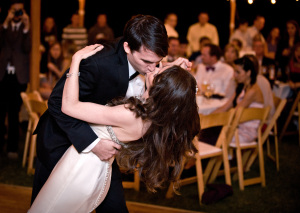 Fell in love with the man across from her (hut), had a fairy tale wedding, but Veronica still has problems!

On my last visit to New York I met Veronica for a 2 a.m. snack. We went to this gourmet meatball restaurant in the East Village that featured meatball pastas, meatball subs, meatball sliders, and meatball tapas (which are just meatballs with toothpicks). What was that place called? Oh yeah, The Meatball Shop. I loved it and I've been talking about like a Midwest tourist ever since: "I went to New York City and ate at this restaurant that only has meatballs! Beef meatballs, turkey meatballs, they even have tofu meatballs! Plus pitchers of sangria and IPAs on tap."

It was my first time seeing Veronica post-wedding. She looked like a princess at her wedding, which is appropriate because she has this deep voice that makes everything sound regal, especially...

Veronica: "I'll have three meatball slides and a pitcher of sangria."

Veronica: "Ha. The same as not married life, except I'm married. Matt is great. What's really bothering me right now is work. I don't like my job, but I can't afford to quit."

Me: "Well what don't you like about it? Is it stressful?"

Veronica: "No. It's mindless. I don't even know if I know how to think anymore."

Me: "Well what would you rather do?"

Me: "Eh, grad school is great. What's bothering me is I've been dating this med school guy. It's fine. He's fine. I just feel like we could date for years or quit tomorrow and it wouldn't make a difference to me."

Veronica: "That's exactly how I feel about my job. I don't know what to do."

Veronica: "I know we should get more sangria."

Falling and staying in love with an equally committed partner seems great. It is certainly one of my life goals, but only one of them. I also want to feel comfortable and respected in my work environment. I want creative outlets. I want to be healthy enough to run a 5k into my 60s. I want an active social life and regular alone time. I want close friends in close proximity.

Humans are so hard to satisfy! It's one of the reasons we're so successful as a species, and also such a pain in the ass as a species. We're not content to just eat and copulate. Maybe for a few days, but eventually we want to emerge from our love den and get the latest issue of The New Yorker. We want to go for a bike ride and go back to work.

By 14 I was bored by dumb sitcoms. They were too far-fetched precisely because they were too predictable. I'm glad no one chased after me when I threw tantrums over Chex Mix. It helped me start to realize the difference between hackneyed fiction and challenging reality. I don't know how my life will work out in terms of relationships and career. We can cry about this uncertainty and we can laugh about it. I think if you're laughing more than crying, then you're already winning at life. And if you're crying more than laughing, maybe you should check out this great meatball restaurant. It sure lifted my spirits!