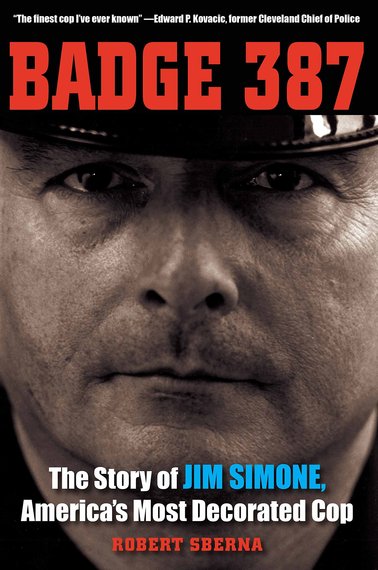 True crime historian Rob Sberna first heard about Cleveland police officer Jim Simone when he was researching the Ariel Castro case in 2013. Castro had kidnapped three Cleveland girls and held them hostage in is house for years. Simone pulled Castro over for a traffic stop shortly before his secret was discovered. He didn't know Castro was holding the girls in his house. Always second-guessing, national news outlets aired the dash cam video of the traffic stop and interviewed Simone as if he should have been a psychic. Sberna liked Simone's direct and candid manner. Since he was finished with his Castro manuscript, he decided to write about Simone. The result was Badge 387: The Story of Jim Simone, America's Most Decorated Cop.

The local media coined the nickname "Super Cop" in the early 1980s when Simone became known for his numerous shootings and life-saving exploits. Two particular stories cemented the legend. The first was in 1980 when Simone nearly lost his life running into a burning house to look for children. Then in 1983 he was shot in the face by a shooting suspect hiding in a church basement. Simone not only survived the point-blank bullet, but left the hospital two days later amid much fanfare. A modern day superhero now lived in Cleveland. 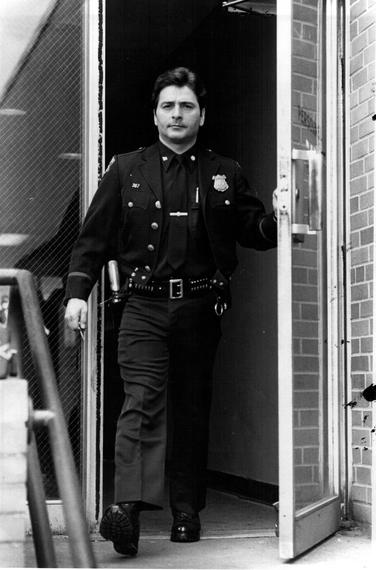 Simone has even piqued the interest of noted Cleveland documentary filmmaker Shawn Rech. Rech's A Murder in the Park, was named by Time Magazine as one of the Top 15 most fascinating true crime stories ever told. Rech is starting production on a docu-series about Simone this Spring, and he says networks are already interested. I sat down with author Rob Sberna for a chat about his new book, Badge 387, the process of writing it and if the "Super Cop" legend lives up to the hype.

It seems from the book that he was always rushing in to save people and get the bad guys. Is this an accurate descriptions and why do you think he thrived putting his life on the line all the time?
Yes, that seems accurate. He seemed to relish perilous situations in which he could distinguish himself and demonstrate bravery. Although I have theories about his propensity to be "first in" during a dangerous situation, it's a mystery to me why he put his life in danger so many times. I've asked him why he's so willing to risk his life, but his stock answer is, "I'm the son of my parents." Perhaps he's saying that he's hard-wired to move towards danger, instead of away. Or he's tacitly acknowledging that he's seeking external validation from a long-gone authority figure. While he may be criticized as reckless and impulsive to some people, many of the cops and ex-soldiers I interviewed for the book said Simone is the guy they want next to them during a gun battle.

How long did it take to write the book and over this time how did your opinion of Jim Simone change for better or worse?
It took me about a 18 months to research and write the book. Along with dozens of interview sessions with Jim, I spoke to men he'd served with in Vietnam and Cleveland police officers, as well as criminal justice experts. My opinion of Simone never changed throughout the process. He was consistent and straightforward in his opinions and his recollections. It was a good experience hearing his memories of Vietnam and his perspective on policing.

If you had to describe what type of person Jim Simone is what would you say?
I found him to be a complex character. On the surface, he appears to be very self-confident and willing to put himself in life-threatening situations without a second thought. Clearly, he is a driven person, but what drives him? I don't know that I found the answer to that question. I'm not even sure if Jim has the answer. As a child, his mother had very high expectations of him. Perhaps his sense of duty stems from the morals that she instilled. 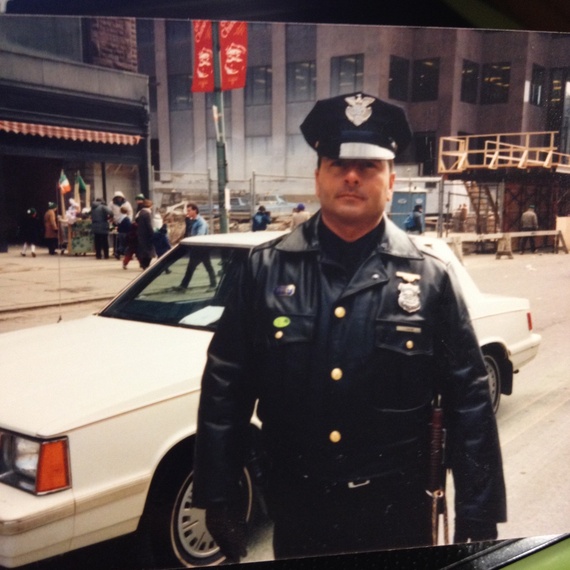 Tell us about his Vietnam days and how they affected his police career for good or bad?
Coming from a family of World War 2 veterans, Simone seemed destined for military service. He joined the Army and elected to become a paratrooper, which was no surprise given his drive to distinguish himself. Sent to Vietnam as a radio operator, he was quickly noticed by company commanders who wanted him for their patrol units. After proving his courage and leadership abilities during several firefights, he was promoted to platoon sergeant. He also spent some time as a "tunnel rat," crawling through the Viet Cong's underground maze in search of weapons caches and hidden guerilla fighters. Although he seemed fearless and willing to carry out any mission, no matter how dangerous, Simone was deeply affected by the deaths of several of his friends, particularly a medic named Ken Kotyluk.

By his own admission, Simone's attitudes about life and death were irreversibly changed in Vietnam - he came to realize that life was fleeting and fragile. He was severely wounded in a mortar attack and nearly lost his life. In Vietnam, he learned that those who hesitate in a combat situation are likely to be killed or wounded. He brought that sense of urgency and self-preservation to his police career. In an armed confrontation, Simone was aggressive and proactive. Because he'd been in combat, he also was confident in his abilities to lead other cops during searches for fugitives and showdowns with armed individuals. Simone trusted himself to be the point person. He was willing to take the risk, no matter what danger he was facing.

In law enforcement circles in Cleveland what is Simone's standing? He's earned hundreds of commendations so what does that mean to his peers?
Simone has a somewhat complicated relationship with other cops. On several occasions during his career, he had arrested cops and family members of cops for drunk driving and other offenses. So of course that sometimes made things difficult for him in the "locker room." Also, there were cops who were resentful of the media publicity that he received and his nickname "Super Cop." Many cops, particularly older cops, subscribe to the "blue code," meaning they gave and expected favors from each other. And that's not so different from the mutual courtesy that exists in many other professions.

Younger cops, however, seem to have a deep admiration for Simone. I suspect that's because of the legend he acquired as a fearless, no-nonsense, lawman. The majority of Simone's career was spent in a law enforcement culture that was more inclined to allow officers to use their discretion on the streets, even if that meant using physical violence. Nowadays, that aggressive mindset isn't as prevalent or tolerated. To his law enforcement admirers, I think Simone represents the tough, hard-boiled street cop of years past. But whether cops liked him or hated him, there seemed to be universal respect for his courage and his reputation for equitably enforcing the law.

Simone comes across as a gunslinger, like a sheriff from the old west, do you think this is a fair comparison and why or why not?
Yes, I do think it's a fair comparison. It's a fairly common perception of Old West sheriffs as moral absolutists who saw their world in black and white; good and evil. While there were certainly exceptions to those archetypes, I think it's convenient and gratifying for us to view heroes and villains in absolute terms -- the black hats and the white hats. My impression of Jim Simone is that there aren't too many shades of gray in his worldview. He lives by a strict code of right and wrong. That type of person - and Simone is no exception - are often interesting and charismatic, in part, because of their forthright manner and unwavering focus.

How many people has Simone shot or killed in the line of duty and has he ever faced scrutiny for it?
He has killed five people in the line of duty, and been involved in a dozen other non-fatal shootings. His first three shootings were quickly ruled justifiable, although the third shooting was controversial. In that case, Simone rushed into a church basement after a gunman. Simone killed the gunman, but not before the victim shot Simone and two other cops. After the shooting, some news reporters and even some cops thought Simone may have acted rashly and imprudently by entering the basement, rather than letting SWAT take charge.

The fourth shooting was also controversial because the victim was known to be depressed and was brandishing a gun that turned out to be unloaded. Eventually, Simone was acquitted of wrongdoing in that incident. But his fifth shooting was criticized by Cleveland political leaders because the victim was unarmed, although Simone didn't know it at the time. The man had just robbed a bank and Simone, who was off-duty, chased him down. When the man reached for his pocket, Simone shot him. The Cleveland prosecutor sent the case to the grand jury, which ruled in Simone's favor.

What is Simone doing nowadays since he retired?
He's still working in law enforcement. He works for Cleveland's court system serving warrants and he also has two part-time jobs as a police officer in communities near Cleveland. He hasn't slowed down a bit since leaving the Cleveland Police in 2011. In fact, Simone likes to say he's enjoying retirement because he now "only works 60 hours a week."

You can order the book here.