Certified is a beautifully shot, cleverly told short film about a postal worker whose day goes wonky. I had an opportunity to speak with the filmmaker, Luke Asa Guidici, about his creative journey.

Certified from Luke Guidici on Vimeo.

The inspiration for Certified arrived when Luke read Saki's short story "The Open Window." He knew right away that it was the perfect setup for a short film.

Luke had been developing various short film concepts for several years, but hadn't found the right project. He needed material that spoke to him as a filmmaker and that he could actually afford to produce. The Open Window fit those criteria. It was a contained story with only one location, required a small cast, and dealt with themes of the supernatural and questions of reality. "Plus, it had just a touch of the undead," Luke laughed.

Luke enjoys making films that feature unlikely heroes facing strong dilemmas in altered realities. In Certified, he got to "play around with the perception of reality." At the beginning of the film, we see reality through the eyes of the postman. But by the end, we are experiencing the story from another character's point-of-view. 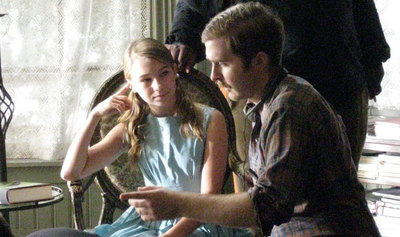 "I think that life is very much like this," Luke explained. "Each time we interact with someone, they have their version of the event, and we have our version of it. Somewhere out there is an 'objective truth' of what happened, but I'm not sure we can ever truly know it."

Luke first became interested in filmmaking in high school, when he took a TV Production class. The professor, Mr. Gary Smith, encouraged his students to experiment. He also let Luke take the class as an after-school elective, editing his own snowboard and skateboard videos. After that, Luke was hooked. 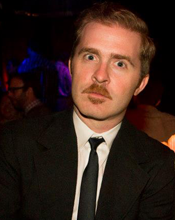 Each project has it's own unique challenges and difficulties, Luke said. For Certified, the problem was finding a location. It took him over a year to find the right house. He spent many a weekend and early morning before work driving around Southern California looking for a place that matched his imagination. You can see some of the locations that didn't make it here.

In general, Luke feels that the hardest part of filmmaking comes from the collaborative nature of the art form. "It takes a lot of people to make a film, and all those people are doing things besides your film. So you end up spending a very long time waiting for people, usually because they are genuinely busy."

To combat this problem, Luke recommends always having a few projects in various stages of development. That way, when one of them hits a roadblock, you can switch to another one and continue working.

As far as the joys of filmmaking, Luke said, "I make films for an audience. I want people to laugh and enjoy them. So getting to sit in a darkened theatre with a crowd of strangers experiencing my film for the first time is an incredibly rewarding experience."

Luke offers this advice to aspiring filmmakers: Invest in yourself. Spend the time, the resources, and the money to practice and improve your craft. Each day you should either do something creative, or be studying the creative arts. You don't have to directly be making a film. Write a poem, analyze your favorite TV show, go to a museum -- whatever it is, spend the time to make yourself a better, more knowledgeable artist.

At the moment, Luke is working on a few different projects, including a feature version of Certified, entitled Dark & Stormy, and a coffee table anthology of found-photos and short stories called "Found in Kitsap." You can learn more on his website.