Burning Man is an annual art and music festival that arises along with a temporary city of 50,000 people in a flat dusty expanse of the Nevada desert known to attendees as "the playa." Described as "an experiment in community, radical self-expression and self-reliance," it begins this year on August 29 -- and, for the first time ever, is sold out.

The debaucheries of Burners are legendary... and well deserved. Yes, many people consume copious amounts of drugs, from the legal (alcohol) and more innocent (pot) to the more adventuresome (acid, ecstasy, GHB, you name it). Yes, some people are naked all the time. But most people are at least partially dressed, and in magnificent costumes, from devils to disco cowboys to pink faux-fur bunnies.

And this is important. Reason enough for many people to attend Burning Man at least once. My philosophy with The Life Out Loud is to embrace every aspect of our human existence: the spiritual and the sloppy, the profound and the mundane. I believe that it's critical to one's well-being to party your ass off from time to time.

Aside from the blatantly self-indulgent aspect, Burning Man also comes under fire for being a massive waste of resources. Many attendees bring gas-guzzling RVs and generators to power their camps, sound systems and art cars. Guilty as charged, say I. At least major efforts have been made in the past few years to get more solar power on the playa, and into the local communities year-round.

Nevertheless, having attended Burning Man for nine of the past ten years, I can testify to its many benefits: psychological, emotional and spiritual. Here are ten reasons why you might consider making the pilgrimage.

PHOTO GALLERY
The Life Out Loud: Top 10 Reasons Why You Should Go to Burning Man 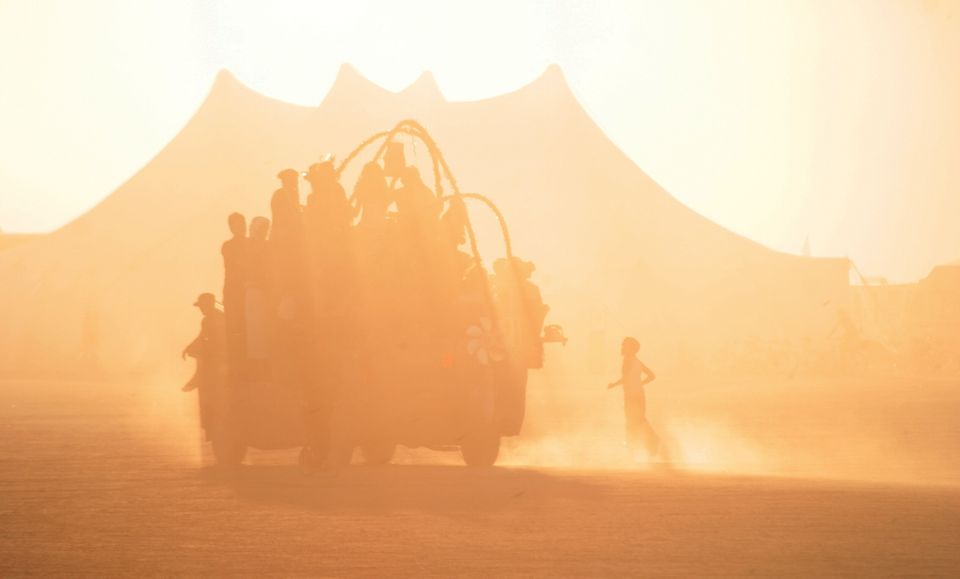 1 / 10
1. Surrender
At Burning Man, beautiful synchronicities arise. Once when I was exhausted, I said to my friend Christie, "I wish we could ride in an art car." Two minutes later, a Chesire cat vehicle came cruising by. The driver stopped, gave us Vitamin Water, and let us relax on a sofa under his shaded roof until we felt restored. At that moment, I stopped trying to plan and allowed the adventures to unfold. Surrendering to the Universe, I was invaded by peace.