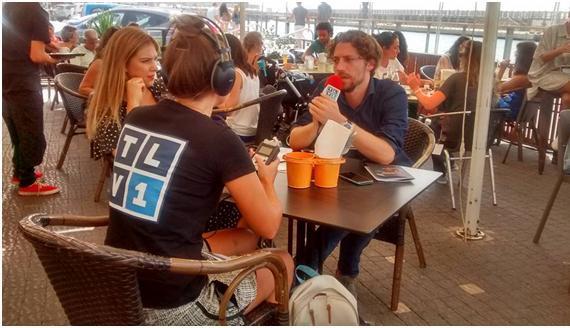 Interview from TEDx on TLV1 Radio

The details of the last few weeks are horrifying, but expected. As stabbings take place all over Israel, not only in the terrorist hotbed of Jerusalem, the routine of the violence permeates through Israeli society almost like business as usual. People mention the stabbings casually, if at all. The security has increased ever so slightly in Tel Aviv and Petah Tikva (the sleepy Tel Aviv suburb where I live and study Kabbalah, where an Israeli man was just stabbed outside of a mall). The numbness is felt. There is little hope of ever solving this problem and the current government seems content to delay solving this crisis. I have yet to hear a convincing plan on how to move forward from any politician, but there seem to be distinct schools of thought. There is the liberal perspective, the Shimon Peres perspective, that we should look at the source of this terror, find what the terror is the symptom of and the majority opinion of Israel that Netanyahu frankly declared to the Knesset this week, "We must understand once and for all, that terror does not come from frustration that there is no peace process. Terror comes from the desire to annihilate us (Israel)." Peres believes in a two-state solution, while I have yet to get a good sense of Netanyahu's thoughts or even if he has a desire to solve the conflict.

Though my opinion is closer to the middle than Peres, it was refreshing to see him speak at the TEDx White City event in Tel Aviv. Somewhat surprisingly, it seems to me the person who sees the brightest future in the Middle East is the one with the least hope of being a part of it. At 92 years of age, Peres holds onto the ideals of his mentor, the hugely idealistic, somewhat macho first Prime Minister of Israel, David Ben Gurion. Peres described Ben Gurion as an "innocent man." His innocence was what made the foundation of Israel possible in Peres' mind. The same idealism was what I felt lurking in the halls of the Ted Talks. The exchange of ideas and a vision for the future is why Israel has evolved so rapidly, in spite of a dearth of natural resources and the constant threat of war and terror. This is why it has been so disheartening to experience the numbness of this last wave of terror. Unlike the war last year, people in Israel have not yet come together. There is no clear vision for the future. 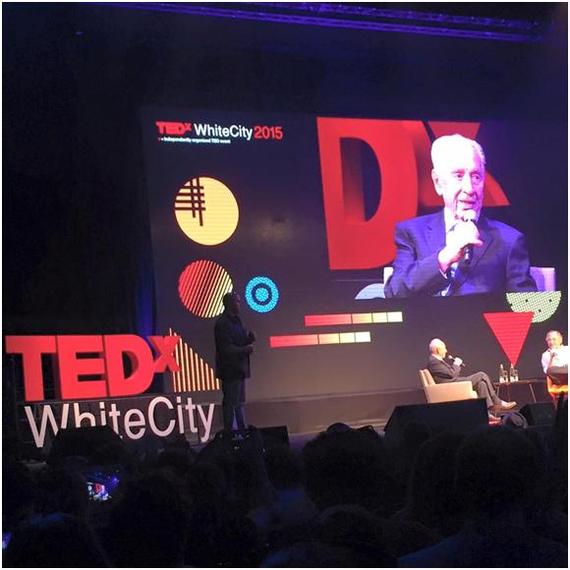 However, I am hopeful. The darkness only appears to reveal the light at the end of the tunnel. As this terror grows more pervasive, it will force Israel to overcome together. We will have to, as Peres commanded and as the wisdom of Kabbalah prescribes, "forget the past," and look forward to create a new reality. Though I don't agree with Peres that the Arab world will reform itself with the self-education available to the young oppressed people carrying smartphones, I do believe the century of Zionism has made people too weary to try to create new solutions. The younger generation that has grown tired of politics needs to reform the corrupt system, by building something new out of the waste the older generation has left behind.

As Peres went on with his sage-like speech, I felt connected to his outlook, if not his policies. His seventy years of service to the nation of Israel made it clear that "ego is the smallest thing in life," and he offered a choice to the audience of thinkers "you can be either small or be great...if you want to be great serve other people, don't try to rule them." Big people, he claimed, served great causes above themselves and found solutions through the power of unity. As Israel is further burdened and tired of the same old violence, I am confident our consciousness will evolve and that peace will not be a utopian dream, but a real viable reality. And yes, as you probably guessed, I will be running for President of the United States in 2020.