It's been said that Marie Antoinette's hair turned white the night before she was beheaded. The assumption is that the stress caused by her impending date with doom caused her locks to lose their color within hours. For what it's worth, most scientists debunk the story but at the same time, do acknowledge that stress can play a role in the gradual process of hair turning gray.

Women start to go gray around age 35; men turn silvery around age 30. Depending on genes and overall health, gray hairs can make their first appearance in high school or come as late as age 50 for some people.

To understand whether your teenager can actually be blamed for causing you to go gray, you need to understand a bit of our physiology. A typical human head has about 100,000 follicles, each one capable of sprouting several hairs in a lifetime. At the bottom of each follicle is a little hair-growing factory where cells work together to assemble colored hair. The color comes from a pigment called melanin. Hair that has lost most of its melanin is gray; hair that has lost all of its melanin is white.

But the jury is still out on whether stress actually causes hair to turn gray, and for the most part, at least anecdotally, you'd have to separate chronic stress -- ongoing stress that lasts for a few years -- from the kind Marie Antoinette was feeling as the guillotine loomed large.

A 2013 New York University study published in Nature Magazine claimed a link between long-term ongoing stress and hair color. In that study, the researchers found that hormones produced in response to stress can deplete the melanocyte stem cells that determine hair color. They found that stress causes the stem cells to leave our hair follicles, leaving hair gray or white.

Other research though says that the process of going gray is a multi-variable equation. Stress hormones may impact the survival and/or activity of melanocytes, but no clear link has been found between stress and gray hair, reported Scientific American.

All of which is to say, whether it makes you go gray or not, there are plenty of other reasons to try and reduce the stress in your life. Stress leads to high blood pressure, heart attacks, anxiety and depression -- which is why it's called the "silent killer."

And as for Marie Antoinette, one theory is that she had actually been gray all along and merely shunned her wig for the occasion of her beheading. Yeah, there's that.

The Link Between Stress And Gray Hair
Independent Woman's Anti-Aging Solutions -- How Far Would You Go? 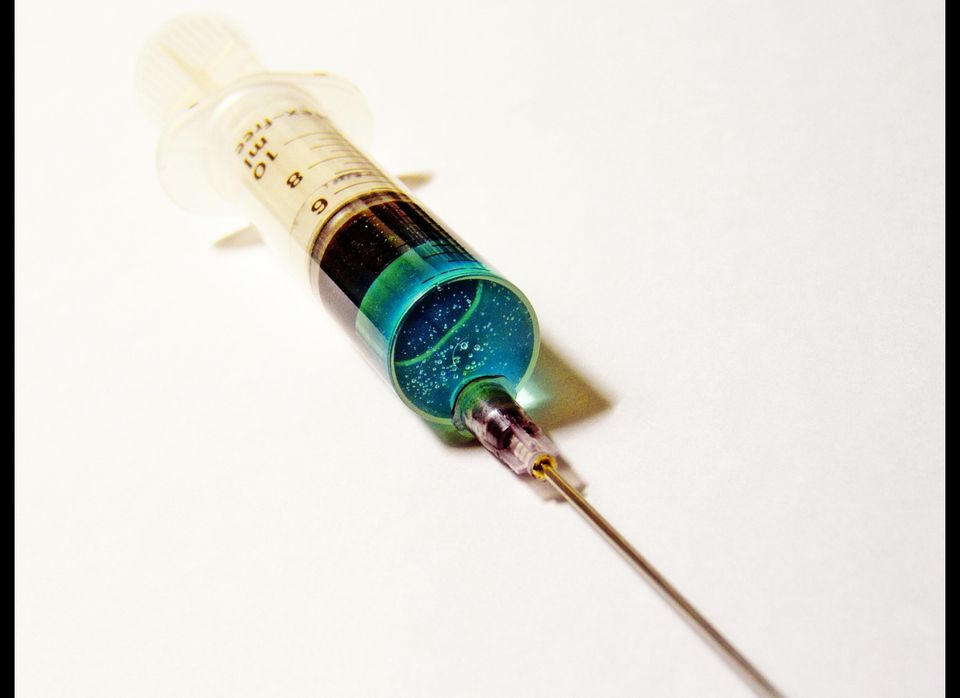