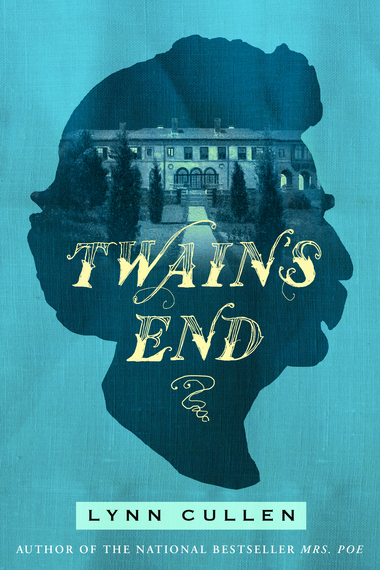 Lynn Cullen beautifully imagines the life of Isabel Lyons, secretary of Mark Twain, her historical fiction novel, Twain's End. Cullen's novel unravels how Lyons shifted from being Twain's beloved secretary who knew him better than anyone else to, as he called her in a 429 page document, "a liar, a forger, a thief, a hypocrite, a drunkard, a sneak, a humbug, a traitor, a conspirator, a filthy-minded and salacious slut pining for seduction." In this interview, she talks about her discovery process, public versus private personas, and where her research and imagination might lead her next.

Share your discovery process; how do you find the books and articles that informed your telling of Isabel Lyon's story? What first prompted you to capture her story?

After decades of resisting the urging of one of my wisest friends, I reluctantly looked into the life of Mark Twain as a possible subject for a novel. Strife drives a novel, and I wasn't expecting to find much of it in the life of the wry humorist who wrote such homespun Americana as Tom Sawyer. Well, like Isabel Lyon's mother says (with her typical questionable humility) in Twain's End, I can admit when I'm wrong. The man's life was one drawn-out battle--with mankind, with loved ones, with himself.

My study of Mark Twain began with the excellent biographies by Michael Sheldon and Ron Powers. I knew that I must write about Mark Twain/Samuel Clemens once I read in the Powers book that young Sammy's parents sold their only slave, a house servant named Jennie, when Sammy was six. Of the assorted slave dealers in Hannibal, the elder Clemenses chose one infamous for selling his "merchandize" down the Mississippi to certain death in the fields around New Orleans. Mental alarms clanged as I wondered what had provoked Sammy's parents to wish death upon the woman who had served them since their marriage. More importantly, I wondered what damage might have been done to Sammy's spirit by witnessing his parents' cruelty toward a woman who'd had an important hand in raising him.

At the same time, I was reading Sheldon's Mark Twain, Man in White, about Clemens's final years. I learned about Twain's abrupt termination of his relationship with the person with whom he was closest at the time. This sudden turnabout raised another of the alarums upon which I've come to depend when finding my way to the heart of a story. I then looked for biographies specific to the relationship between Clemens and Lyon. One, Karen Lystra's Dangerous Intimacy, takes Clemens at his word when he called Lyon the nasty terms listed above. The other, Mark Twain's Other Woman by Laura Skandera Trombley, presented a case for Twain's change of heart as a cover-up for the scandal caused by his daughter, Clara. Cherry-picking from these sources and more, I put together a case that not only suggests that Twain was covering up his daughter's dirty tracks, but ultimately sacrificed the person closest to him in order to maintain his image as the most beloved man in the world. To me, his overweening need to be adored came from his need to assuage his self-hatred and unconquerable guilt. Twain's End is the result of my personal search for the seeds of the shattering guilt with which he was wracked after the many tragedies in his life. I'm also pretty keen on giving Isabel Lyon a fair shake after more than a hundred years of infamy.

The personal lives of the Clemens's family stands in ironic contrast to Samuel Clemens' professional life as a writer and communicator. The family, Lyons included, suffer from a failure to communicate. Where do you think this failure stems from?

With the success that Clemens found after creating his Mark Twain persona, came the price he had to pay for it: Playing along with the act to keep the love of his adoring public. He soon learned that his image had to be more "sivilized" (his mocking spelling of the word) in order to be more palatable to his public. His choice for a wife in Olivia Langdon, the refined daughter of a wealthy Eastern coal merchant (Father Langdon was also a well-known abolitionist) aided in smoothing Clemens's small-town Southern boy's rough edges, of which he was self-conscious.

"Livy" quickly became his editor, purging his manuscripts of crudities. His daughters got in on the act of "dusting up" Papa's crude manners when with company . Honing the exterior of Mark Twain until it shone--allowing him to be just a little lovably naughty--was the Clemens Family enterprise.

By their teenage years, his daughters resented having to completely subsume their own identities into their roles as Mark Twain's bemused, adoring children. They could see that they weren't going to find relief for their father's need to control them. Twain's End illustrates several actual instances of his daughters' entreaties for him to be a regular dad for once, and to take the backseat during moments of importance to them. But time after time, Sam was unable to honor this simple wish. As much as he loved them, Samuel Clemens was astonishingly unable to empathize with his family; his failure to do so would hamper any chance of his ever communicating with them. 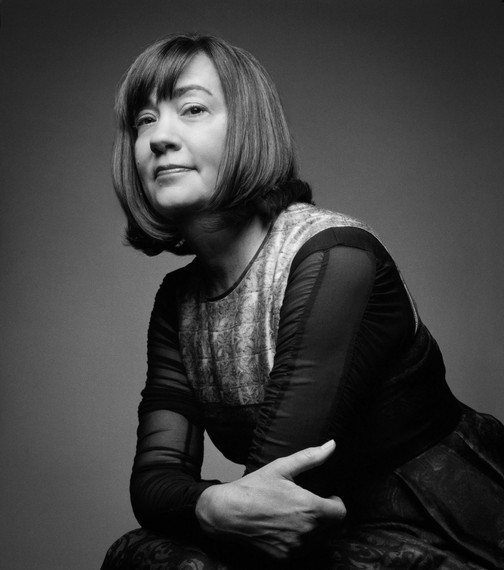 How do you balance research with the creative side of writing? Did you ever make a decision to divert from something you found in Isabel's diary or other research?

I don't ever consciously divert from the facts. It's my game with myself to compile all the details I've gleaned from biographies, autobiographies, period travel guides, and such; from my characters' writings; from family photographs; from my travels to every place my characters had visited together; and, in this case, from the entries of Isabel Lyon's diary, housed in the Mark Twain papers at University of California, Berkeley; and then see how they relate. My thrill is in finding the connections between all these bits. As a novelist, I have the freedom to use all these components to look at the larger picture. I'm not beholden, like a biographer, to take things my characters have said or written at face value or run the risk of appearing unscholarly--it's my job as a novelist to look for the truth which can be found between the lines. I live to decipher the unspoken and then to imagine "what if?" While I'm at it, I'm always looking for the universal truths that might be found through these real-life individuals' struggles. As Clemens well knew, important truths might be told through the guise of fiction.

In your last book, Ms. Poe, you explored the lives of Virginia Poe and her rival for Edgar Allen Poe's affections, Frances Sargent Osgood. Which historical figure might capture your imagination next?

I am homing in on painter Georgia O'Keeffe. I wish I could shut myself away and devote all my time to writing about her. Her battle against crippling self-doubt and overcoming her husband's control to become the most famous American woman painter absolutely fascinates me.