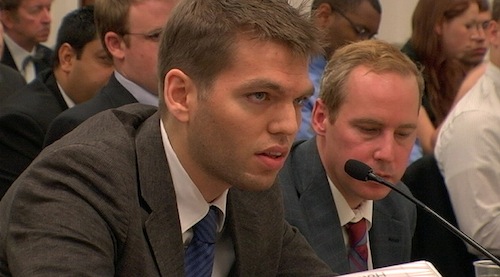 Is a war over the day the president proclaims it's over, or when the very last man comes home? Those were the contrasting principles I found myself silently debating while I watched Beth Murphy's latest film The List, a world premiere at this year's Tribeca Film Festival.

Whether or not we supported or believed in the Iraq war, Murphy skillfully bypasses judgment of action to tap into what she calls a "human moral obligation" to the Iraqis who fought on our side. If at this point you are envisioning armies of foot soldiers, wearing fatigues and carrying weapons, you are mistaken. Turns out the most useful allies of the US in the Iraq war were those individuals who simply allowed the Americans to be understood, to get around and to achieve some basic tasks. Tasks we may take for granted but which seemed insurmountable in a language and culture so different from our own.

And those are the same people the U.S. has grossly left behind, forced to fend for themselves in a new Iraq that now considers them traitors and enemy (read: U.S.) fraternizers.

But while I may be angry at the situation, my feelings will not help lead any of those everyday heroes out of Iraq. At the center of Murphy's fascinating film stands someone who actively does, the charismatic figure of Kirk Johnson. Johnson is a young, American real life Don Quixote who refuses to sleep, nearly literally, until the last of the Iraqis in danger has come "home," to their new safe haven in the U.S. He runs a program called The List Project which assists in getting these brave men and women and their families out of Iraq (and now Afghanistan, where a similar situation exists) and needless to say, that mission has come at a personal price, one that you will have to watch Murphy's film to discover.

At the premiere for The List, I got to meet one of the people featured in the film, the charming, strong Anna, there with her beautiful teenage daughter. It was perhaps the most important personal moment at this year's Tribeca, to finally be able to thank face to face a woman who has risked her life, and given up everything, to make sure our idea of democracy is spread to her own country, where she may never be able to return again. It reminded of that Janis Joplin verse: "Freedom's just another word for nothin' left to lose."

I sat down with Beth Murphy during the festival and asked her a few things about her incredibly important film, but also how motherhood has changed her and what she wishes her daughter to know when she grows up. 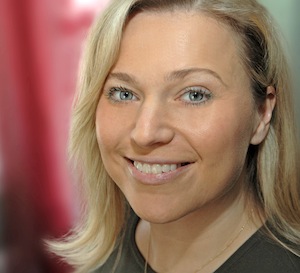 What was the spark for deciding to make this film?

I volunteer on a board that deals with immigrant and refugee issues, it's the International Institute of New England and we have a resettlement department, so when refugees are being resettled in the Boston area, our department is one of the ways that they can be resettled. In 2007 we were anticipating quite an influx of Iraqis, just beginning at that time to be chatter about this really unique population of U.S. affiliates who were in danger. So at the Institute, the resettlement department was waiting, expecting and preparing and then nobody came. I was curious and wanted to find out more, it was a red flag, where were they? Were they going somewhere else? Were they just not coming to America, what was going on? I started making phone calls and I was already thinking along the lines of making a film but it can't just be an issue, you want to be able to highlight a human rights or social issue through a very personal story. So I didn't know when I met Kirk could he be that person? Maybe, maybe not.

And then, once you met Kirk Johnson?

It was very clear to me, that what he was doing was absolutely the right thing and that the story could be told through his eyes.

Are you afraid that you are hitting us, if we are not ready to receive it, with a message that's going to be controversial, and attack the all-American ideal that we're always doing good in the world?

I think it has to be this message and I don't think it should be controversial. To me it seems so obvious that we have a moral obligation to this population. How could we not? I think, how could it be any other way? This is really the beauty of what Kirk is doing, it removes us, at least it removes me, from all of the politicization of the war in Iraq. This isn't about "were we right to invade", lets table that. That's not what we are focused on. We're focused on this really profound moral question about who we are as Americans, and how we are willing to treat people and the legacy that we are leaving for another country, the legacy that we are leaving for ourselves as America.

Definitely. I think that it helps me... I'll just give you a teeny bit of background. I'm writing a book, focused on this issue, things that I want to teach my daughter, and it's focused on people I've met during my filmmaking, people who have been very inspiring to me and have taught me a lesson and the lessons I would like to share with her. When I think about the kinds of film that I want to make, I want them to teach me something and now I think very much about what they can teach her. I have thought a lot about how these films and how the people that I meet through working on them can communicate to her.

Can you think of three words that describe you?

That's a question you should have asked my mom! But I guess hardworking, tenacious and positive. I really find it hard to be around negative people. It's about the possibility of what can happen and believing that it can be achieved.