A few years ago, when I got the idea to resurrect the ghost of Dorothy Parker in a novel (FAREWELL, DOROTHY PARKER/Putnam) I thought it would be fun to start a Facebook page in her name and connect with other fans. My idea was simple: I would post daily quotes and poems by the great wit, and, with any luck, uncover a few hundred people who loved her as much as I did.

Two years later, facebook.com/DorothyParkerQuotes had over 70,000 followers, and is still going strong, attracting more and more fans every day. Best of all, they're engaged with page--commenting, quipping and even sharing, so that even now, 45 years after her death, Dorothy Parker continues to draw new fans.

And is it any wonder? Her quotes are as fresh, funny and outrageous now as they were in the 1920s.

Consider:
"Take me or leave me; or, as is the usual order of things, both."
"This is not a novel to be tossed aside lightly. It should be thrown with great force."
"Heterosexuality is not normal, it's just common."
"I hate writing, I love having written."
"That woman speaks eighteen languages, and can't say 'No' in any of them."
"Ducking for apples--change one letter and it's the story of my life."
"You can lead a horticulture, but you can't make her think."

Of course, Dorothy Parker is not the only lively dead author online. There are hundreds of sites where fans can connect with their favorite departed authors. Here are some of the best... 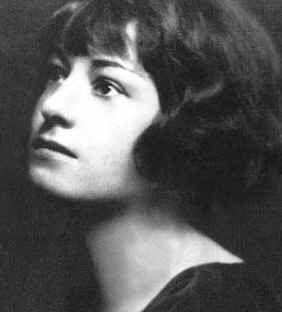 1 / 9
DOROTHY PARKER
Who: American poet/critic/short story writer/satirist, 1893 – 1967 Where: <a href="http://www.facebook.com/DorothyParkerQuotes">http://www.facebook.com/DorothyParkerQuotes</a> Why: In addition to receiving daily poems and quotes such as “Brevity is the soul of lingerie,” followers can interact in energetic discussions with fellow Dorothy Parker fans.