When novelist Lou Berney was 13 years old, living in his hometown of Oklahoma City and working at Braum's, two men and a woman robbed the local Sirloin Stockade, murdering six employees in the walk-in freezer. Four of the murdered employees were teenagers. The horror of the killings stayed with Berney, changing both the way he saw the previously safe-seeming city and the world. He could imagine what those kids might have been feeling in their last moments as they knelt on the floor of the walk-in freezer. Three years later, two teenage girls vanished without a trace from the State Fair. These two tragic events -- connected by geographic location and by their inexplicability -- stayed with Berney, both haunting him and driving his third novel The Long and Faraway Gone.

The Long and Faraway Gone is that rare literary gem -- a dark, quintessentially cool noir novel that is both deeply poignant, and very funny. Set in Oklahoma City, the dual tragedies in the novel -- that of the murder of five movie theater employees in September 1986 and the disappearance the following month of a teenage girl at the State Fair -- mirror those experienced in the Oklahoma City of Berney's teenage years. The novel explores the impact of the deaths and disappearance on two people: Wyatt, who at 18 years old was working at the movie theater on the night of the murders and was the only employee on-site to survive the robbery; and Julianna, who was 12 years old the night her big sister Genevieve disappeared. Twenty-six years later, both Wyatt and Julianna continue to be defined by their proximity to the tragedies and by their own personal sense of bereavement. 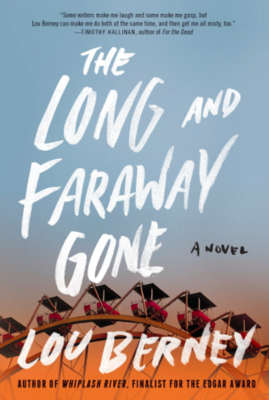 While Wyatt changed his name and left behind both Oklahoma City and everyone who would remember him as the lone survivor from the movie theater murders, he still struggles with the question, "Why am I still here and all the others gone?" In contrast, Genevieve stayed in Oklahoma City and searched relentlessly and fruitlessly to find answers to how and why her sister disappeared. When a private investigation job brings Wyatt back to Oklahoma City, he is forced to both face memories of his long-dead friends, and reconsider the facts of the movie theater murders. At the same time, the main suspect in Julianna's sister's case reappears in Oklahoma City, driving Julianna to escalate her hunt for answers to her sister's disappearance. Her mounting desperation to find out what happened to her sister drives Julianna into dark and dangerous company, as her life and mind begin to unravel.

Wyatt and Julianna act as perfect foils for each other, showing that while people may respond differently to calamity, all are haunted by the questions that remain. Both characters seem to have lost, not just the people or person they loved the most, but also their ability for intimacy, for true human connection. The tragedies they have survived have left Wyatt and Julianna outsiders, observers unable to participate fully in their own lives, or to create meaningful relationships with others.

Oklahoma City becomes the third major character in the novel. Almost a decade after the movie theater murders and Genevieve's disappearance, the Murrah bombing literally rocked the city, bringing a collective grief and devastation. But in the aftermath of the bombing, revitalization money poured in, allowing the city to flourish in new and unexpected ways. Berney deftly illuminates the way that the city has changed and grown by showing it through Wyatt's eyes as he returns for the first time since high school. It's almost as if Wyatt can scratch the paint off of the current thriving Oklahoma City and see below the struggling oil bust town he knew so well in 1986. And so Wyatt and Julianna's loss, grief and struggles toward redemption represent -- on a smaller and more personal scale -- what the city itself has been through. 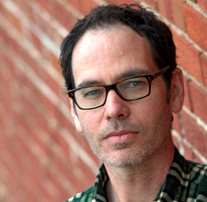 Lou Berney
The Long and Faraway Gone follows Berney's first two novels Gutshot Straight and Whiplash River, which are both part of the Charles "Shake" Bouchon trilogy. Berney fans eagerly awaiting Shake's third installment should be happy to read The Long and Faraway Gone in the meantime. Berney remains true to his brilliance as a crime writer -- the novel's graceful plotting provides both gasp-inducing surprises and answers that are complex, satisfying, and never pat. As in his first two novels, Berney creates both male and female characters who are refreshingly fully formed, and whose flaws and ferocity make them both loveable and believable. With The Long and Faraway Gone, Berney accomplishes the admirable feat of writing a book about murder, grief, and human pathos that is as hip, hilarious, and entertaining as it is wrenching, beautiful, and ultimately redemptive.