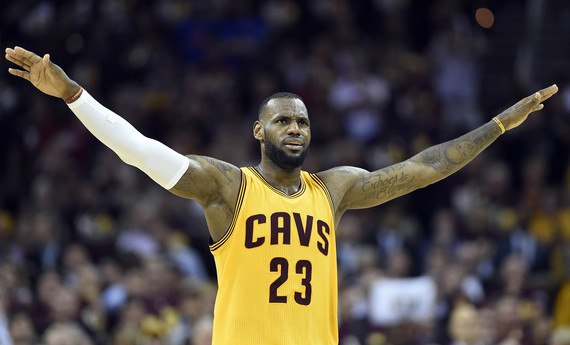 This past week, I attended the Sports Leaders Conference in London at the Chelsea FC stadium.

My agency, Situation, specializes in entertainment and sports marketing, so I was interested to hear how my colleagues from around the world are feeling on the current state of the business. Long story short, I'm very happy I took the trip.

The organizers did a masterful job of curating the conference by tackling the most pressing issues sports marketers face today -- ranging from the growing eSports market to the rapidly changing content distribution models to the differences between our current fans and the next generation. (Yes, it was a lot to digest!)

If I had to sum up my takeaway from the event as a whole, it would be this: Change may occur slowly, but so will the preparation required for changing the habits and norms of the clubs and leagues striving to remain relevant for decades to come. While it was clear the room couldn't exactly predict consumer behavior over the next decades, the conversation from the experts on the stage focused squarely on the importance of exploring new territories now. Though the speakers and topics were varied, there were four clear questions that drove the conversation across the board.

1. How do we recruit the best talent to ensure we're well armed to tackle the complexities of our changing market?
While there are plenty of perks when working in the sports and entertainment business, it's no walk in the park. People work tirelessly in a fast-paced world they have very little control of. I know this first-hand as I spend significant time and effort designing a workplace culture that is centered on my employees' needs. I would argue it's the single most important strategy that has kept us growing over 15 years!

That's why it was a breath of fresh air to hear from Scott O'Neil and his work with the Philadelphia 76ers, the New Jersey Devils, and his passion for taking care of his people. From incentive programs, to charitable hours, to clear training paths for success, his passion for creating an amazing workplace is inspiring. But beyond inspiring, my hunch is that he also knows that to succeed in a space of rapid change, he needs to retain and recruit the best talent.

2. Who controls the narrative?
From the athletes' perspective, there is clear interest in understanding content distribution as it relates to their personal brand. They have more power and control over the value of their brand than ever before, but how will that evolve over time? I was particularly interested in what Maverick Carter had to say through his venture Uninterrupted - a new platform that gives athletes a direct vehicle for controlling their message. (A savvy marketer, I highly recommend you listen to an interview with him on Recode/Decode.) He should know the importance of it - he oversaw LeBron James' many infamous media announcements over his career. As more athletes become brands themselves, the conversation about equity in the fan relationship between the athlete, the team, and the league is a conversation that I'm following closely.

3. How do we define our brand experience?
The conversation around eSports is one that has many marketers at the edge of their seats. They hear about massive growth and the opportunity to extend their brands to new territories. But I can't help but feel that when eSports comes up, 90% of people look like deer in headlights. How are we going to monetize this? How are we going to make sure this doesn't cannibalize our live audience? How does this impact our viewership?

Most marketing executives in their 40s and beyond simply aren't native to eSports, have very little understanding of the complexities in the gamesmanship, and don't have an innate sense of what drives this audience and its surrounding culture. We heard from a range of excellent speakers on the topic but I had one major takeaway from it all - it's here, it's real and it's only going to grow. So, start exploring.

4. How can we ensure the live experience remains relevant in a technology-driven world?
I was excited to hear the vision of new Major League Soccer club Atlanta United FC. Aside from building one of the most ambitious new stadiums in the country, they communicated two core principles that particularly resonated with me. First, they strategically built the stadium in the city, in the heart of the community - not outside the city or in the suburbs. It's admirable that they took this route - which is clearly much harder to accomplish - but will pay off exponentially in terms of their relationship with the community. Second, they prioritized affordable concessions. They are proactively choosing out of the gate to make the experience for the community and priced appropriately. In a marketing world full of jargon, the idea of cheaper hot dogs may ultimately prove to be the most effective, gutsy move that will not go unnoticed by fans. Major League Soccer is in the midst of rapid growth for good reason - they masterfully view their fans as the product. It's satisfying to see them double down on this strategy in what I'm sure will be another successful sports franchise.

Along those lines, we also heard from the Cleveland Cavaliers and the amazing work they are doing in their communities. In one of the biggest underdog stories in NBA finals history, the Cavs continually make investments to connect their community (not just those in the stadium) with the game. From viewing parties that raised money for local charities to inviting local vendors to participate in the festivities, the Cavaliers scored big with their community by bringing them along. I like to believe that those good deeds played some karmic role in their miraculous come back. Good things happen from good gestures.

As I said in the beginning, I'm happy I took the trip. Kudos to the organizers of the event for a classy, informative conference. Next year, I'd love to hear more about ticketing and the balance between maximizing revenue per ticket without isolating the team's most dedicated fans. There are still too many empty seats across too many stadiums, and that isn't good for our pockets or the fan experience.