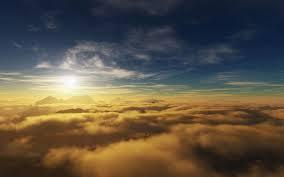 When the day arrives, the day you dreaded, the day you know that you put so far into the back of your mind, it had no possibility of ever coming true. In fact, that what the doctor said, "You have a better chance of dying of old age than of chronic lymphocytic leukemia," we believed him.

Several years into the progression of the disease, I had heard mom complain of feeling tired so much and that she just wasn't herself. I knew it but encouraged her to get out more... take a walk. Little did I or anyone else suspect that it was her time and now we must realize that we are getting closer to the end. Yes, the end of Mom's physical existence on this Earth's plane. Big changes are coming. She has survived losing her parents, having three children by the time she was 20, getting a divorce, going back to school and becoming a nurse and then many operations over the years, getting remarried and losing a son and years later her second husband, and now leukemia. Through it all, she says she has had a wonderful life and she is ready.

When the doctor ordered hospice to get involved, I was not ready. Wait, she is still playing cards, getting her hair done, going shopping and on picnics. She appears way too active for the end. In the end, the numbers don't lie. The white blood count is raging through and blowing out the red cells. The spleen is getting larger and is painful. I find the alternative approaches and Mom says no. No to chemo, (I do not blame her)..no to heroic measures. Unfortunately persons of my mom's generation believe that anything alternative is mostly "hocus-pocus" and tend to believe that doctor's are the last word.

So now I have returned home to help to stabilize what is left of her time. Although I had ushered others through the end of life in similar situations. This is very personal, after all, this woman, this person who has known me everyday day of my life, who indeed knows me better than I know my self. Tells me she has had a wonderful life and is so grateful for everything.

Everything is the house will be gone, in that it will go to family, hospice or sell. The idea of a garage sale seems crazy so, I am pushing that aside. There is the task of deciding what to keep personally. I have opted to scan what can be scanned; photos, paperwork and film.

When she has a bad day, I try to be more gentle and offer comfort. Other days, we talk and operate normally as I do not want her to feel dependent so I let her do more.We pour through family albums and mementos and she recounts stories with them all. She is filling in the gaps in my memory, but to her, they were like it happened yesterday. I look into her serene blue eyes and revel in all of the joy in her memories. I have heard more stories that I never knew. They fill in so much about the person than just mother. She is always kind and has an extraordinary sense of fair play. She never has been unkind to anyone and has gone out of her way her entire life to help others including becoming a nurse when we were off to college. I know how lucky I am to have her as a parent and true friend.

There are days that I am okay. I stay busy with organizing and keeping things up on the property. And then, at night, I lie and bed and it hits me that I am so grateful to have these days with her and I doubly grateful that for 90 percent of the day she is relatively pain-free thanks to medicinal strength Tylenol and sometimes morphine

Although there is no time frame here, I have been told 3-6 months and she is already into the fourth month. I pray she that goes in her sleep. As I said earlier, her wishes were no hospitals, no heroic measures and she has signed the directives. There is family and friends now who have flown in to say their goodbyes.

Once, many years ago, I spent a weekend with about 15 people in a seminar hosted by Shirley MacLaine. We arrived Saturday morning, sat in a circle and each of spoke about what was on our mind and what we hoped to accomplish with each other. Shirley spoke and told us that her father has passed away the night before in North Carolina. I know I was surprised that she would be with us when she might have been there with the family. She said something so profound that it has changed my thought of death. She said that she and her father no longer have distance to separate them anymore. I got it. Everything he was, was his spirit and her memories, not his body. Physicality was no longer a part of the relationship and he was with her full time now. And year later, my dear friend, Marianne Williamson spoke of "dropping the body'" and although we cannot see them, it doesn't mean that they are not there. Dropping the body leads them to broadcast on channel 7 and we were still on channel 2.

My mission is now to be here with her, hold her. comfort her and thank her for everything she has done. These days of preparation and organization are blessed with so much that in the end, it will be difficult to say goodbye. The best I can do will be to honor who she was and continue to be inspired be her actions to be more like her. Those are my wishes.