We've become hyper-focused on the top of the leadership curve, and ignored the long tail of potential leaders below. As we've built leadership narratives around a single person engaging in super-sized acts of leadership, we've left behind a distorted view of who can become a leader, and what leadership truly looks like in practice.

While we've been focused on the top 1% of leaders, the challenges we collectively face have become increasingly complex, interconnected and systemic.

Together, these two forces have presented us with challenges--locally and globally--that our current, anointed leaders are ill-equipped to solve on their own.

It's time to rethink what being a leader means, and who can be one.

This is a call to action for society--both for current leaders in power, and for those who have never thought of themselves as leaders before--to realize that the solution to our problems rests not on a single heroic act of leadership, but rather the recognition that the world is filled to the brim with potential leaders. 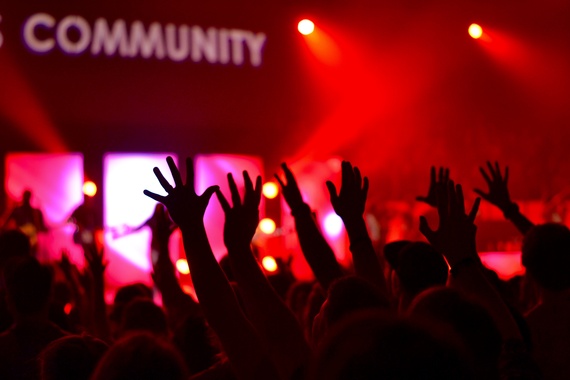 In his influential book "The Long Tail," Chris Andersen explains how consumption of media is "increasingly shifting away from a focus on a relatively small number of "hits" (mainstream products and markets) at the head of the demand curve and toward a huge number of niches in the tail." (More on his long tail theory is available here.)

As we shift away from a small number of leadership "hits," and toward the diverse and varied leaders distributed in "the tail," so too does the definition of leadership shift.

Changing the Act of Leadership

This narrative, however, has obfuscated what it truly means to be a leader. Leadership is not something bestowed upon a person by virtue of a title or position, but rather the sum of a continuous series of opportunities, in which that person consciously decides to display acts of leadership.

Leadership is not a single act, but rather a continuous mindset to serve others. And it's therefore egalitarian--there's no requirement to wait until being anointed a leader, in order to be a leader. Rather, it's something each of us can choose to do every day through our own actions, whether we are an intern or a CEO; a parent or a child; a contractor or a client.

Changing the Face of Leadership

As a result of this, the face of leadership is quite literally changing before our eyes. Whereas the first 43 US Presidents were all white Men, the image of Presidential leadership is beginning to diversify, to include people of color and--perhaps quite soon--women as well. This is already a lagging--rather than a leading--indicator of where the pendulum of leadership opportunities is swinging.

Leadership is no longer defined simply by having access to the nuclear codes, a large staff of direct reports, or a single, pressure-filled decision to make. Rather, the opportunity to display acts of "microleadership" is available to billions of people, trillions of times per day.

Organizations are getting flatter; hierarchies are collapsing under their own weight. Networked technologies that empower the individual to amplify their voice, their message and their opportunities for engagement, mean that the picture of the lone CEO sitting in his office is quickly fading. It's being replaced by a complex web of diverse leaders, giving themselves permission to engage in acts of leadership.

Leadership has gone from a symphony with a single conductor at the front engaging in visible, role-defined acts of leadership, to an improvisational jazz band where each individual musician takes turns leading and following, guiding and supporting, all while empowering their fellow bandmates.

The faster we all recognize the power, potential and possibility that rests in the long tail of leadershp, the faster those of us within the tail will give ourselves permission to lead. Soon enough, current leaders of corporations and governments will embrace the power in the long tail-- and the more leaders, leverage and likelihood we will all have for creating a new and brighter future.

Hey! Don't go yet: I write a weekly email for changemakers and leaders who want the tools and inspiration to create the future. I'd love for you to join us, the next billion leaders, at The Changemaker Toolkit!