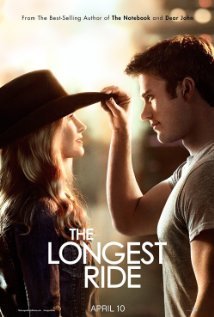 Based on the best-selling novel by Nicholas Sparks, The Longest Ride intertwines the love stories of two couples, decades apart, in this romantic drama. Starring Scott Eastwood, Britt Robertson and the imitable Alan Alda as the curmudgeonly old man, you're almost certain to shed a tear or two. KIDS FIRST! Critic Keefer B. comments, "There are many morals in this movie. The one that stands out to me is, "Focus on the things you have, rather than the things you don't." Gerry O. adds, "This new romantic drama is a fantastic mix of adventure and romance. Although it is a romantic film at heart, there are many other aspects that will make everyone find something they like about it." See their full reviews below.

This new romantic drama is a fantastic mix of adventure and romance. Although it is a romantic film at heart, there are many other aspects that will make everyone find something they like about it. It has a little sparkle of comedy, which makes it entertaining and great story line. There is a true feeling of thrill with a core of adventure and heart-warming discoveries.

The film is about a famous bull rider named Luke Collins who, after one year of recovering from an accident, is back on the bull again trying to make a comeback. At his first match, he has to climb the fence to escape a bull and accidentally throws his hat to a girl named Sofia. They end bumping into each other later and start dating. On the way home from the first date, they rescue a elderly man named Ira from a car on fire. And that's what starts the beautiful double plot story that comes to an unbelievable culmination at the end of the movie.

This film is breathtaking. Produced by the same people that gave the world The Fault In Our Stars, they created something unique by running the two stories in parallel. The director also makes it so each story has vivid colors so you concentrate on specific points and makes you feel like it is a certain time or age which I think is a wonderful idea. The acting is phenomenal and in both stories they fill in each other's gaps making it very entertaining. Speaking of entertaining, even though it is called a romantic drama, I think it is just a heart-warming story that has potential to become a classic.

My favorite scene is when Sofia and Luke meet. You think it is very coincidental which kind of makes it funny. However it's well done and shows how they were meant to be together. I also like it because Sofia, an urban girl who always puts school first, hooks up with Luke, a cowboy (yes, a true cowboy) who lives on a farm and rides bulls. It is completely unexpected. However, when they meet, you see how it can become true.

This film is very mature and has quite a bit of sexuality displayed so, I recommend it for ages 14 to 18 and give it 5 out of 5 stars.

This heartfelt film takes two love stories and combines them into one. Luke (Scott Eastwood) and Sophia (Britt Robertson) are two people with different goals that stay connected after saving an old man, Ira (Alan Alda), from a car accident. Sophia visits Ira in the hospital and reads letters that reveal the history of love and challenge between him and his wife Ruth (Oona Chaplin).

The most investing and romantic tale is Ruth and Ira's which starts in the 1940s. Their story is the highlight of the film. However, the film's greatest aspect is it's downfall. As I listen to Ruth and Ira's tale, I'm captivated by their story and feel wrenched away from the lovers as I am brought back to Luke and Sophia touching story line. I understand the concept is used to connect the two similar love stories, that eventually intertwine. But, the film's main focus is towards Luke and Sophia and I feel the real story is about Ruth and Ira.

Both stories have huge potential for being their own film. At times, it feels as if the film makers force these two stories together to make them work as a whole. I know this script is based on a popular book, by the same name, written by Nicholas Sparks. I also know that a book and a movie are two different things and are perceived in two different ways.

Every actor in this film puts on believable performances. The heart and tender romance between each couple is honest and loving. I love a good romantic film and the couples in this movie are a lovely addition to the world of cinema.

My favorite scene is when Ira is given a simple portrait of his wife's face. Ira and Ruth spent their life together collecting irreplaceable works of art, but this painting reminds him that the true work of art is the life they made together. This is one of the rare times that a film made me cry.

My favorite character is Ira (Alan Alda and Jack Huston). Both Jack and Alan's performances are outstanding. Jack, who plays the young version of Ira, shows the supportive loving husband. Alan, who plays the older Ira, starts out as a bitter old man but, as he shares his story with Sophia, he becomes more open. Both performances make for one great character.

There are many morals in this movie. The one that stands out to me is, "Focus on the things you have, rather than the things you don't." Ruth and Ira try everything to have children, but can't. They're distraught, but remember they have each other and that's enough

I give this 4 out of 5 stars and recommend this to 14 through 18-year-olds. There are sensual scenes and partial nudity in the film that are inappropriate for younger kids, but it's a memorable film for couples ages teen through adult. There's plenty of love and passion to makes this a another great romance film. This can be seen in theaters April 10th. 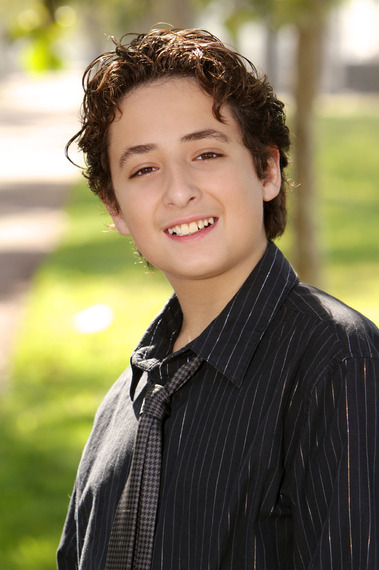 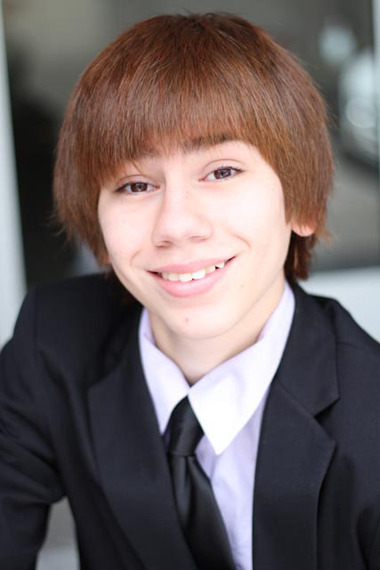