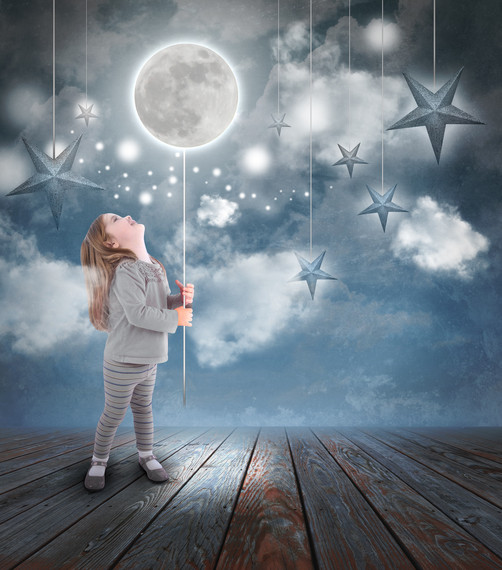 A daydream is a meal at which images are eaten. Some of us are gourmets, some gourmands, and a good many take their images precooked out of a can and swallow them down whole, absent-mindedly and with little relish. - W.H. Auden, English Poet

I spent the better part of 5th grade staring out of the classroom window on the third floor of an old school building in Wendell, Idaho. My endless daydreams were an irritation to my teacher Mrs. Gates, but I earned good grades so she couldn't complain. I yearned to seek adventures and tell stories of life beyond the limitations of the dusty blackboard and the hard wooden seat.

I studied clouds, watched the traffic coming and going, and wondered about the people who scurried below as I imagined grand adventures. After pondering the world beyond my classroom, I often wrote poems and short stories on my Big Chief Tablet. Most of the adults in my life considered this activity a waste of time, so I kept pages of written words in shoe boxes in my closet. They became my private stash of contraband, but they propelled me to keep writing.

During my volatile teenage years, music was my salvation as I listened to The Monkees sing "Daydream Believers" and the Lovin Spoonful sing "What a Day for a Daydream." In 1973, I graduated from college and drove to freedom as an 8-track tape in my car played Aretha Franklin singing "Daydreaming." Music continues to prompt spontaneous daydreams, and I'm fond of an eclectic variety of tunes: "Go West" by the Pet Shop Boys, "Song for a Winter's Night" by Sarah McLachlan, and anything by Il Divo. 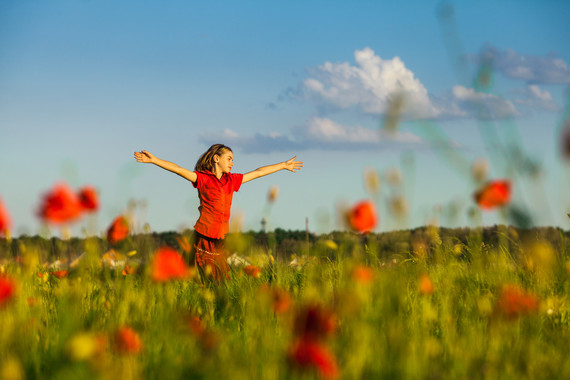 The dictionary describes daydreaming as a short-term detachment from reality when one's surroundings are substituted by a visionary fantasy, especially one of happy, pleasant thoughts, hopes or ambitions, imagined as coming to pass, and experienced while awake. Anyone who ever sat through a boring lecture or drove a long distance through barren scenery knows the value of short-term detachment. Sometimes it's necessary to keep the car on the road and allow your mind to wander somewhere else. Just don't miss your exit.

What happened to the art of daydreaming? According to a study published in Psychology Today, a researcher named Eric Klinger noted that some educational psychologists in the 1950s warned parents not to let their children daydream for fear that the children would be sucked into neurosis and psychosis. In my own family, everyone was expected to work and be productive, so daydreaming was discouraged and even ridiculed. I became a covert dreamer with a wild imagination.

I believe several factors impede the positive nature of daydreaming. Instant gratification impairs the magic of desire. Also, many students don't know how to daydream because they are programmed and seduced by electronics or over-stimulated due to an overloaded schedule of extracurricular activities. If they sit still or try to meditate, they're so tired they fall asleep.

Caveat: Some forms of withdrawal are symptoms of serious and complicated problems such as depression, maladaptive daydreaming syndrome, or attention deficit hyperactivity disorder. These detachment issues should be diagnosed and treated by professionals.

I still remember the windows in my elementary school as invisible barriers between the world and me, but they couldn't restrain my imagination. I think today's public schools look like prisons. They resemble military compounds designed to confine students and limit their creativity. The few windows are dark and protected, and can't be opened. How can any marvelous ideas wiggle in and spark delightful thoughts inside the fertile minds of curious children? 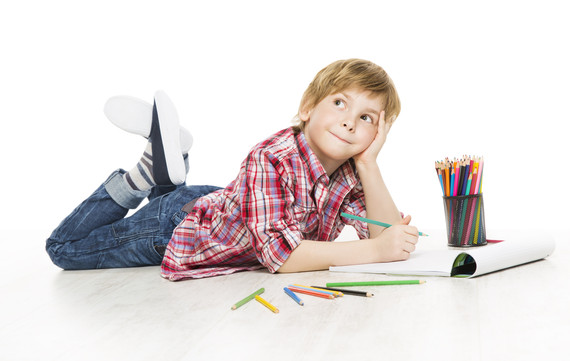 I've read that schools can't have windows because of security reasons, high expense, and the need to reduce vandalism. Maybe with the guidance of dedicated teachers, students could be encouraged to explore beyond the walls and encounter the world with all their senses. Maybe then there would be fewer disenfranchised children who resort to vandalism and other crimes. In my opinion, that is worth the expense.

Here is one more daydream: I envision a grand orchestra playing powerful music as children burst forth from their schools, scatter outside, and find the freedom to express themselves. Look, kids, what's beyond that field? What does that cloud resemble? Do you hear music in the breeze? Can you see that old cottage and tell me a story of people who used to live there? Imagine that.