We stood at the edge of the water. The girls crouched down in the sand. They were looking for the perfect rock. My 5-year-old knew exactly what she had in mind. She was scouring the ground for the biggest, flattest rock possible. The 2-year-old's criteria involved digging up any item that looked remotely like a rock and then she would hold it up triumphantly once she found it. 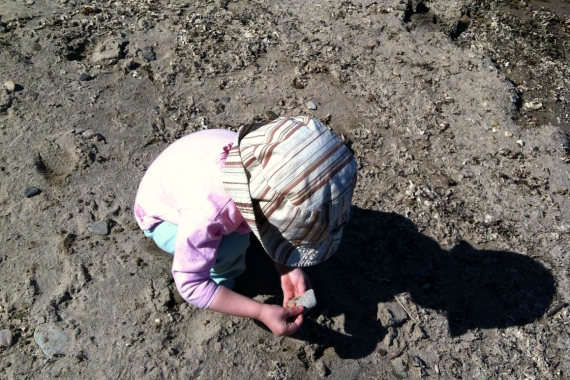 With rocks in hand, we tossed them into the water. It seemed I had forgotten how to do this simple activity. My first few rocks landed with a loud splash. However, after several tries, I began to see my rocks gently skim the top of the water. I would select another rock and throw it, counting each time it skipped and bounced. Then, my competitive side came out as I tried to skip the rocks farther than my husband. This activity seemed natural for him. It's as if he knew exactly which rock to pick, how to grip it perfectly and toss it with one graceful, yet swift, movement.

The girls participated too, throwing their rocks with a splash, plop or plunk. It was a peaceful moment for our little family. The birds chattered away in some trees nearby, waves gently hit against the dock and there was the soft hum of motor boats in the distance. 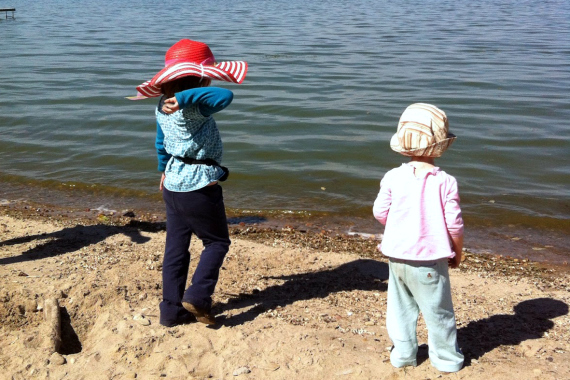 As we stood there, it occurred to me how much we've lost to the hectic pace of a technologically advanced society. The art of skipping rocks, an intense game of marbles, hopscotch, kick the can and flying kites are just a few of my fondest childhood memories. Then there's capture the flag, four square, cat's cradle, pick-up-sticks and jacks. I also recall the simple fun of sledding, making snow angels, weaving crowns out of dandelions and whistling with quack grass.

I have vivid memories of childhood play... free, wild, and imaginative play. I remember when I was a little girl, the neighborhood children would gather and spend a significant amount of time establishing rules for our games. Sometimes it seemed that the actual time to play the games paled in comparison to the amount of time it took to plan for the game.

I also recall home base and I'm certain every neighborhood had one. Our home base was a small grey power box. Sometimes we would forget that we were playing a game and we would sit around the power box talking about the Flintstones or reading Archie comics. The street lights coming on was a cue that our freedom outside was coming to an end. We would squeeze in as much play time as we could before our moms or dads called us in for the evening. 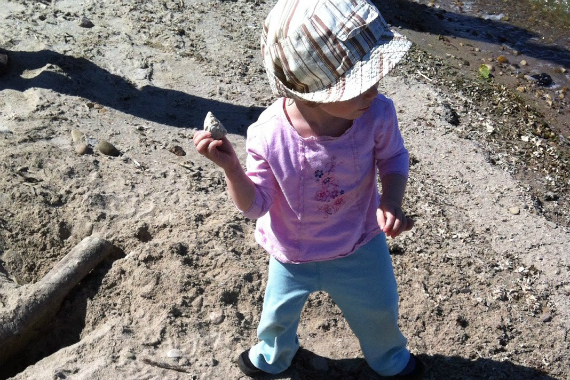 My mind came back to the present. My youngest daughter was holding a large rock overhead and she plopped it into the water, almost falling in after it. As I stood there skipping rocks with my family, I realized that unless I do these things with my children, generations of childhood games could be lost. The art of skipping rocks could lose out against a game on a console.

I'm not going to let that happen. What about you?

Voting Made Easy
Register to vote and apply for an absentee ballot today
Register now
More:
raising kidsKidsParenting childhoodParents
Newsletter Sign Up
Raise the kind of person you'd like to know
Subscribe to our parenting newsletter.
Successfully Subscribed!
Realness delivered to your inbox

Author of My Kitchen, My Classroom and creator of The Deliberate Mom