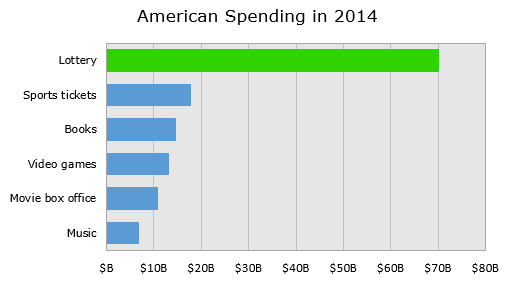 When I read this fact last May, I thought it was one of the most shocking stats I had ever seen. Nearly $70 billion translates to about $630 for every household in the U.S. It sounds absurd!

Having now spent considerable time trying to figure out how such a number is even possible, I have learned a lot about the lottery and see it in a whole new light. As It turns out, the entire state-operated lottery system is absurd.

Consider the very premise of a state-run lottery.

From "don't drink and drive" and "stay in school" to "buckle up for safety" and "the truth about smoking," our government takes a protectionist and proactive approach to our welfare. But when it comes to the lottery, the government spends about $1 billion per year in advertising to encourage risky behavior!

The government expects your trust when it tells you, "just say no to drugs." While at the same time it is encouraging you to make risky, compulsive decisions so it can to turn a profit at your expense.

Compared to other options states have for raising money, the lottery is extremely inefficient. Using the New York Lottery as an example, this flowchart shows why. When you spend $1 on a lotto ticket, here is where the money ends up. 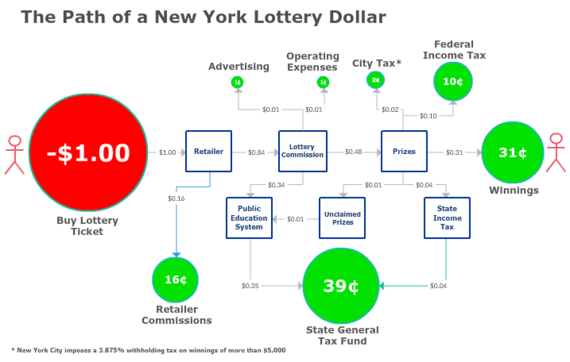 Where does the money go?

When lotteries give money for education, it frees up tax dollars, which get pulled out of education and spent elsewhere

Most state lotteries pre-commit, or earmark, their money for a particular cause, usually education. This should come as no surprise if you've ever seen a lottery commercial. Supporting a "good cause" is one of the primary messages they use to promote themselves, both to players and to the voting public.

It's true that lottery money does go to into a special fund for education. But when it does, tax dollars get pulled out of education and spent elsewhere, In the end, the schools are no better off.

In the case of New York, the state Comptroller called it a "myth" that lottery money benefits schools. The 1998 report, states "lottery earnings have been earmarked for education primarily as a public relations device." A 2013 investigation by City Limits reached a similar conclusion.

Source: New York State Comptroller
And it's not just a problem for New York. Many studies have examined the question on a national level and found the same to be true everywhere. The more money lotteries provide for schools, the more tax dollars the state pulls out of education and spends elsewhere.

"...the introduction of an education lottery fails to significantly increase state education expenditures. Instead, unrelated expenditures increase. Thus, the lottery does not change government's contribution to education." - Centre for Market and Public Organisation

If it's more efficient to raise money through taxes, and it all ends up in the same place anyway, why do we have lotteries at all?

You may point out that there is one key difference between lotteries and taxes, which makes the two incomparable. Lotteries are not taxes because they are voluntary, right?

The lottery is not a tax. The inflated price of lottery tickets is.

It's common to hear people call the lottery a tax on people who are bad a math / a tax on the stupid, but is it really fundamentally different from a tax?

I wrote a post back in June examining the lottery as a tax on the poor, and it led to several debates about this very question.

To settle the matter, I reached out to an expert, Professor Ross Rubenstein, an education policy and public finance researcher at Georgia State who has authored several papers on lotteries.

According to professor Rubenstein, "Revenues raised by lotteries can be viewed as an excise tax on one item - lottery play." He sums it up well in this article published in the National Tax Journal.

If a competitive market existed for lottery products, it is unlikely that each firm's profits would approach 35 percent of revenues. Although purchases of lottery tickets are "voluntary," the implicit tax on a dollar spent on a lottery product is not voluntary, just as sales taxes paid on purchased goods are not voluntary.

Choosing to play the lottery is voluntary. But much like sales taxes, the inflated price of lottery tickets is not.

It is illegal for anyone but the state to run a lottery. So unlike casinos, which face competition from other casinos, lotteries operate as a monopoly, so they can set their pricing artificially high, or equivalently, their payout rates artificially low.

It's not a tax on the stupid. It's a tax on addicts, and their families. 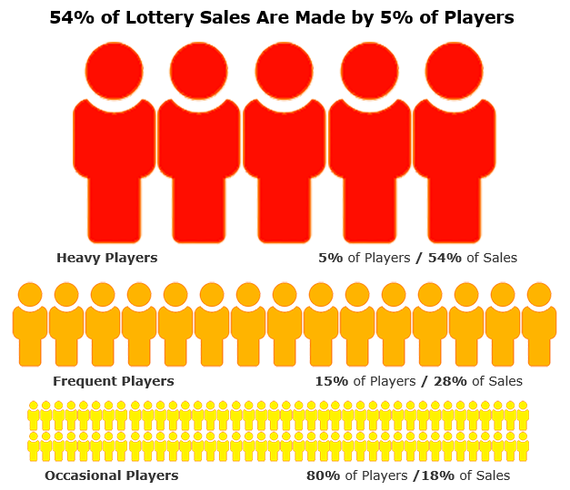 More than half of U.S. adults play the lottery occasionally, but only a small percentage of those players account for most of the sales. According one report, 54% of lottery sales come from only 5% of players (roughly 2.5% of U.S. adults).

Pathological gambling is classified by the American Psychiatric Association as an addiction. It affects an estimated 1.7% of U.S. adults. And contrary to the casino-going stereotype, more gambling addictions are related to the lottery than any other game. 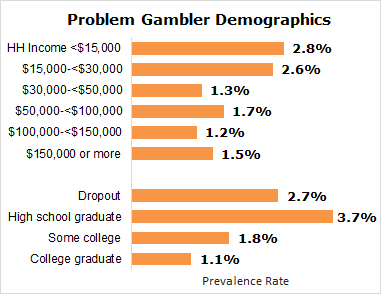 As shown in the chart, pathological gambling is more common among people with less income and lower levels of education, which raises an obvious question.

How can someone making less than $15,000 afford to spend so much on the lottery?

State lotteries portray their income as coming from entertainment budgets or as a substitute for other forms of gambling, but the data tells a different story.

Money for lotteries literally comes off the families' plates 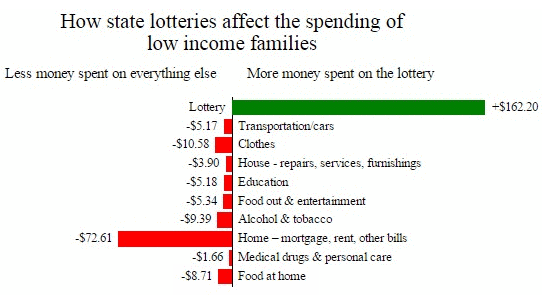 Source: National Bureau of Economic Research
Between 1982 and 1998, 21 states introduced a lottery. This is chart shows how low income household spending changed in response. Nearly all of the lottery gambling was paid for by spending less on non-gambling items, including clothing, food, and rent.

These numbers are the average over all low income households. For the families that do play the lottery, particularly families of problem gamblers, the spending reductions would be substantially greater.

Lotteries are exempt from the Federal Trade Commission truth-in-advertising laws. Instead, the states are self-regulating, allowing lotteries to get away with misleading and predatory advertising far beyond what private businesses are allowed.

Take, for example, the Louisiana Lottery's Tic Tac 2s instant win game. On the back of the ticket, it states, "approximate odds of winning are 1:4.82."

For example, in Ohio's marketing plans for its SuperLotto game, it stated that advertisements should coincide with the receipt of "Government benefits, payroll and Social Security payments."

In one "blighted neighborhood" of Chicago, the Illinois Lottery put up a billboard with the slogan, "This could be your ticket out."

What is the solution?

Lotteries are portrayed as a form of voluntary entertainment that serve a good cause. But as the data shows, they are really just a predatory and inefficient tax. They exploit families that are struggling with addiction, and they do so by misleading them into thinking winning is easy.

Perhaps worst of all, the people most affected are those with little-to-no government influence and limited means with which to raise their voice. I can't think of any other explanation of how an industry so big has remained so far from the public consciousness.

Is the solution to ban lotteries altogether? I don't think so. There is clearly demand for this type of gambling, so the focus should be on providing it in a way that is not exploitative.

In practical terms, there is one thing you can you do right now. If you have 30 seconds to spare, you can join the conversation at Stop Predatory Gambling.