Nothing in India, not riding a hitching a rickshaw through Delhi's markets, learning the proper way to wrap a turban in Jodhpur or riding painted elephants through the pink city of Jaipur, came close to preparing me for the magic of the Taj Mahal.

With over 16 countries under my belt, there are many times when I catch myself acting a bit jaded over typical touristy spots. The Eiffel Tower in Paris: check. The leaning tower of Pisa: been there. Rome's colleseum: done. So when I arrived in Agra, the city that houses India's most iconic structure, I wasn't as excited as the thousands of camera toting tourists around me seemed to be.

As my guide led me towards the Southern gate of the Taj's complex, she suddenly stopped, turned, and and walked underneath the shade of a nearby tree. I followed suit, enjoying the respite from the hot Indian sun. As I settled into a comfortable position, she began to tell me the love story behind the building. 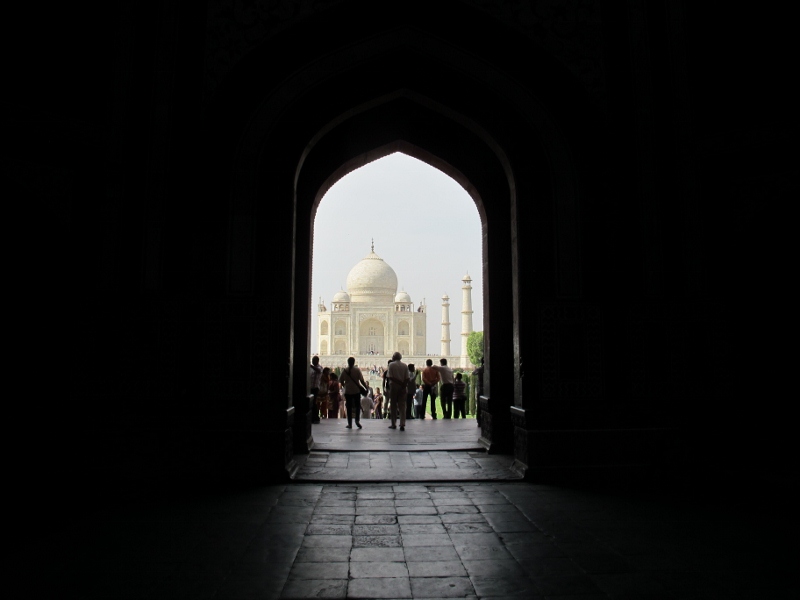 Maharajah Shah Jahan spotted Mumtaz Mahal at the marketplace in his royal complex. It was love at first sight and he quickly made her his third wife. Mumtaz traveled with Shah Jahan throughout India as his chief companion and beloved advisor. After bearing him 14 children, Mumtaz died, leaving the Maharajah devastated. He then decided to build her an everlasting memorial and resting place, looking to the Koran for inspiration.

To ensure that no other living structure would ever rival the beauty of the Taj Mahal, Shah Jahan made an agreement with the building's artists. In exchange for a hefty payment, they would not create anymore art or design in their lifetime. 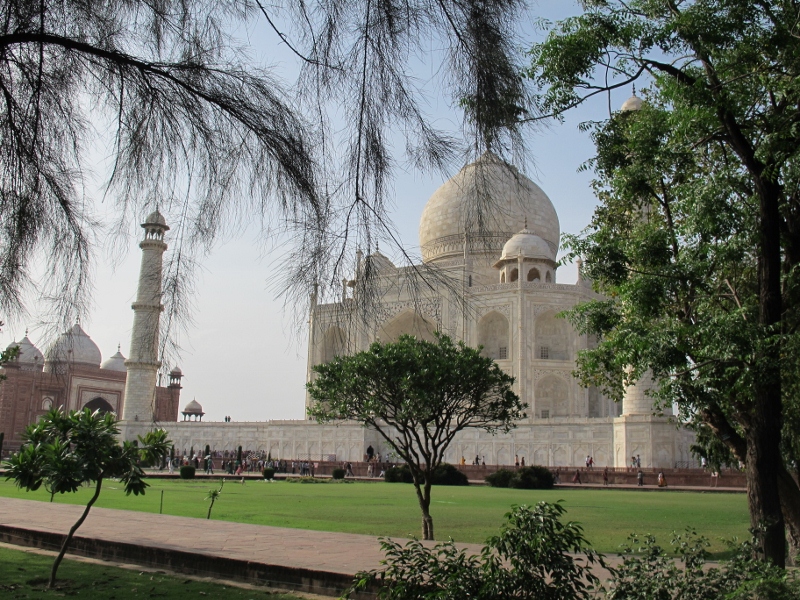 Hearing the effort that Shah Jahan expended on behalf of his wife, I was filled with a new enthusiasm and, as I stepped through the gate, I couldn't help but gasp. Rising up towards the clouds, the the stark white of the building pierced the blue sky. The Taj Mahal conjures heaven, but it was actually the craftmanship that astounded me. The walls of the building were so delicately carved, that they almost resembled an impressionist painting.

From far away you could only see the entire structure, but up close and you focus on the tiny swirling details. 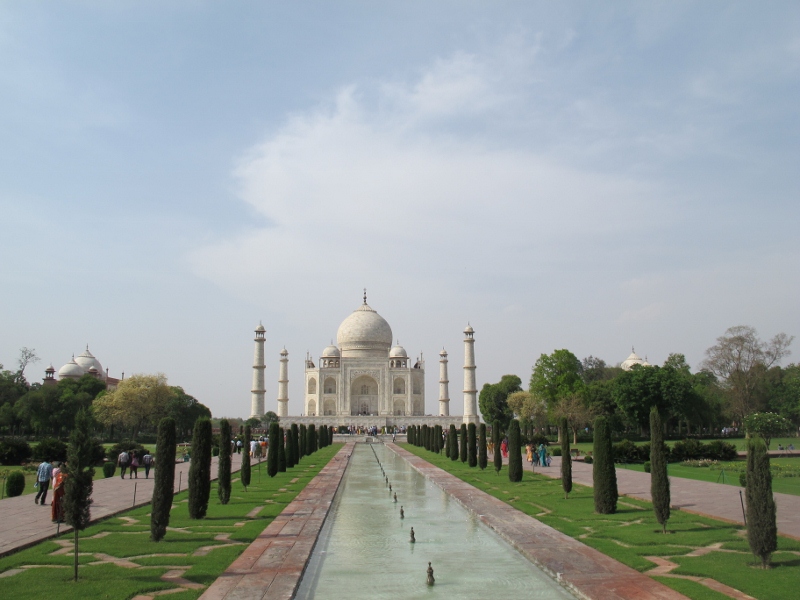 Despite the huge crowds that filled the complex, I felt a strange calm fall over me. The Taj Mahal may receive millions of visitors per year, but its garden setting somehow manages to remain peaceful. Birds flew overhead, the soft flowing water in the front pools glinted in the sunlight and a light breeze rustled ever so gently through the greenery.