Like William Spengler, the convicted felon who killed firefighters on Christmas Eve in Webster, N.Y. with a weapon bought by a straw purchaser, Kurt Myers also allegedly set his home ablaze and began a killing spree last week in Herkimer County, N.Y. Like Spengler, Myers was a loner who acted strangely and whose apparent only motive for the murders seems to be being armed-while-angry.

Forty-nine-year-old Jacqueline Bouvier Hardy was pulled off a city bus in Northern Indiana this week by a former boyfriend and shot to death in front of horrified bystanders, including children. Hardy had filed an order of protection against the shooter, Kenneth Knight, to no avail. Nearly half the women killed every year are murdered by intimate partners, most with a firearm, reports the New York Times. Gun rights activists fight successfully to allow those, like Knight, who are under orders of protections to keep their guns. Thank you NRA.

This week 18-year-old T.J. Lane was sentenced to life in prison for the Chardon high school cafeteria shooting in Ohio a year ago, which left three dead and three injured. Remorseless and wearing an undershirt emblazoned with the word "killer," Lane hurled obscenities and sexual insults at the families of victims in the courtroom. Like Jeffrey Weise of the Red Moon Indian reservation massacre and Adam Lanza of Sandy Hook, Lane obtained his lethal weapon from a family member.

The only thing more predictable than gun murders committed by disturbed loners, enraged boyfriends and disaffected high school students who easily got guns, is lawmakers' ability to look past them to their toady ties to the NRA. Neither a congressman shot in the head or a bloodbath of four-foot-tall first-graders just learning to print, will pry our politicians out of the NRA's trigger-happy hands. Is anyone surprised that Senator Harry Reid stripped the assault weapon ban from the pending gun bill this week? Did anyone think the laws would change?

The NRA is like the Mafia during its heyday. Small in numbers but ruthless and amoral, for many year the Mafia held the U.S. government itself hostage through horse-head-in-the-bed extortion and blackmail. The NRA has only four million members, only one million of which are extremists, yet it dictates pro-gun laws and blocks gun safety laws for a country of 300 million? What? 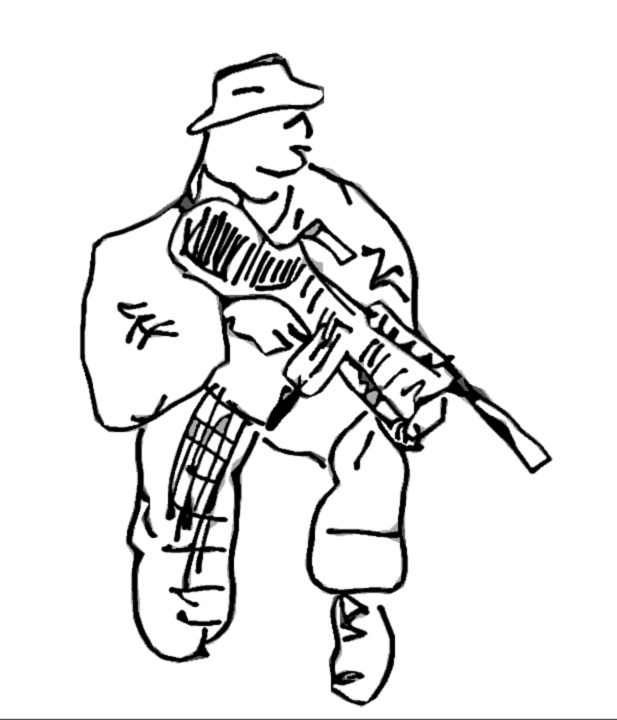