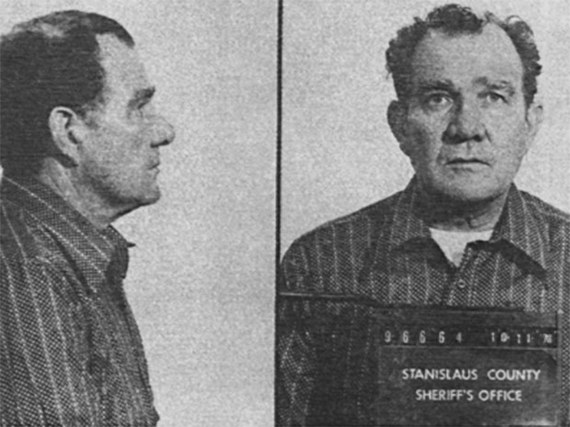 My daughter had just been born and I was looking for a case to write a true crime book about. This was before the Internet became prominent, so I was perusing the Florida paper. That's when I saw the story that became "The Mad Chopper."

Lawrence Singleton, a merchant seaman, had been arrested in Hillsborough County, Florida for murdering a woman. A neighbor had called police when he heard a commotion from within the dude's house. When the cops got there and knocked, Singleton came to the door with a condom dangling from his dangle. He was covered in blood. Inside, the cops found his victim: prostitute Roxanne Hayes, in a bloody heap on a sofa.

Since the case took place in the same county as Lobster Boy had, it immediately attracted me. That is, until I read further and discovered that Singleton was notorious in Northern California, where he had, years before, kidnapped a teenager, took her to a remote area outside Modesto, raped her and cut her arms off. 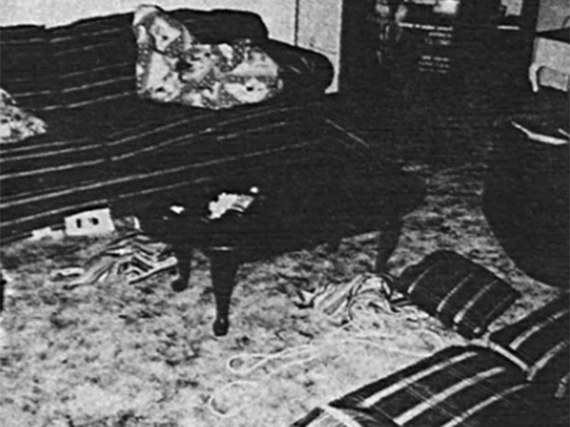 The living room of Singleton's Tampa home where Police found the dead body of Roxie Hayes. Investigators speculated that the rope would have been used to drag the body out of the house. Credit: Hillsborough County Sheriff's Office

Uggghhh! That wasn't my kind of story. I prefer things a little less gruesome. I checked in with my editor Paul Dinas, this time to tell him about my good luck at having a daughter. I didn't mention the case. And then, fate played a hand.

"I just saw this guy's picture on the front page of the Daily News," said Paul. "He's this ugly guy with a bulbous nose and he chopped a girl's arms off!"

"Paul, I saw that story too, not really my cup of java."

"Fred, you just became a father. You need work. We'll call it The Mad Chopper!"

A few years before, I had been denied tenure as an assistant professor at Hofstra University. That was on the same day I had to decide whether to turn over the tape in the Lobster Boy case, that eventually led to the killer's conviction. Despite the correct way I had dealt with that ethical conundrum of a journalist getting involved in a criminal prosecution, Hofstra didn't care.

At the school, I had pissed off the wrong people. They wanted me out.

Paul had given me my break and started me as a true crime author right before I left. And he was right; I needed the work.

"I'll do it," I told Paul. "I'll write The Mad Chopper, but under a pseudonym. Kent Allard, one of the secret identities of The Shadow."

And just like that, I was on assignment, had my advance check and could afford to buy diapers, Dr. Seuss books, baby formula. But I had to leave my newborn to do it. Until I became a father, I had never known how difficult it was to leave your child for business. Nevertheless, I flew to Florida and went to the house where Singleton had lived. 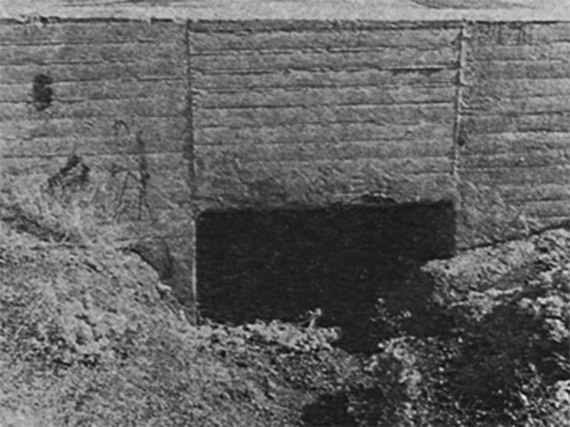 The culvert where Singleton stuffed Mary Vincent after he cut off her forearms. Credit: The Modesto Bee

I talked to the detectives on the case and then the prosecutor. The crime scene photos were pretty bad. Then I flew to Northern California. On the campus of the University of California at Berkeley, I drove to Hitchhikers Corner, where years before, Singleton had picked up Mary Vincent, a hitchhiking 15-year-old.

Singleton was kind and polite to her. Continuing to drive east, in an isolated area outside Modesto, his true nature came out. He was the kind of drunk who got violent when the liquor got ahold of him. After drinking heavily, he brutally raped Mary, twice, and then strangled her. Thinking she was dead, he found an isolated canyon to dump her body.

But he was worried she would be identified and in some way, traced back to him. That was why he cut off her arms with a hatchet, to get rid of her fingers and their prints. After dumping her in a culvert, he took off. As I looked down at that culvert, I could only imagine Mary's pain.

Singleton had miscalculated. Mary was alive. When she regained consciousness, she set off across the hellish landscape under a hot sun, until she found help. One of her severed limbs would later be found near the Golden Gate Bridge. But finding Singleton wasn't easy.

The detective on the case, Richard Breshears, had to use forensic hypnosis to get Mary to give him details that would eventually help police track down her mutilator. Once the cops arrested him and Breshears got him in an interview room, Singleton used the "other guy "defense--someone else had raped and mutilated Mary.

Didn't work. Between Mary's eyewitness statements and terrific police work, Singleton was convicted. For his brutal crimes, he got 14 years in prison. But because Singleton was a good prisoner, he was paroled after eight. When he was released, no community in Northern California wanted to harbor him. He had to be moved by authorities; locals wanted to lynch him. 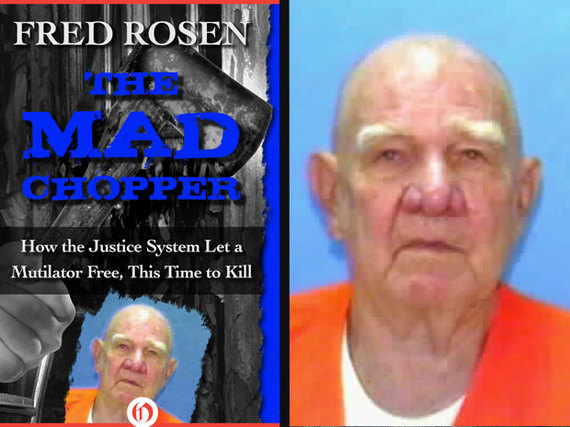 Eventually, a deal was made and Singleton was allowed to go back to Tampa, his hometown, to serve out his probation. That's where he graduated from rapist and mutilator to outright murderer.

As I flew back home from San Francisco, I couldn't help but think Mary Vincent could have been anyone's daughter. And when Open Road put out this new edition of my book, this time I wasn't so squeamish; I put my name on it.

To find out how Lawrence Singleton was brought to justice, read The Mad Chopper.