A few years back and on an average morning, I was driving my boys to school. Sam was in kindergarten at the time, eating a granola bar in the back seat, talking about cartoons, why he doesn't like the number two and how he doesn't like to wear socks with his sneakers.

As always, the radio was on "the oldies station" (ugh) which plays music from my childhood/teenage years, the best decade of music ever -- the 1980's.

The song "Hold Me Now" by Thompson Twins came on and he quieted down for a minute and out of the blue he said, "Mommy, isn't this song so pretty?"

I love "Hold Me Now" -- it makes me think of the early '80s, wearing a long paisley blouse, buttoned all the way up with a big brooch at the top. It makes me nostalgic for my giant hair, too much black eyeliner and a time when MTV played music videos. And my 5-year-old was right; it is just a lovely, pretty song.

Sam's first favorite song ever at age 2 or 3 was "Whip It" by Devo, which of course made me happy. And now he liked Thompson Twins! That made me crazy happy.

He asked the name of the song and who sang it. I explained that it was by a group called Thompson Twins, but there were three people in the band even though their name said "twins" and isn't that funny, but in a flash he was back to talking about his granola bar and that episode of "SpongeBob" and how it was library day today.

Then when he got home from school he handed me this: 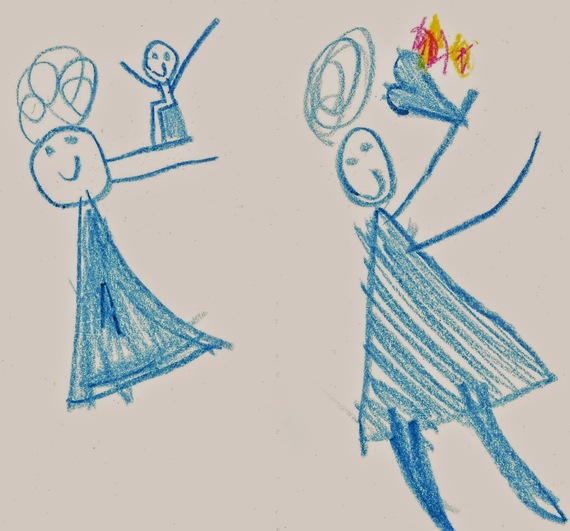 He explained he had drawn the song "Hold Me Now" -- I thought that was pretty great.

We always have '80s music on in the house, and Sam always sits at the kitchen table with his crayons, markers, paints and paper. Soon, he started to draw more songs. 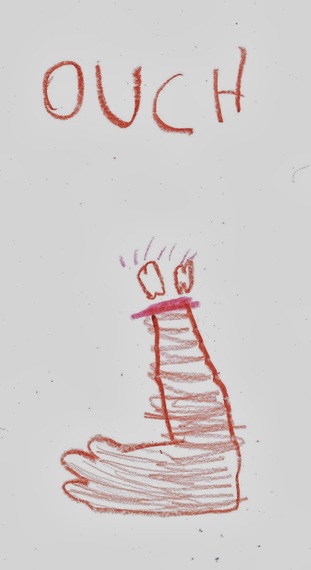 "Everybody Have Fun Tonight" by Wang Chung 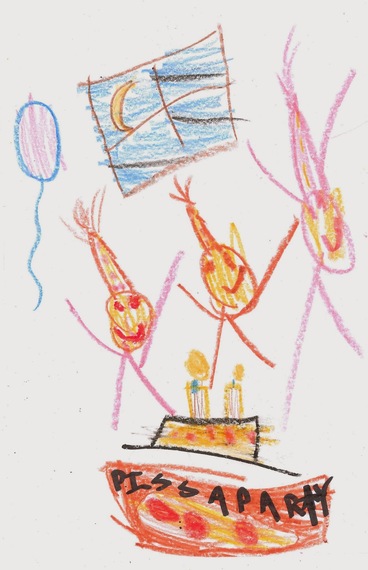 "Eyes Without a Face" by Billy Idol 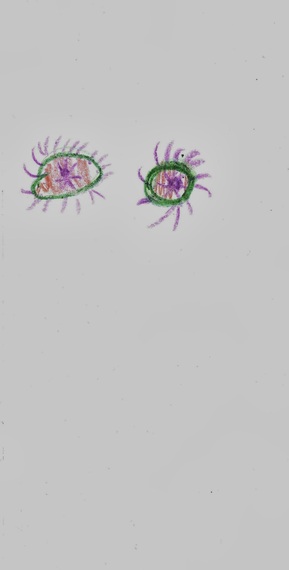 Rather than putzing around the kitchen, I started sitting with him as he drew. I would smile, giggle and high-five him like crazy as he illustrated the songs of my youth. The more literal the drawings were, the better.

"Pour Some Sugar on Me" by Def Leppard 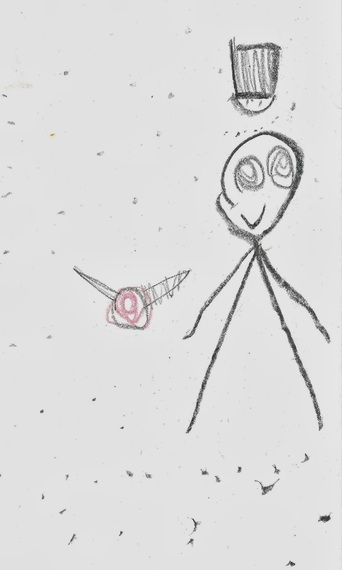 Sam wanting to draw '80s songs became our time together. He liked doing one or two a day after school. He would ask the name of the group, the name of the song, often shake his head and laugh then get down to business.

Sam drew so many songs, the folder I was keeping of them started overflowing.

"She Blinded Me With Science" by Thomas Dolby 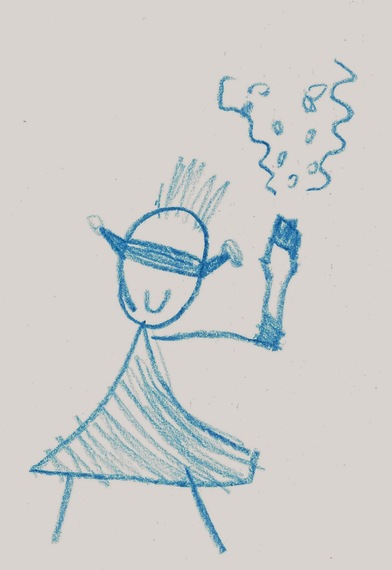 "I Melt With You" by Modern English 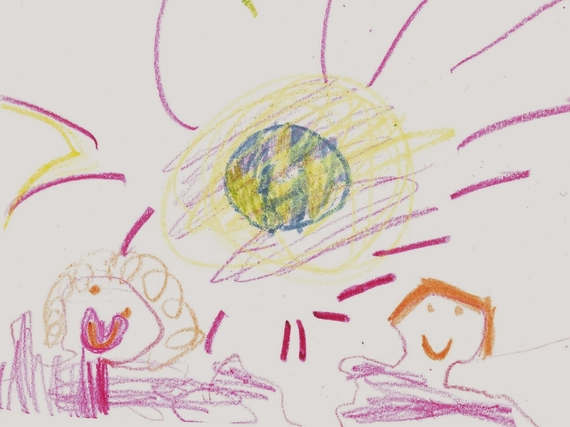 Something that was so important to me, these little touchstones that send memories of school dances and old crushes and weekends at the beach with girlfriends now held two separate compartments of my brain -- those teenage memories were there, but now, so was Sam scribbling down a pair of Legs and nothing else to represent a ZZ Top song. 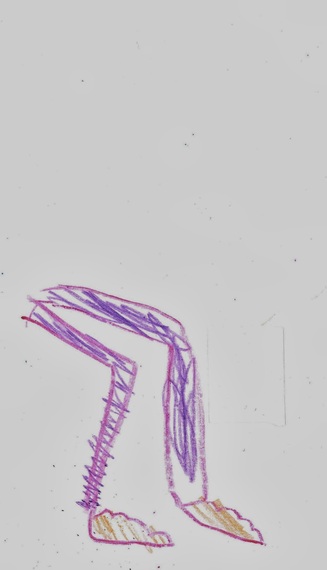 Oh, and I also learned of his intense hatred of tomatoes. 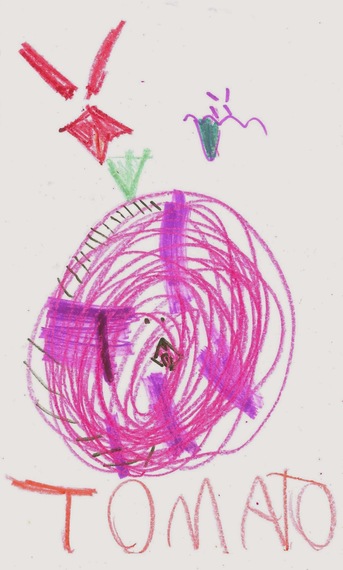 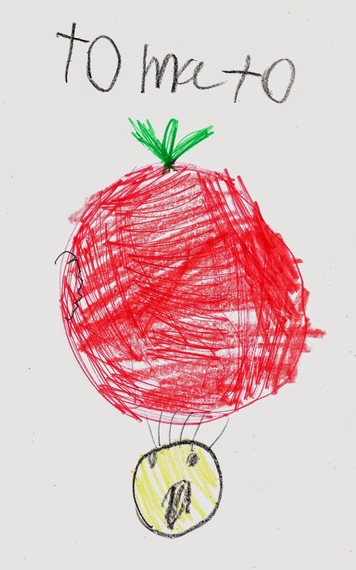 Sam's in first grade now and his medium is now markers rather than crayons. He doesn't draw every day, just when the mood strikes him or he hears a song on the oldies station that he really likes and feels inspired.

"I Ran (So Far Away)" by A Flock of Seagulls 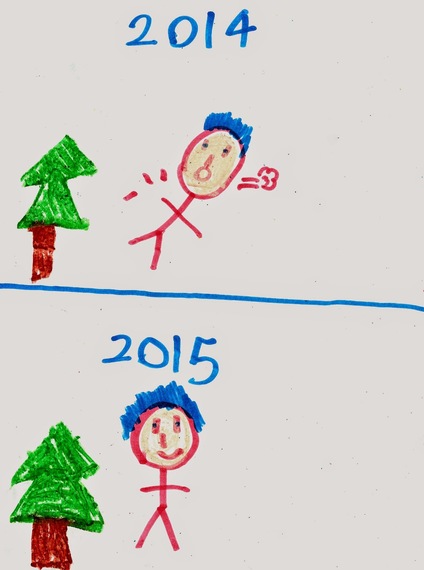 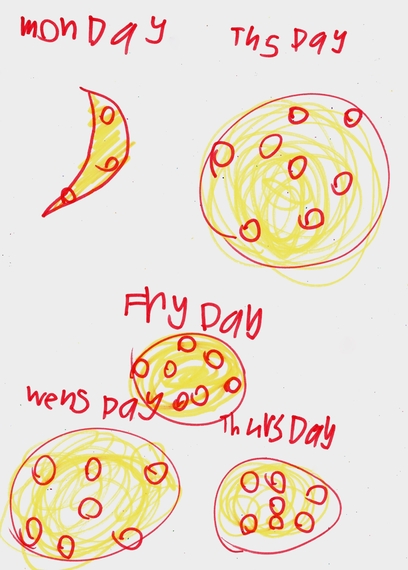 The other day as we were leaving school as I turned the car on from the back seat he shouted "MOMMY! VIDEO KILLED THE RADIO STAR!"

I turned the volume up and he was right, it was The Buggles singing the lyrics to the first video that MTV aired way back in 1981. He recognized it before I did.

"YES!" I said to Sam. And we sang the chorus together as we drove home.

I'm grateful to my brain, for splitting the screen in my head in two when my music comes on the radio.

On one side is Madonna, singing on a stage in a bar in the music video for "Crazy For You" -- clips of the movie Vision Quest along with her looking hot with a wrist full of gummy bracelets and a giant bow in her hair.

On the other side is the letter "U" that according to Sam is MAKING EVERYBODY CRAZY. 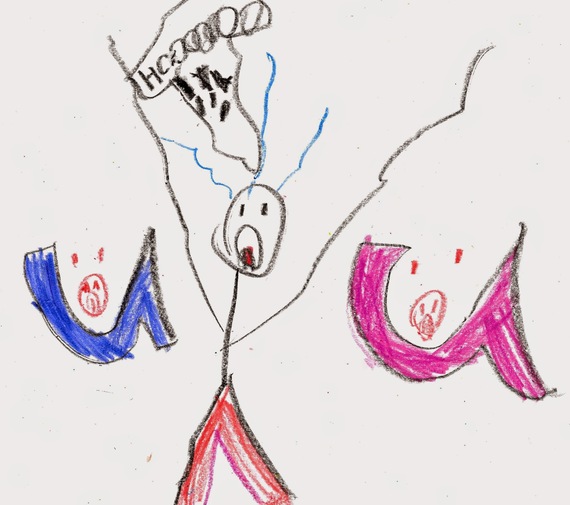 Both of these things make me crazy happy.