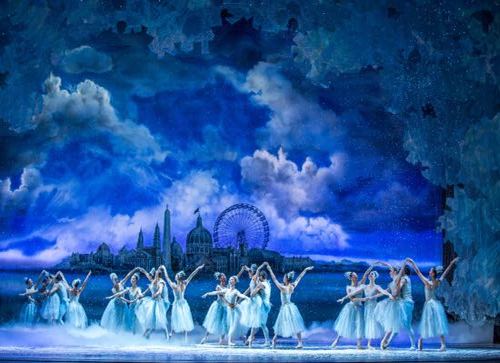 The Joffrey Ballet in Christopher Wheeldon's The Nutcracker. Photo by Cheryl Mann.

A different type of excitement buzzed throughout the Auditorium Theatre lobby Saturday night. In years prior the hum has always been the lively anticipation of a ballet that was a familiar favorite-a tradition for many people in the Chicago area. But Saturday the crowd whirred with a sort of nervous tingle, awaiting the reveal of Christopher Wheeldon's new Nutcracker, choreographed just for Joffrey. Would it be as engaging? Could the production live up to its predecessor? And for many-will this ballet continue to be worthy of inclusion in holiday tradition?

As I write this, I'm doing so without my traditional reviewer's hat, because The Nutcracker is supposed to be about capturing the essence of the magic that goes on this time of year. Magic can't be dissected easily-nor should it. So instead I attended opening night as a Chicago dance lover, waiting with everyone else to see if this ballet would fill me with the spirit of the holidays as the lights began to dim and the crowd settled in all around me.

I won't take you through the story piece-by-piece, but I would like to highlight a few things that are standouts in terms of adding a new dimension to this old favorite, starting with the sheer scale of the production. This version of the ballet brings the setting home to Chicago, around the time of the Columbian World's Exposition. The set design and costumes by Julian Crouch are nothing short of spectacular, from the rapidly growing Christmas tree to the glittering skirts in the snow scene. Everything really looks fresh and new. Coupled with Benjamin Pearcy's projection design and live music provided by the Chicago Philharmonic, all the elements are in place as a perfect foil, allowing the dancers to bring the story to life. 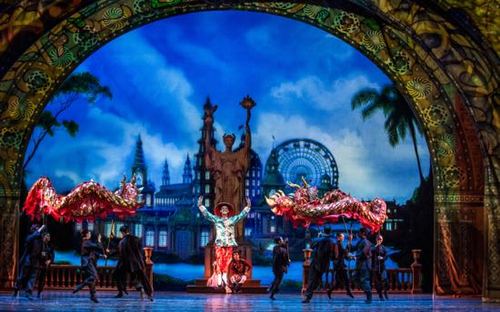 Much like a successful movie director, Wheeldon is careful to preserve some of the story elements that are beloved to the audience, including the snow scene and the Arabian dancers. Other portions have been tweaked a bit, with Buffalo Bill and his ladies replacing the Russian dancers, and the addition of two large paper dragons alongside a lone Chinese dancer. Children are incorporated seamlessly into the ballet as snowflakes, soldiers, walnuts, and more, adding a bit of delight and humor to the mix. I love the fact that musicians are brought onto the stage and included as part of the cast, and Basil Twist's puppetry is such a highlight that I found myself wishing his rodents had played a larger part in the story.

Wheeldon's choreography vacillates between traditional classical movements and more innovative patterns throughout the ballet, challenging both dancers and the audience to reach a little bit beyond the standard, basic Nutcracker fare. At times I found myself missing things such as the "usual" pas de deux, but to be fair, it can take time to embrace change fully. On the other side of things, I welcomed modifications such as the shift away from waltzing flowers to the "fair visitors", which expands the role of men a bit more in this ballet.

Undoubtedly, new favorites will emerge as this production takes the place of the old. It is difficult to re-vamp a cherished holiday tradition, but doing so allows for the possibility of renewed spirit that often comes with a fresh perspective. For Joffrey's Nutcracker the magic remains-it has just been transformed into a delightfully new holiday experience.