From N Circle Entertainment comes a collection of Halloween DVD that are perfect for the younger kids in your family, from preschool to early elementary. Starting out with the delightful Room on the Broom based on the best-selling children's picture book written by Julia Donaldson and illustrated by Axel Scheffler. The story follows a kind witch who invites a surprising collection of animals to join her on her broom, much to the frustration of her cat. When the gang saves the witch from a fearsome dragon she rewards them with a magnificent new broom, which has room for everyone! KIDS FIRST! Film Critic Rohan F. comments, "Overall the film is magical... I like the animation because it is very detailed. I imagine that it must have taken a lot of hard work to make this film. The expressions of the characters are very amusing and made me laugh." See his full review below and information about the entire Halloween Collection from N Circle.

This film is very funny and has great animation. I enjoyed that they quote directly from one of my favorite old books, "Room On the Broom" by Julia Donaldson. I also like how the words all rhyme. I watched it with a toddler and he loved the movie because he liked making the WHOOSH noise when they took off. He also enjoyed all the different animals and the repetitiveness. Overall the film is magical.

Room On the Broom is about a witch and her cat. They go on a trip and the witch drops something from her broom. She flies down to get it and a wild animal finds it. When they give it back they ask her if they can come with her. Meanwhile, a scary monster is chasing them, but they don't know. This happens three times and soon there are so many creatures on the broom that it becomes too heavy.

I like the animation because it is very detailed. I imagine that it must have taken a lot of hard work to make this film. The expressions of the characters are very amusing and made me laugh. I also enjoyed the music because it sets the mood for each scene. My favorite part is when the monster has the witch and it seems like she's doomed. I like this part because it is a twist on the rest of the film. It is also the scariest part of the film. I like this scene because it is action packed and you wonder if they'll escape.

The cast includes Simon Pegg as the narrator and Gillian Anderson as the witch's voice. The four animals are played by Rob Brydon, Martin Clunes, Sally Hawkins and David Walliams.

The story is about a witch who meets lot of creatures that become her friends and then save her. The moral of this film is to be kind and make friends and it emphasizes the importance of friendship. Parents could have their children read the book along with the narrator and that would enhance their learning experience.

I give this film 4 ½ out of 5 stars and I recommend it for ages 2 to 8. I think parents would enjoy watching with their younger kids. It is available now on DVD so, go check it out.

Other Favorites in this collection include:

Sid the Science Guy: Sid's Spooky Halloween - It's Halloween! Join Sid and his friends as they discover how bats catch mosquitoes, why spiders are expert engineer web builders, and how skeletons make up the foundation of our bodies. The kids dress up to celebrate Halloween at school, and Teacher Suzie leads them in a special Halloween parade song to show off their costumes! With Sid the Science Kid, Halloween can be spooky and scientific!

Cat in the Hat: Tricks and Treats - A new spooky adventure this DVD brings, with the Cat, Nick and Sally, Fish and the Things. Meet the eeriest critters you've ever seen, arrived just in time for Halloween. Therell be lots of tricks and of course, lots of treats, to share with the animal friends you will meet! There's coconut crab, spider monkeys and bats, and plenty more fun with the Cat in the Hat.

Doozers: Spookypalooza - Welcome to Doozer Creek where the Doozers live! They're green. They're cute. They're three inches tall and they're full of energy, ideas, and enthusiasm! It's Spookypalooza! The time of year when all Doozers get together to spook each other. The Pod Squad makes the spookiest pumpkin ever a cool Pumpkin Doozer made by stacking three pumpkins together. But when their new invention starts rolling all around town, the Doozers have to find a way to reign in their spooky creation! Enjoy four STEM-based adventures with the Doozers!

Houdini - Twelve year old Harry has lived and breathed magic since his early childhood. Unfortunately, his hometown, Appletown, is not the best place for his natural talent to blossom. One day Harry catches the glimpse of a chance: the New York mayor has announced a magic competition due to the official opening of the Statue of Liberty. In order to try out one must be trained by a real magician and Harry doesn't know one. Harry's father runs into the magician, the Great Tesla, in town and Tesla promises to see Harry, spots his talent, creativity and decides to give him a chance. 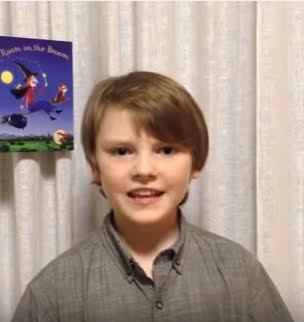