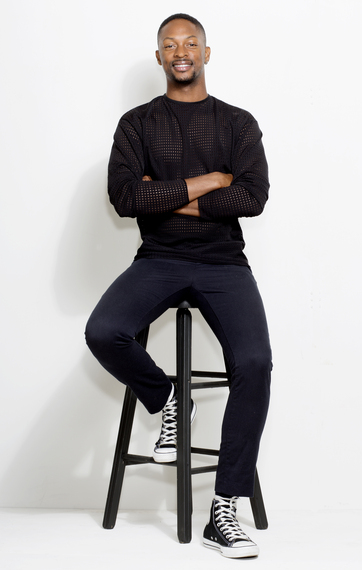 If you are actively on social media, LaQuan Smith is a brand you often see on many notable celebrity women. Kim Kardashian, Rihanna, Beyonce are just a few. As the 27-year-old embarks into a new realm of 'name and likeness' he talks humbly about the beginning and feels confident about where he and his brand are going.

What makes LaQuan Smith stand out as a designer is a winning combination of passion, skill, process and the celebration of a woman's body. The meticulous, hands-on grooming process revolved around each creation has women everywhere wearing the classic, perfectly fitting garments.

I focus on creating a setting. There's a stage, a platform, and when you enter it -- you're at center stage. When you wear LaQuan Smith there's a story to be told, an experience. The motto every season and every time we do custom is 'luxury, quality, sensuality.' That's the DNA of the brand.

Designing and sketching is something LaQuan has been into since a young age, so it was no surprise when he turned to fashion. "My grandmother taught me how to sew and when I reached 13, I took matters from there and got my first sewing machine. I quickly learned how to make my own patterns and do my own designs." 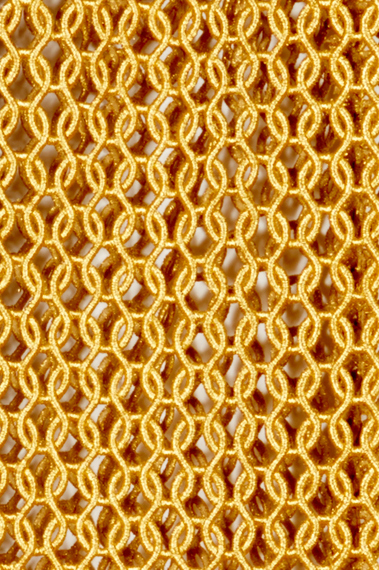 "I always wanted to own my own business -- at first I thought I would be an artist, but turned out I had a passion for designing luxury clothing."

So would you say your grandmother inspired you? Partially, she definitely inspired the skill of knowing how to sew. I think that's one of the great assets to me and what I do because every designer does not know how to sew and although it's not a requirement in today's society, it definitely helps me to be very precise with my cut and how I want things to fit. I'm able to have more control when it comes down to things like manufacturing and production. What also helps inspire me is traveling and my journey through growing a company and the women I meet day to day. 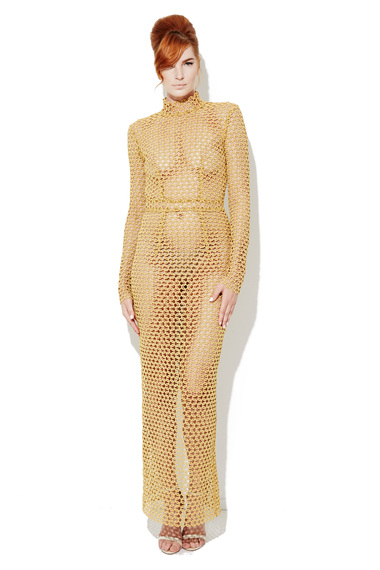 You have a very New York story... what about being from there made you want to keep everything home grown? I was born and raised in Queens, NY and it's important to me to grow that community up and give people jobs because you know, New York was once a city where you would come and it was all about manufacturing, clothing and production. We've lost the essence of that because everything is produced in China or overseas. Even though that's great, I think it's important for me to produce here because I'm able to have better quality control over what it is I'm producing and sending out.

"I love my roots, I'm proud of where I'm from and it's important for me"

From your successful debut in 2010, what do you attribute the immediate attention to? From the first debut all the way to now has been a tremendous amount of growth, but I was very lucky to have huge influencers to support me such as Andre Leon Talley, Diane Von Furstenburg and Serena Williams who walked in my show with Cassie - so this sort of helped me get where I am today I suppose.

"I think a lot of designers like myself and up & coming designers don't get the opportunity to have someone so influential guide them, or just have someone to talk to. When you're creative and new, all you have is your creativity, not necessarily a structure so I think it was important for me to develop a relationship with him as a friend because I learned a lot and still continue to."

What is the connection to you and Andre Leon Talley? Would you say he was the first fashion icon to discover you? I guess you could say that. I think Andre, literally read my story online and he reached out and I think was genuinely inspired by my story. He and my grandmother are from the same place - they're both from Charlotte, NC - so I think that was really something that connected to him. He was also raised by his grandmother so I think we shared similar stories. We met and I think had a great bond, friendship and he's a great mentor. I think a lot of designers like myself and up & coming designers don't get the opportunity to have someone so influential guide them, or just have someone to talk to. When you're creative and new, all you have is your creativity, not necessarily a structure so I think it was important for me to develop a relationship with him as a friend because I learned a lot and still continue to.

When you design, what is the process like? Interesting enough, I think the great thing about being a designer is that you can get inspiration at 3AM and kind of react on that. For me there's a thought or vision, idea from a film, magazine, or pop song where the mood or feeling inspires me so I take that feeling and clip things. I'm like obsessed with tumblr!

"I need music to really thrive and keep my energy alive. The brand is definitely inspired by music, pop culture and what's happening - all these things I surround myself with." 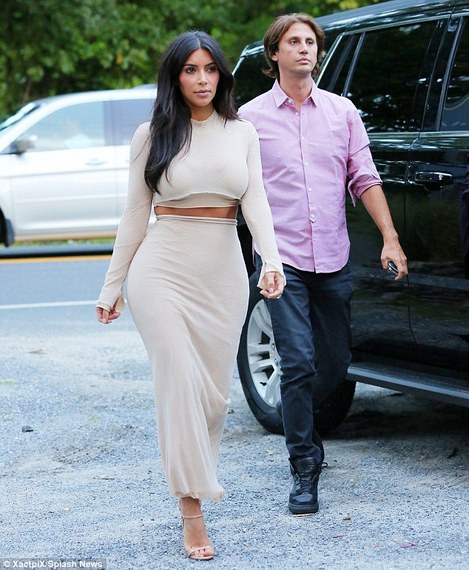 What would you say has been your most notable moment so far? One was being on the 30 under 30 Forbes list. That was a huge accomplishment for the brand, myself as a designer and as an entrepreneur, that was a major moment. Also the clientele I've been able to have, women that are very influential today like Kim Kardashian, Rihanna, Beyonce - I think it's fantastic that they include me into their day. Gaining more retailers too because I'm sold right now in Church Boutique LA and a few internationally. 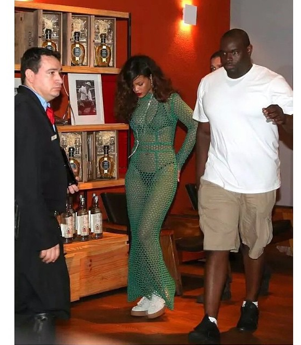 What is your core message to the consumer? When you wear LaQuan Smith, there's a story to be told, an experience of the LaQuan Smith lifestyle. There's a motto be stick by every season, every time we do custom and that is luxury, quality and sensuality. That's the DNA of the brand. It's about creating things that are timeless and in celebration of a woman's body. I'm all about her.