By Katarzyna Negacz, PhD student at Warsaw School of Economics

Many people dream of starting their own business. Some do it to make money and some want to make a difference to the social and environmental issues that matter to them. How does one then become a social entrepreneur? What is the story behind those who managed to do it?

The path of the successful entrepreneur Renat Heuberger is a perfect Hollywood story. During his time at university, he set up a student platform for sustainable projects; later he established a famous foundation for carbon offsetting. Finally, he created a company, which provides climate change related services for states and companies. When asked what it takes to become a social entrepreneur, his answer was simple:

You can't become a social entrepreneur. I was never planning to become one and I don't know any social entrepreneur who just said I want to, let's start. You need to begin with an idea, a concept and then all of a sudden you will realize that you are actually a social entrepreneur not even thinking about it. Start with the commitment and passion and look for a good business case, good idea, and the rest will follow.

Not until the very end of his studies did Heuberger realize that his career path is business solutions for sustainability. First, he planned to become a journalist or to pursue a career in a development organization. The eye opener was a school exchange year in Indonesia at the age of 16. From that moment, his vision was not to accept the status quo and to improve the world. One of his very first achievements was co-founding World Student Community for Sustainable Development during his student times, eleven years ago.

Although he was always interested in sustainability, climate change was not an obvious choice for Heuberger. Even now, most social entrepreneurs choose to address social topics, such as unemployment or assistance to the unprivileged in their locality. Global and intangible subjects such as climate change seem to be a difficult issue for cooperating nations, not to mention private initiatives or a student fresh out of university. Interestingly enough, in the nineties climate change was not a topic at all in comparison to popular issues as cultural heritage or air pollution. At that time, Heuberger met the professor who inspired him to abandon river restoration and move instead towards the rising trend of climate change. This was the tipping point for Heuberger's interest in the climate change. The professor's prediction on the rise of this topic turned out to be true.

The trigger to set up myclimate, a foundation that enables offsetting carbon emissions and provides climate protection solutions, was coincidental to an extent that you start to wonder whether the destiny exists. Some students, including Heuberger, were given a chance to attend a conference in Costa Rica. The core idea of myclimate popped to their heads earlier, but it was just before the conference when realized that the flights to attend this conference emit so much CO2 that something needs to be done about it. They found a project opportunity -- a solar heating plant -- in Costa Rica, and asked all participants of the conference to pay money and offset their flights. With the collected money, the project became a reality.

The success occurred due to a number of supporters. A variety of skills and a trust that developed throughout the years were the most important factor. Then there was the helping hand of a renowned professor who believed in their goal and used his authority to allow the team to use university facilities. He gave them a chance... and access to an office and a printer.

The decision to set up South Pole Carbon, Heuberge's current organization, stems from the limits to the growth of myclimate. The legal structure of the foundation and no possibility to invest together with the success of myclimate were arguments for establishing a new entity. 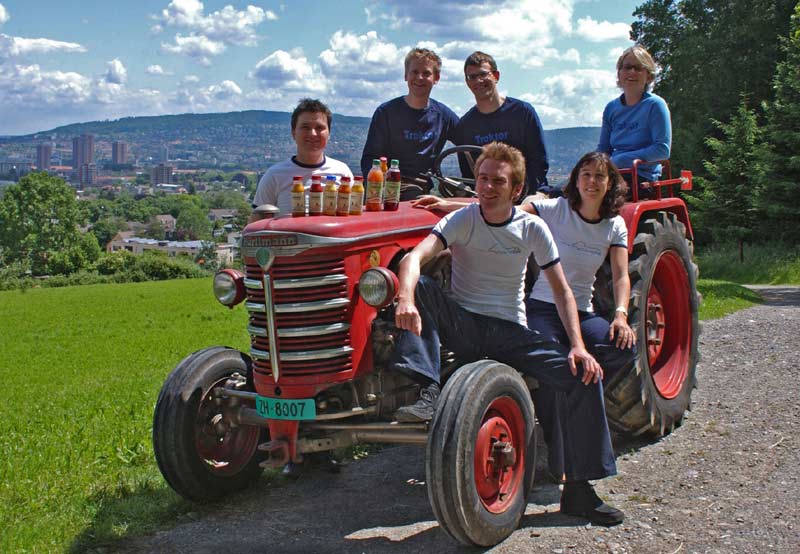 The experience from Indonesia brought benefits in the future. During his stay there, Heuberger understood not the country and culture itself but more importantly, its differences from Western Europe. This turned out to be crucial later when doing business in developing countries, e.g. China. He decided to become an entrepreneur when he observed that business solutions were more successful than simple development aid.

Out of the key skills you need to start a social enterprise, there are three that are the most important. First, the commitment for the cause, which keeps you concentrated on your idea. You cannot put your ego, personal money and career in front. Second, trust is integrity and honesty within the team, even if mistakes happen. The third is the variety of skills within your team.

As the author of a blog on the failures of social entrepreneurs, Heuberger admits the challenges for his enterprise altered with the financial crisis. Before it started, climate change was a very hot topic and the main task was to keep up the growth. Today, innumerous scientists and companies have picked up the topic. It is a sign that shows its importance and relevance, but also the need for distinct models. This means that the goal of Heuberge's team now is to give 150 percent instead of 100 percent to fulfill the company's mission.

So what advice would Heuberger give wanna-be social entrepreneurs?

What you need is commitment, passion and a business case. How to get one? There are so many issues in the world, which are waiting to be solved. Look around you and try to identify one of the inefficiencies in our system to which you could find a solution. Follow that and don't get too side tracked.

Katarzyna Negacz is a writer for Student Reporter. We are a journalism incubator and online media outlet, providing media coverage of events and featuring current topics in management and economics around the world.
This post is part of a series produced by The Huffington Post and the Schwab Foundation for Social Entrepreneurship, in recognition of the latter's Social Entrepreneurs Class of 2013. To see all the post in the series, click here.
For more of our work, visit us on studentreporter.org.