The male muse is the curatorial concept for the latest PoetsArtists project, and it is an especially good topic for the community it addresses, of artists loosely or strongly aligned with highly-rendered figurative work. 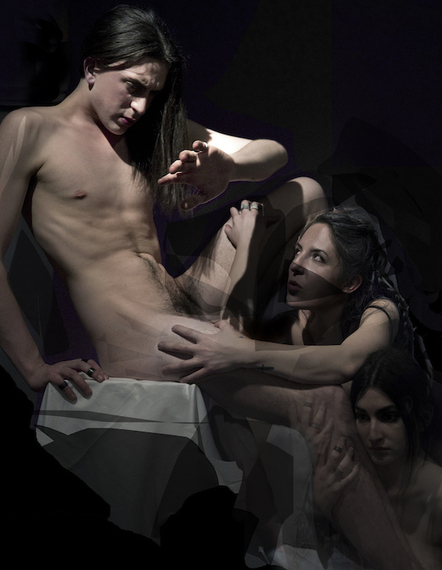 Sometime in the modern period, the core focus of figurative art shifted from the male to the female figure. I would date the transition to the generational shift from David to Ingres, and in a broader sense, from the Apollonian principles of Enlightenment thought to the Dionysian principles of Romantic thought. This is an unsubstantiated hunch on my part. Be it as it may, the human figure in art has been identified with the woman for a century or two now.

Because depiction of the figure is inevitably tangled up with the sex drive of the artist doing the depiction, the subject is distorted by the sexual cognition of the artist. In the age of female-centric depiction, a well-known series of biases entered into art: not only overbearing tastes for certain body types, which varied from period to period, but a more general elevation of the body as aesthetic object over the body as vessel of the person. At its farthest verge, the body became a purely mechanical decoration, the elegant machine, as we see in Art Deco sculpture.

All of these art historical trends have been inherited by the current generation of figurative painters. While there is something approaching gender parity among the significant artists in this field, the overwhelming majority of their human subjects, especially the nudes, remain female. The depiction of women is broader in its celebration of physical differences than it used to be, but there remains a strong strain of aestheticization and depersonalization. This is not necessarily a fault in any one piece, but it is a weakness of the field overall when it crowds out other approaches.

Given these conditions, organizing a group of work around the concept of the male muse offers a welcome opportunity to step back and evaluate how we see people. In alienating us from our subject, it helps on the one hand to unmask our assumptions, and on the other hand to introduce new possibilities into our outlook.

"The Male Muse" includes work that very much applies the assumptions for depicting women to the male figure. The novelty of the subject, and the different set of problems it forces the artist to solve, produces such excellent results as Heidi Elbers's Feathered, in which the erotic link between flesh and filigreed clothing is turned on the sensual male figure - or Conor Walton's The Great Amphibium, in which the age-old trick of composing to nearly, but not quite, reveal the genitalia is applied to a sleek, wet youth - or Irvin Rodriguez's A Clean Slate, An Ode to Private Gordon, which builds on its historical source to produce a beautiful man in a beautiful pose: the precise mirror of so many contemporary female nudes. 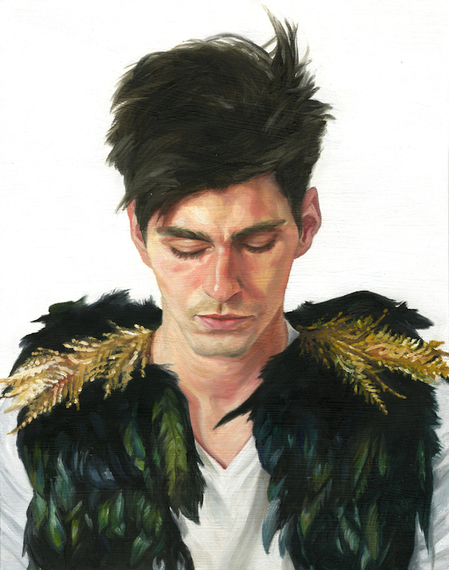 Along slightly different lines, other artists produce work in which the male figure is lusted over, in the domineering and physical way that men tend to lust - consider the dewy, passive youth in Rose Freymuth-Frazier's Wallflower or Thomas Wharton's sumptuously muscled, slightly open-mouthed lad in Night Vision or Elizabeth Claire Ospina's women laying hands on the weakly-resisting, furrowed-browed adonis in The Male Muse. 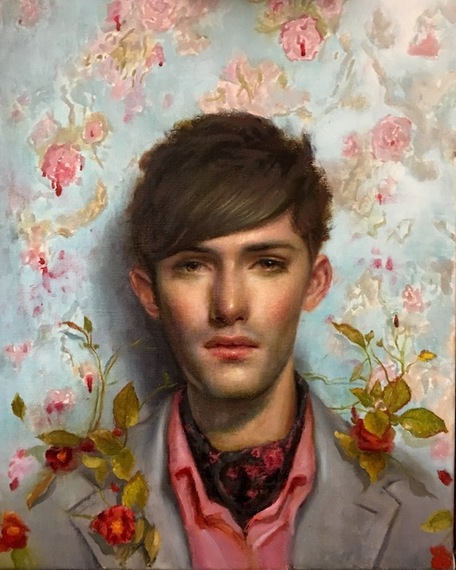 Most extreme in this avenue, of applying the "rules for women" to depicting men, is Marko Tubic, whose complex and gorgeous Composition 2 reconfigures the male nude as a purely formal system, a near abstraction somewhere between decoration and futurism. 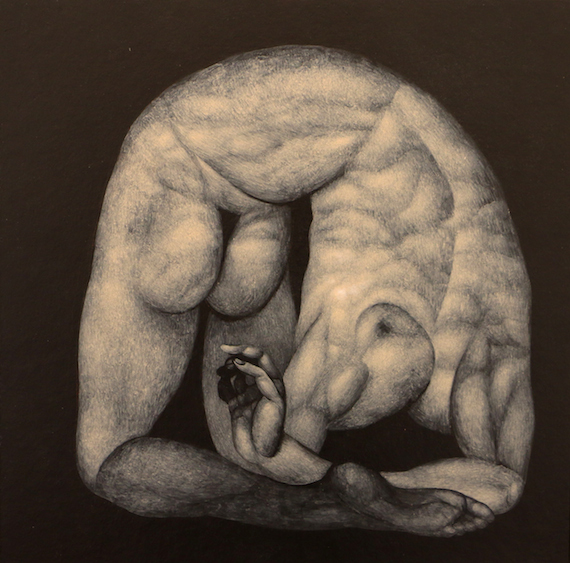 A different set of artists in this group tackles the topic from a perspective more closely associated with how women are generally said to look at men - simply as people, with interest and attraction prioritizing interiority over form. Consider Jan Nelson's chronicle of his aging in his solemn and simple Self Portrait 1974 and Self Portrait 2016, or Didi Menendez's painfully saturated depiction of a shy young man in Vincent 2, or Devon Rodriguez's deft evocation of character through posture in Brooklyn's insecurely macho hipster. 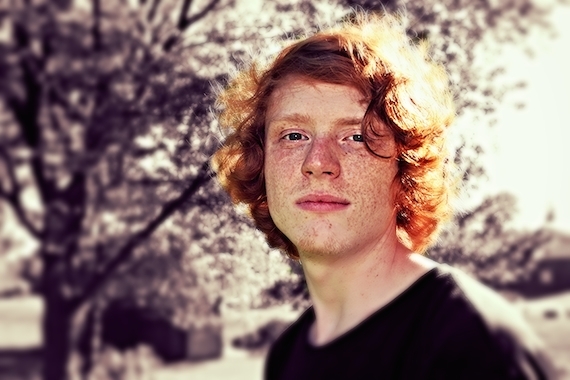 For me, Erin Anderson is a master of synthesizing psychological interiority and the charms of the flesh; her work is represented here with Mark Weathers the Storm, an unexpectedly sexy depiction of a bulky middle-aged man who is utterly confident in his masculinity.

Thus we have two main strains of response to the challenge of the topic: the application of the typically masculine biases and tropes of contemporary figurative work to the subject of men instead of women, and the deployment of a more typically feminine set of perceptual tools in the depiction of men-as-people.

Is there work in this group which transcends these two poles of perception? I would submit two candidates, two artists whose deconstruction of the image is so intense that the categorical boundaries of its maker and its subject become blurred. On the one hand is the dreamy, magical-realist spiritualism of Sergio Gomez in New Beginning 3: his man is submerged in the image, subsiding into the role of Human, in a story of hope and transformation which is little identified with gender. On the other hand, there is the jarringly analytic Lego collage of Pauline Aubey in Replicant?, in which the image is subjected to such a rigorous decomposition that its foot touches the bottom of the ocean, kicking the bedrock questions: how little can be provided, to result in perception? what minimum of intervention produces art? For both these artists, the male is a springboard to a set of themes which transcends the subject. This, one might argue, is the job of the muse. 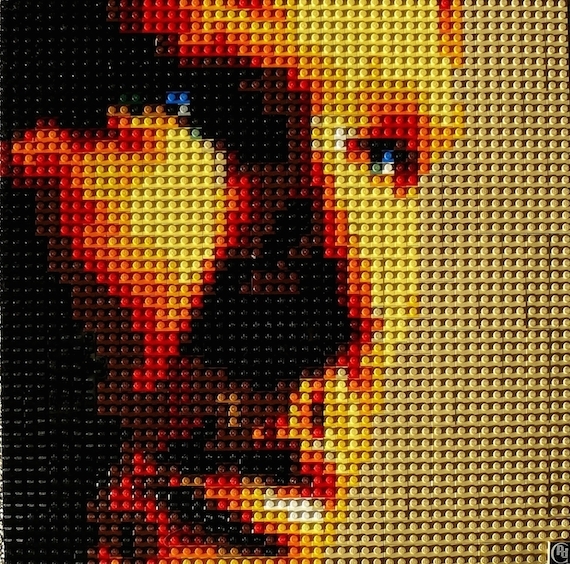 The complete "The Male Muse" is available for in PDF and hard copy form at
https://www.poetsandartists.com/store/the-male-muse-pa-82