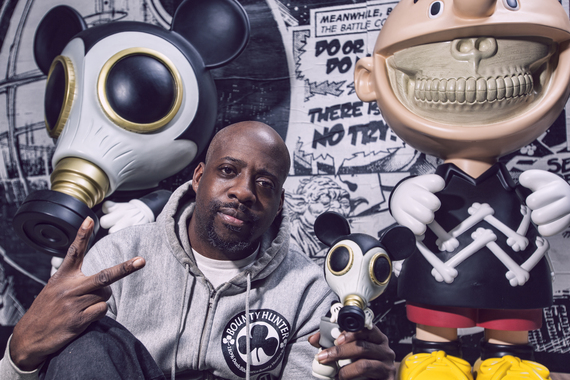 Real creative people need true creative studios to work. The legendary Andy Warhol had one called The Factory, and it was where he made the magic happen. The Factory was a meeting place for artists and musicians alike. Individuals like Lou Reed, Bob Dylan, Mick Jagger, and Salvador Dalí were regulars. But for some reason these days there seems to be less people taking advantage of creative spaces. Places where energy can flow to allow and even enhance creativity. One such place the concept is lacking is hip-hop. Though all artists work in studios the concept has downsized to small rooms anywhere a mic can fit. That is not the case with The Compound in the Bronx though. Started by DJ Set-Free, The Compound is a new age creative art studio. And it is where the biggest names in the genre are collaborating to bring the fans true innovation.

It was a Wednesday evening this past September in a marijuana smoke filled room when I met DJ Set Free. We were there for a private listening session of the new project "Hate Me Now" by acclaimed Harlem rapper Dave East. East is an artist signed to the label Mass Appeal, owned by iconic rapper Nas. When I walked into the studio East's manager Wayno greeted me after seeing me through a crowd. Almost immediately after he gave me an enthusiastic introduction to DJ Set Free. Despite being in a room full of important people it seemed I was getting introduced to the one who held the most weight.

Set Free is an inconspicuous man by most standards. Standing at six feet tall, you might not pick him out in a crowd of people from the hip hop industry to be as accomplished as he is. He does not wear any flashy jewelry, or go out of his way to be in designer clothes as many do. But he definitely comes off as someone who is comfortable in his own skin. 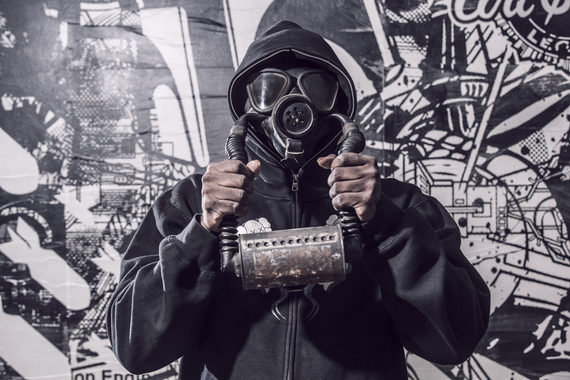 After the introduction I exchanged contact info with Set Free, and asked him to tell me a bit more about himself. That is when he told me about his background as a DJ as well as owning a creative art studio in the Bronx called The Compound. Just the idea itself intrigued me because I haven't heard about anything like it so I kept asking him questions about it. Feeling how interested I was by the idea of this place he invited me to come check it out when I had some free time.

The idea for The Compound came to him after years of being in the music industry. He noticed that creative people seemed to box themselves into specific spaces. For instance, in music studios you never saw graphic designers working. Or photographers did not seem to be part of the music making process. Everyone had their own stations. But he envisioned a place where everybody would work together. And in that space feed off the collective creative juices flowing in a room to put together the best product possible.

When you first walk into The Compound you can't help but get a strange feeling. The entire place is a juxtaposition of different things you would never imagine goes together. Try to imagine what would happen if you put together the brains of Pharrell and Kanye West. And then you asked them to design a place they would enjoy working in. In one corner you see a Louis Vuitton basketball that costs $3,000, and in the next you see a wall of Star Wars memorabilia. Then you turn your head and see a recording booth right next to a signed Kevin Garnett jersey over a wall of toys. There are boxes of clothes and shoes all over the floor from every brand you can think of. At one point while Set Free and I were talking he was opening some of his mail. It was an entire box full of Ethika men's boxers.

Of course it makes sense that all these brands would send him things though. He has celebrities, influencers, and tastemakers in there at all times of day. Sometimes people go there to work, other times to think, and sometimes just to get away from everything.

The people who go by there are heavy hitters by every standard. Stars like Swizz Beatz and his wife Alicia Keys are regulars there. Hip hop legend Jadakiss stops by there all the time as well. Other frequenters include Rich Homie Quan, Mos Def, Young Guru, Stalley, and The Underachievers. In fact, while sitting there with Set Free he received a phone call from the former Roc-A-Fella artist Freeway. He was just calling to say his health was better after a recent scare he had with his kidneys.

As of today, The Compound is not backed by any corporate partnerships. Set Free and his team have led the massive success of this place alone. While quiet on immediate details Set Free did say there was plans for expansion in the future.

By definition, innovation is bringing together two things you may have not thought had anything in common. Then using them to solve something else. That is what The Compound does. It brings together the amalgamation of opposed things. And those things make up different essences of creativity, something we are lacking in these days. Everything is about following others and intense vanity. It is clear The Compound will help push people's minds to the next level. And with someone like DJ Set Free spearheading it there is no doubt that it will do anything except take off. 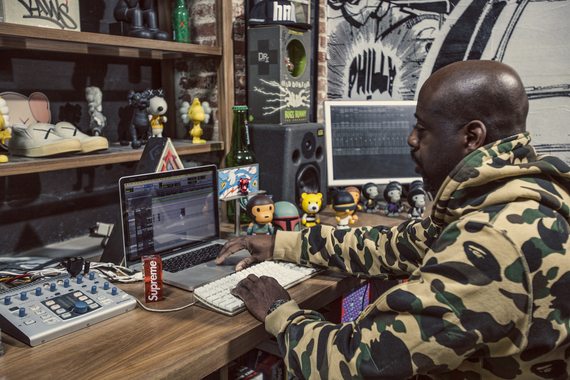