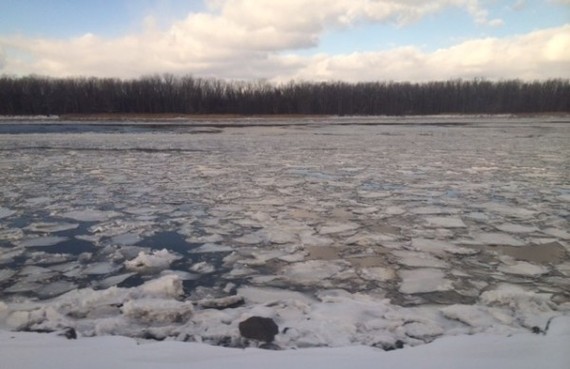 Yesterday I took the train to Montreal. I love taking the train, and I actually particularly loving taking inefficient trains -- like Amtrak's Adirondack service, which trundles through the Hudson Valley at around 30 miles per hour. Anyone with the money or time or sense would fly to Montreal -- so basically you're left with students, cost-cutters, and people who really, really, really like trains. Crucially, this cuts down on the competition for seats. The key to a successful train trip is an open seat beside you, and I have done terrible, passive-aggressive things in order to keep mine. After college, I took the train from New York to San Francisco and assiduously kept the seat next to me littered with napkins and apple cores. (I'M A MONSTER.) I would cough violently as seat-seekers walked by. The problem is that anyone -- myself included -- would want to sit next to someone like me: relatively compact and not particularly unpleasant-looking. Of course, they can't see my black, black heart, hoping that they will just keep walking.

I made it only a few stops out of New York yesterday before my dream of a traveling, two-seat palace was dashed, as a man I can only describe as courtly leaned into my area (MY area) and said that this was the only open seat he could find. "I have looked up and down and this, I believe, is the only seat for me," he said. I acknowledged him by moving my things off what I was now forced to regard as his seat -- that whole "I know you're right but I'm not happy about it" thing that New Yorkers do when public-transportation etiquette has been challenged but not broached. Honestly, he could not have been nicer, I couldn't have been more passive-aggressively unpleasant, and we settled in for our 10-hour trip, cheek-by-jowl. Then I got up (to get a microwaveable hot dog, potato chips, and Gatorade, none of which could have been more delicious). That was when I saw many, many open seats -- not only empty seats next to other passengers, but entirely open pairs! He could have sat anywhere!

We settled into silence. What happens next is what usually happens: I began to feel guilty for doing my thing -- that "You are bothering me so I will not acknowledge you" thing. I would like to think it is a byproduct of being shy -- maybe it was, once -- but now it's just suspicion: the guard I put up in an unfamiliar place. People talk about New Yorkers being guarded, but I actually think it's a strange, and quickly dismantled, variation: You're constantly sizing people up, but after a while, you have a terrifically honed sense of when to give people the benefit of the doubt, and I think we give it whenever we can, once we've determined that this stranger doesn't want to hurt us or rob us or hit on us or anything; they just want to get by. Or take a seat on a train. Paradoxically, I find myself much less open to people when I'm traveling, especially when I'm in transit. Some of that is deserved -- there are bad guys out there -- but when that attitude is deployed and not deserved: Oh, that is a terrible feeling. I began thinking of ways I could make it up to the man sitting next to me for being such a jerk. I asked him if he would like something from the cafe car. ("No, thank you.") I asked him if he would like to use one of the electrical outlets. ("No, thank you.") I asked him if he would like half of my Twix bars. ("No, thank you.") At a certain point (Saratoga Springs), I decided I was making the situation worse and gave up.

At the border, he told the immigration officer that his name was Alfred and that he was going to visit his sister in Montreal, and that he hoped she would stamp his passport because he didn't get to travel very often and OH MY GOD the crushing guilt I felt at making his trip anything less than entirely pleasant. I saw him back home. I saw him saying, "Yes, my trip was very nice ... for the most part." Because one person can make a different, I think, for good or for bad. I still remember a man at Union Station in D.C. who gave me a free bag of bagels, and I still remember a TSA agent who said he was going to detain me because my shirt, and its many, many metal rivets, kept setting off the alarm.

I didn't notice it until after we crossed the border, when I was beginning to pack up my cords and cables and Krispy Kreme wrappers, but it suddenly occurred to me that Alfred and I had begun moving in tangent: I would reach to the floor to collect my things/hot dog box, and he would adjust his position -- so that he could continue looking out the window, I realized. "Would you like to switch seats?" I asked. We both looked out the window. It was 7 p.m. and pitch-black. "It is rather dark out," I said. "Maybe it doesn't matter."

"I'll just sit here," he said, pointing to my window and then the window across from us, out of which a woman had been recording the entire trip on her iPad. "This way I can see out both sides."

"It is no problem," he said. He reconsidered, taking in the scene outside, which was occasionally punctuated by street lamps and Christmas lights. "It is very beautiful, though."

I went back to picking up my stuff, and he could not help himself from peering over my shoulder or above my head to look out the window.

"I'll tell you what," I said, after I finished repacking my bag. "I'm going to sit up there." (I could say this because there were SO MANY open seats left, a situation I knew now that we would never resolve.) "You can maybe sit in my seat."

I walked up to one of the open pairs of seats and sat down, in my own window seat. It was, as Alfred and I had discussed, dark outside, but also extremely beautiful: The mountains of northern New York State were gone, replaced by the flat, snow-covered plains of southern Quebec. There was a full moon, and it glowed on the white fields, which were interrupted, every so often, by what I imagined to be farmhouses. Many of them had Christmas lights strung along a porch or a window. Everything was beautiful and glowing and I hoped that Alfred was seeing what I was seeing, from the other side of the train. I sat there and brooded, and by "brooded" I mean started sniveling because everything seemed so lovely and wonderful and because I had at first seen Alfred only as someone intent on invading my space and not for who he was, someone who was trying his best to find delight in the world around him.

I sat in my new seat until we crossed the bridge into Montreal. I went back to collect my bags and found Alfred sitting in my window seat. He smiled and stood up to let me get my bag, then got busy collecting his own things.

Suddenly we had arrived, after 12 hours, an hour late, and Alfred stood in the aisle, waiting for the line of people between him and the door to finish putting on their hats and scarves and leave the train. I put on my coat, in my window seat, and looked up to his back: Please, please, I thought: Look back and smile; give me the opportunity to say "Take care" so you can know that I only wish you the best.

He looked back. He smiled.

Voting Made Easy
Register to vote and apply for an absentee ballot today
Register now
More:
travelmontrealamtrak
Newsletter Sign Up
An essential daily guide to achieving the good life
Subscribe to our lifestyle email.
Successfully Subscribed!
Realness delivered to your inbox