My father, Leonard Shlain, passed away three weeks ago. I wrote about the vigil my family had been holding for him the night before he died.

We buried him the next day in a plain unlined pine box -- a green burial -- in a beautiful hillside that I used to look at when I was growing up as a kid in Northern California. The spot he chose is on a 35 acre nature preserve with hawks soaring overhead, an ocean breeze and views of Mt. Tam. I could hear the kids playing at elementary school I once attended. In lieu of headstones, the funeral home buries a GPS device 18 inches from the surface so we can find his exact place on the hillside when we return. It is a perfect place to spend forever.

The memorial, a few days later, was particularly spectacular because he showed up. He had the foresight to have my filmmaker sister, Tiffany Shlain, shoot a video of himself several months beforehand. After the Rabbi briefly spoke, she introduced him on a huge screen next to the platform in the center of the synagogue. The audience gasped. There he was, looking dapper in white suit, sitting on a chair in a spacey kind of heaven. With the help of a green screen he had clouds alternating with stars and outer space floating behind him. It was so Lenny Shlain. "I always wanted to attend my own funeral." He said as he opened his hands, show time-style, paused and said "Well...I'm here!"

"Actually," he continued, "I can't tell you where I really am because it's a secret." He then proceeded to the story of his improbable life, how blessed he felt, how much we all meant to him and how much he will miss us. He assured us that he was in a good place. What a tremendous gift. 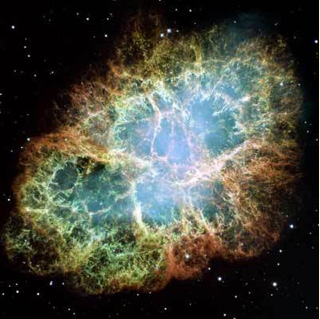 I can't wrap my head around the finality of death and I don't really believe he's gone. I made a shrine for him -- like the kind I used to see for goddesses while living in India -- in the living room where I walk back and forth in our house. I put flowers and candles around his picture. It looks like his spirit burns bright there still. It also gives me something to do every morning that honors him. I look into his smiling face and say good morning. I make sure the flowers are fresh and the candles are lit.

Before he died, I was helping him edit his newest book. One of the chapters that stood out was about the importance of beauty and the significance of flowers. I remember when his theory was in its infancy. He called me excitedly one day. "You're not going to believe this," he said. "What?" I replied. "We almost missed the flowers!" He then marveled over the fact that during earth's 4.5-billion-year existence, that flowers have only come into existence the last .0003% of that time and that man has only been around the last .0000003% of that time. He couldn't believe how lucky we were that our species could have come and gone and missed this botanical celebration by a hair.

Even though I'm his daughter, a part of me thinks of our souls as flickering beings that go in and out of existence at different times and places throughout the universe. I feel equally lucky that mine got to exist here at the same time as his.

I was profoundly touched by the outpouring of support and love myself and my family received after I published the story about the vigil and after his death. I felt I would be remiss not to share some form of a coda to the experience before diving back into the what I normally write about. In the meantime, I thought I'd share with you one of his lectures based on his second book, The Alphabet vs. the Goddess. With your blessing, I will do this every so often.

First Person Artist is a weekly column by artist Kimberly Brooks in which she provides commentary on the creative process, technology and showcases artists' work from around the world.