On a chilly Paris night in November 2015, my boyfriend proposed to me.

Pont Neuf, the oldest span of bridge across the Seine, sparkled with light. It was a traditional proposal, aside from our same-gender love, where he nervously lowered on one knee, professed his unyielding affection, pulled a ring from his jacket pocket, and popped the question.

I said yes, and afterward, between bottles of champagne at a swanky bar on Rive Gauche, made a lot of international calls back home to my family in Texas. Then we celebrated over a fancy meal by Alain Ducasse, all of which I vomited up later that night in our hotel room. I chalked that up to being a sign of good luck.

The rest of our visit was just as romantic and inspiring. We had (more) champagne atop the Eiffel Tower. Watched the sun set over L'arc de Triomphe. We traversed Le Marais with Parisian friends and I was endlessly enchanted each time I was introduced as his fiancé in the language of love from which the word stems. 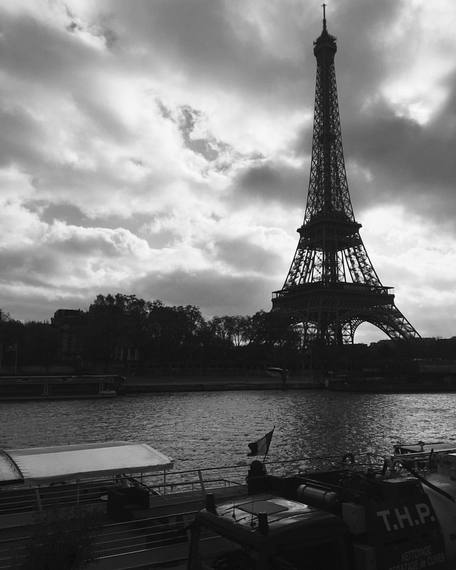 Before leaving Europe, we made a brief excursion to Portugal, where a series of unfortunate events began to unfold. My fiancé twisted his ankle in Lisbon the night before our return to New York.

His pain was so severe he required a wheelchair and the assistance of airport personnel to navigate him through security checkpoints and gate terminals from Lisbon, back to Paris, and then JFK Airport. (Side note: traveling with your fiancé while he's temporarily in a wheelchair means you get ushered to the front of every security line. So, savor the moment).

At our gate in New York, our last wheelchair attendant arrived. She was a middle-aged woman who made small talk on the way to customs and to baggage claim.

"Where did you and your friend just arrive from," she asked in that benign way strangers make conversation to fill awkward silence.

"Paris. And he's my fiancé," answered my partner from the wheelchair.

The woman let out a chuckle that (in hindsight) I choose to attribute to a nervous acknowledgement of her gaffe. But in the moment it stung and the light of Paris that I had tucked away in my heart had slowly begun to fade.

Then the customs agent, staring at the three of us, tried his best to understand who I was in relation to my partner. Assuming I was an impatient traveler trying to usurp his place in line, he issued a stern directive.

"Sir please step back until you're called," he ordered. My partner's physical pain and frustration with the agent registered in his voice when he confirmed that we were together.

The customs agent allowed us through. 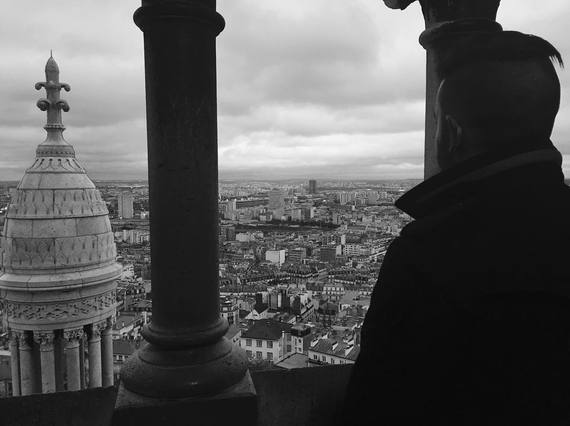 We made it home and began planning the wedding, and more unfamiliar terrain was traversed when the license application presented us the option to change our names.

True, we had a number of options. We could keep our own last names, make a new name by combining our surnames or hyphenate.

Neither one of us was thrilled at the idea of a hyphenated name. My last name is ten letters long, and his is seven. In the end we were lazy left-handers too daunted by the tremendous wrist-work extra letters would require in our future signatures.

Blending a new name didn't gain traction either. Maybe we weren't creative enough. After using a few online algorithms to configure a mélange of our names, we agreed we didn't love them.

So we revisited the notion of one of us taking the other's surname. This was a touchy subject for me and for a number of reasons.

I demurred to the idea mostly because we're an interracial couple. For many African-Americans, surnames have a troubled history. My ancestors were stolen and enslaved, and after receiving their freedom and (second-class) citizenship, they took the surnames of their former enslavers. So, my last name did not hold quite the same meaning for me as my fiancé's name did for him. He held a sense of genealogical ownership and attachment that only went so far for me.

He's Polish-German-Irish, as legend has it, his surname derived from an Anglo-Saxon noble who was granted land outside of present-day London in the tenth century, which was ultimately lost when one of his descendants sided against William the Conqueror.

It was a good name with an interesting story. But I could not deny that, for all its historical pain, so was mine.

I was also afraid our decision would look less politically progressive to queer identified friends or colleagues or that my African-American family would register an unequal power dynamic between us in deciding to take another (white) man's name. I didn't want to be the poster boy for heteronormativity, or anyone else's boy for that matter.

Straight women have experienced a long and misogynistic history with what this step has symbolized in society. It meant you were the property of your husband and until just a few decades ago, was required for women who wanted to retain a driver's license or voter registration. Women have led a legal, social and economic charge to fight against such thinking. Would my decision be anti-queer, anti-black, and now anti-feminist too?

Gays and lesbian couples are relatively new to marriage. A slow trickle of access to this particular set of civil rights became the law of the land in the U.S. in 2015. The decision to affirm some of our relationships through an institution so historically steeped in patriarchy necessitates its reshaping through the creation of new traditions, while also allowing for the adoption of established norms but only as we see fit.

Ultimately, I kept going back to those moments in the airport. I kept replaying the bizarre looks and second glances at our passports as officials tried to label and identify our relationship. My decision to take my future husband's name is a way for us to outwardly signify to the world that we were a unit beyond platonic friendship or travel companions. In the end, that was most important to me.

And by the way, please disregard the name in the byline. It's probably changed since the publication of this article.