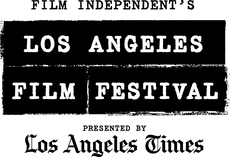 This year's festival takes place entirely Downtown and features more than 70 indie and foreign films along with panels and seminars, interviews, short film programs, music video showcases, free outdoor screenings, live musical performances and other unique events. Unlike other film festivals, this one seeks to provide many different experiences for both film buffs and those seeking to absorb the vibrant culture of Downtown LA.

So, what should you try and see at this year's festival? Here are some highlights:

Besides watching a film screening, Filmmaker Conversations start on June 20th and all of the Coffee Talks are on June 26. Some conversations include one with Ben Affleck, another with John Lithgow, and an evening with Sylvester Stallone, which will be moderated by film critic Elvis Mitchell (KCRW's The Treatment). The prices for Coffee Talks and Conversations, which are open to the public, range from $12-15. Meanwhile, the Filmmaker Lunches are open to the public and are "bring your own lunch."

The outdoor Ford Amphitheater will also be playing four flicks: Centurian, The People Vs. George Lucas, The Last Exorcism and Thunder Soul, which is about a teacher that turns a high school music group into a hit and the students who want to reward him later in life.

There is also a free screening on the 19th of Desperately Seeking Susan, which will include a special appearance from its star, Rosanna Arquette (yay!) and an 80's costume contest (bring it!).

Tickets for the festival are already on sale with various pricing options.

Save me some popcorn!