by Daniel Calingaert, Executive Vice President
and Danilo Bakovic, Director, Internet Freedom Program
Internet censorship comes in a wide variety of shapes and sizes. We often think of it as the "Great Firewall of China," which blocks access to websites with banned content. But internet censorship takes many other forms. It ranges from physical assaults on journalists who publish exposes of corruption online to cyber-attacks on the websites of human rights groups and prosecution of webmasters for comments that other users post on their platform.

In the face of ongoing revelations about extensive snooping by the U.S. National Security Agency (NSA), censorship abroad may seem like yesterday's problem. These revelations are troubling, but there is a broader array of threats to internet freedom around the world, and those threats are extensive and are growing, as documented in Freedom House's report Freedom on the Net 2013.

To get a picture of the different types of internet censorship, take a look at the following snapshots:

The Many Types of Online Censorship
Threats to Internet Freedom 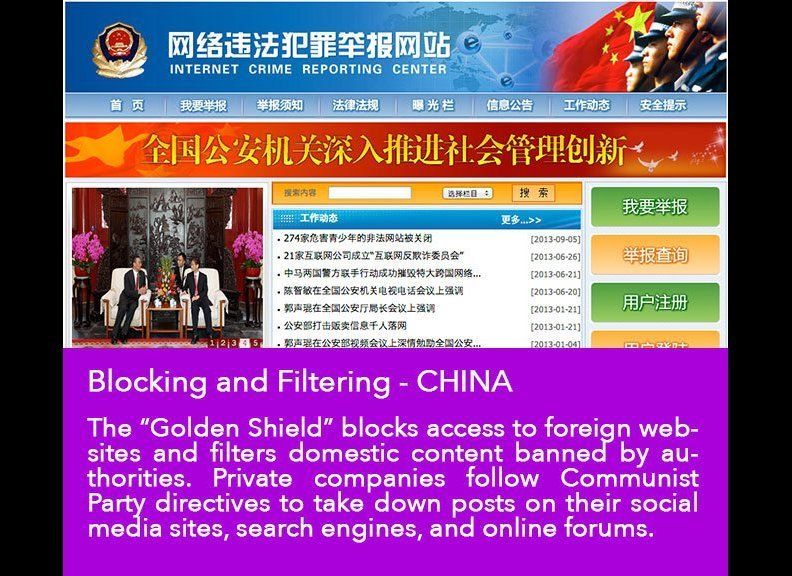