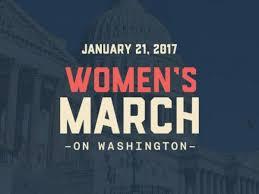 As we speed toward January 20th, and the inevitable inauguration of Donald Trump, I find myself increasingly numb. Somehow, I imagined that the disgust and shock I felt on Election night would soften with time. While I felt certain that I would never feel good about the outcome of this election, I somehow believed that things would simmer down and perhaps Mr. Trump would make an effort to act... well, more presidential. In my mind, that would include not reacting to every thing he doesn't like; or not tweeting ridiculous things day in and all night, and it would mean working on reaching out to all Americans, as he promised to do. None of that has happened. In fact, since the election, Donald Trump seems determined to shock, incite, and agitate, more than anything else. And the more he does this, the more I feel committed to stand up.

For a man who promised to "drain the swamp," he seems determined to make the waters even murkier. Though I never agreed with his tactics, I understood why some Americans were disillusioned and feeling hopeless. If nothing else, this election brought so many issues to the forefront of our nation's awareness, as demonstrated by the Bernie Sander's movement, Hillary Clinton's campaign, and Donald Trump's rise and win. The drain the swamp slogan was brilliant, in that it galvanized so many people. It's a term that people could run with, and they did. But how do Trump's supporters feel now that he's about to take office. How do they feel about about all of the super wealthy (billionaires!) cabinet members Trump has named? Is there any concern that he pursued Hillary Clinton relentlessly for ties he claimed she had to Goldman Sachs, and now Trump has nominated Steven Mnuchin, a former Goldman Sachs top partner, as head of the US Treasury? Do Americans who voted for Trump really really believe that the close friends and financial supporters he's chosen are better, or less self-serving than the people they wanted out? The hypocrisy is staggering. Witnessing these things, I can't sit quietly or just complain to friends.

The issue of the Russians, and their potential role in our national election, and ties to Trump, is beyond disturbing and should be to anyone who believes in American freedom. As a 53-year old woman, who grew up during the final years of the Cold War era, I am utterly gobsmacked that all Americans are not demanding answers. While Trump initially, and repeatedly, stated that he didn't believe our country's national Intelligence Agencies' findings, last week he turned around and threw the Russians under a swamp boat, after accusations surfaced regarding very unsavory behavior by Mr. Trump in Russia. It's dizzying and disgusting on every level, to keep track of the accusations against the president elect, and the excuses he throws out there. But where there's smoke, there's usually fire, and clearly no one ever taught him that the more you protest, the guiltier you look.

Each time disturbing accusations about Trump are revealed, he uses the same whiny responses: "It didn't happen," "not fair," and "fake news." He is entirely incapable of showing the most basic levels of integrity or self-control. There are no apologies; there is no humility. It's like watching a toddler... who has not had their nap... and is hungry... and has dirty-pants... without the cuteness factor. It's disgusting; it's deeply disturbing, and it's about as far from Presidential as anyone can defend. This, from the same man who has leveled countless attacks and accusations at others! The fact that so many Americans and the Republicans are willing to dismiss audio tapes of Trump, talking about "grabbing pussy" and having sex with a married woman is shocking enough, but that the Russians are talking about "golden showers," and hookers, in terms of our incoming president, is just stunning. Again, his response is one of complete denial, but if a portion of our country was so up in arms about the "birther" accusations that Donald Trump lodged against President Obama, how can all of this filth be ignored? I can't ignore it; can you? 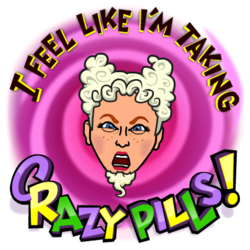 I'm stunned over and over again, that so many Americans are willing to pretend that Trump didn't openly and unflinchingly taunt a reporter with physical disabilities, on tape and with no apologies. It troubles me; I can't un-see that recording. It's hard to condemn hate crimes or express concerns about teens committing suicide, from cyber bullying, when our next President and the Republican party who nominated him, let this kind of thing slide? It's unbelievable that voters were willing to ignore that Trump taunted John McCain, a former Vietnam POW and political icon, and the Kahn family, who lost their son in service to this country. Now he's attacked John Lewis, highly respected Representative and Civil Right's icon -- ironically, just in time for the Dr. Martin Luther King, Jr holiday. Trump supporters chose to ignore the fact that the man they hoped would drain the swamp has talked about their daughters and wives in the most disgusting terms -- and I firmly believe that when he talks about any woman the way he has, time and time again (calling them fat, or sex objects and conquests), every American woman is assaulted. How do those voters look at their own daughters and dismiss this behavior as a joke? How do they teach their sons that this is wrong on every level, when their future president laughs at and dismisses this garbage as "locker room talk?" Is the "great again" voters want? Each of these events make us all look ridiculous, given that we've chosen him to lead our country. I am not ridiculous, and I can't sit quietly and pretend these things are harmless.

It doesn't matter that Trump lost the popular vote to Hillary Clinton by 2.5 MILLION votes; he won the election in Electoral votes. He will be our 45th president -- an office I have always respected, regardless of my political differences. However, Donald Trump stands for everything I find reprehensible. He does not represent my idea of America, and while he will legally be our nation's president, I will not use his name or that title together, for the next four years. It's a small and simple protest, but one I can do to acknowledge all of the things that outrage me, as an American. His indifference to the state of our planet and environment, and denial of global warming is horrifying. His intention to ignore promises made to the world, as a nation, at the Paris Climate agreement, makes all Americans look untrustworthy and small. His lack of concern for Americans who are struggling to access health care and make a living wage, and for anyone who isn't as wealthy as him -- short of empty promises, that will not be very hard to fill, is sobering. I believe that the spike in Tweets this week, from Trump voters who are just realizing that they will lose critical health coverage, is a sign of much darker things to come. These Americans struggling to meet health costs deserve better, and I believe Trump is completely cut off from any reality outside his gold-gilded home. His arrogant disregard for our Constitution, as demonstrated by his endless conflicts of interest in business, and his position as president, is something that will no doubt be as source of endless analysis over the weeks and months to come. I can't help but think that while so much damage is already done, it will only escalate, and we as a country will face humiliating laser focus from around the world.

When I heard that women were organizing a Million Woman March in Washington, DC, for January 21st, the day after Trump's inauguration -- to stand against all of these things, and protest the election of Trump, I was hooked. It was empowering, in those shocking hours just after the election, to know that others felt the same concerns, and were already organizing. I had already purchased airline tickets to visit my daughter, son-in-law and grandson overseas, and would not be returning until after that date, and I wasn't willing to change my tickets until I was sure it would happen. As soon as the March was confirmed, that's what I did. I won't sit quietly; I will not accept what I find unacceptable; or simply boycott an inauguration. Instead, I'm flying home on January 20th to attend the March on Washington. I've traveled enough to know that my middle-aged self will be bone-tired and jet lagged, but I'll be wearing my pussy hat and marching along side men and women from all over the country who feel these same things. I'm marching to show my opposition to all of the hateful things that Trump has said and done, and for all of the behaviors that I believe diminish us as Americans. I know that our country is better than the things Trump paints us as. I believe there's a middle, where those who wanted change, and those who are disgusted by the messenger, can meet. I embrace every incredible word that the great Meryl Streep uttered, at the Golden Globes last week, and I will March to stand for those principles, on January 21st. 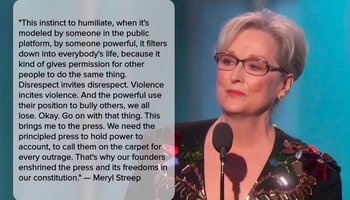 I'll be marching to stand in support and solidarity of women, Muslims, Blacks, Native Americans, and other minorities that have been impacted or targeted by Trump's ignorance and hateful rhetoric. I'm marching for immigrants -- who have always been an integral part of the American fabric and who are especially vulnerable right now, having been attacked and threatened by Trump, over and over. I'll be marching in support of the Press, in the hopes that they will hold this man accountable, and stand firm and in witness of behavior that attacks or defiles American freedoms and rights. I am marching for my self and my commitment to be a person of integrity and conviction. I'm owning the title feminist and embracing my role as a woman- who is a daughter, sister, mother, and wife, and who has felt assaulted and traumatized by Trump's abhorrent behavior and remarks to and about all women. I'm marching because this is something I can and must do.

I know that I'm fortunate to be able to make this trip; not everyone can. While there will be marches in many US cities, in support of these same things, I'm excited to do it in our nation's capital. I want Donald Trump to hear us, and see us in that important center of American history, and know that we are watching him, and that we are not backing down. I'm excited, anxious, scared, energized and empowered by the decision. It will be electrifying to join arms with hundreds of thousands of other Americans, who stand for these same values. I've joked with friends and family that I planned my return ticket for three days after the march to: A) get out of jail; B) get out of the hospital, or C) to visit museums. I hope it's the latter, but either way: Mr. Trump, we will not sit back and be silent. To borrow some advice from the divine Betty Davis: buckle up; you're in for a bumpy ride.

Are you going to the March on Washington? How do you feel about Donald Trump, as a person and as the leader of our country? Please leave a comment.

Share/Like on FB; simple things make me happy! Become a "fan," with the icon next to my name, at the top. If you'd like to read more of my writing, check out my blog Tales From the Motherland, and Follow me on Twitter