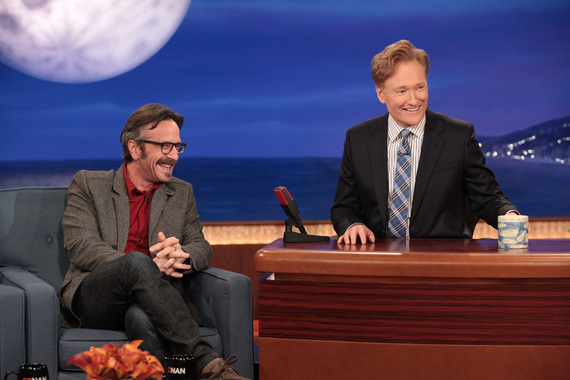 No one is more surprised to find Marc Maron sitting securely atop a tidy little media empire than Maron himself.

As his self-titled series on the IFC channel, Maron, enters its third season, there's a marked fork in the path between the fortunes of Marc Maron, the TV character, and Marc Maron, the actor who portrays him.

"Yeah, we've gotten Maron into kind of a pickle," Maron says by telephone from his Los Angeles office. "By the end of this season, he's not in very good shape. We'll have to do a fourth season just to bring him back."

As opposed to Maron himself, whose recent past includes a 2013 comedy album and TV special, both called Thinky Pain, and a 2014 book (Attempting Normal). And whose future includes a talk-show/documentary hybrid for Vice called Portraits.

That's not to mention the twice-weekly podcast (which has turned into a radio show) that launched it all, WTF with Marc Maron, the root of all the attention.

"It's all pretty much beyond what I ever hoped for," Maron says. "It's astonishing, really. I'm just grateful I'm able to earn a living."