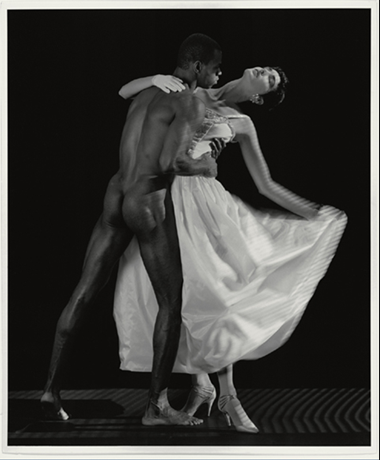 Once upon a time there was a profound understanding of the two electromagnetic poles we now call "positive" and "negative." Back in the day the fundamental polarity upon which the material world is constructed was expressed as the "masculine" and "feminine" forces ... also known in the East as the complementary forces of yang and yin.

The masculine/yang represented the intellect, light, narrow linear focus, order intellectual processing, logic and aggression. The feminine/yin were the words used to refer to emotions, darkness, holism, intuition, chaos and receptivity. Neither force was stronger or better than the other--just different. One expression could not exist without the other. And without these two expressions there could be no life.

Today our understanding of masculine and feminine--what are essentially the archetypal forces lying at the root of all Creation--has been sexualized and drastically reduced in meaning and scope.

For example the picture above titled "Lady Gaga - men as slaves - power to Woman!"" was the result of a Google search "the masculine serves the feminine." That and a bunch of 1950s images of guys in shirts and ties serving breakfast in bed to their startled but ecstatic mates overcome by the thought of their husbands actually getting up and making coffee in the morning by themselves.

And yet in the natural order of things (life) the masculine does serve the feminine.

That doesn't mean that men should be slaves to women. Ridiculare!
It means that in the natural order of things the feminine (the Creatrix) precedes the masculine. The dark vastness of the Biblical Void is the Womb of Creation--the infinite chaos of potential (the feminine) out of which the seed of light grows and life is born into structure and form (the masculine).

Once life is in motion, if the "natural order" is followed, the masculine continues to serve the feminine.

There has never been a great male entrepreneur--from Carnegie to Edison to Walt Disney to Bill Gates--who hasn't tipped his hat to the instinctual, intuitive feminine processes within, crediting the "illogical force" that pressed them to follow their gut with their ultimate success in life. They started out with a hunch--a stirring in their heart and soul (the feminine intuitive processes) --that they then served by following up with hard intellectual processing, aggressive action, relentless focus and fierce will ... all the masculine expressions needed to make the original intuitive vision manifest in the world.

This is the mating dance of the forces of yin and yang, feminine and masculine.

It's been a long time since this ancient understanding has been recognized socially. The last time it happened was during the romanticized times of King Arthur and his court when knights worshipped their ladies and bards extolled the virtues of the Queen of Heaven and "real men" bowed to Her and did Her bidding. The feminine was honored and courted, cherished and protected.

But then we got it all mixed up and started to believe female humans were "the feminine." We confused one of the two most powerful equal forces in the universe with fainting spells and tiny waistlines, heaving bosoms and hysteria, physical weakness, enforced virginity, and political and economic inconsequence.

We reduced the life force itself to giggles, lace, the color pink, emotionalism and a pretend fear of spiders thinking .... "ah, that's the feminine." But that's no more "the feminine" than "the masculine" is bulging biceps, a cocky attitude, a six-pack of Budweiser and a red-boned hound in the back of a beat-up Ford truck.

It's been six years since I wrote the book Unearthing Venus and three since it was published. And yet a recent conversation reminded me yet again of how deeply trivialized and misunderstood the words masculine and feminine are in our society. And what a terrible disservice we do to ourselves and others in our ignorance.

And therein lies the crux of the matter.

And we wonder why our lives are difficult and our world is so screwed up? Why we're at each others throats, violent and stressed?

At the ancient site of the Delphic Oracle in Greece, the God Apollo--the god of light and intelligence--was worshipped. And over the door of the main temple was inscribed the advice: Know thyself.

It is time, and then some, that we began the process in earnest.