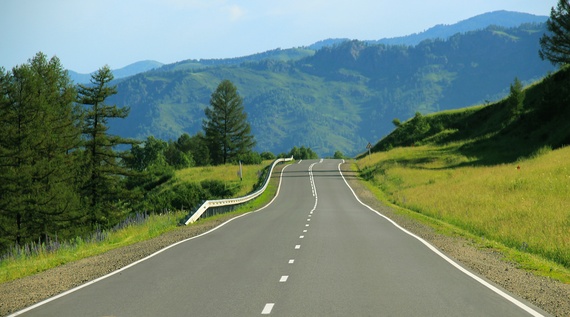 It's not every day that you get away to visit family and friends. Years go by in some cases before the next connection. This year was no different, filled with fun, exciting new memories for our children, and then...

We were on holiday in New York for a week and decided to drive several hours North to Geneva to visit my sister-in-law and her family. This was a beautiful journey through the Finger Lakes region of New York. We spent the night there and departed the next morning.

Prior to going back to my mother-in-law's home, we opted to visit a local store run by a small Mennonite community. This place was filled with lots of goodies and hand made toys, art, as well as furniture. Though we primarily visited for the food. After we made our purchase we we on our way back, or so we thought.

We were on the road for about twenty minutes when my wife noticed a black smoke in the rear view mirror. As soon as I turned around to look at it she said, "I think we're overheating!" We immediately pulled over. 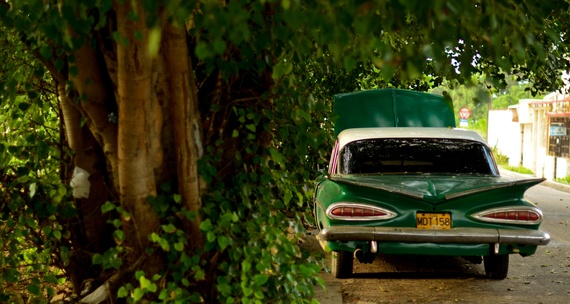 I didn't need to open the hood to see the steam coming from the engine bay. Once I did, it was like a fire was just put out as the amount of steam and white smoke was tremendous, and lifted up into the sky like a freshly filled helium balloon. Once it cleared I began to scan the engine compartment for what smelled like a coolant leak. At first glance it looked like someone threw a coolant filled water-balloon under the hood as it was everywhere. It was this moment I realized we were going to be a while as I was already in over my head; then I heard my wife in the distance, "Someone is stopping!"

A car pulled up behind us shortly after we stopped and a young man stepped out asking, "You guys need some help?" My wife responded timidly, "My husband is around front."

The young man walked around and jumped right in without an introduction. He scanned the engine bay, got on his back and slid underneath the vehicle, and continued to work diligently attempting to find the source of our coolant leak. Within a few minutes he isolated a faulty gasket to be the cause, and offered to follow us to a gas station about a quarter-mile up the road. He the retrieved two small bottles of water from his vehicle and dumped them into our radiator so we had something in there to get us to the gas station, then we drove up the road slowly.

Once we arrived the young mechanic popped back under the hood and continued to inspect the source of the leak. Upon realizing there was no mechanic shop in the local gas station he offered to bring me to a local auto-parts store he passed earlier. We left moments later.

The parts store was only a few miles back, so our trip was fairly short. Upon arriving he asked the clerk for the part we needed, not knowing the manufacturer's official name for it, he attempted to described it in what felt like seven different ways before the clerk found the correct part in his computer. We were then informed that he did not have it in stock but could have it delivered next day to his store. This was not ideal as the young mechanic was attempting to help us quickly, in a same day fashion. He and I discussed another option which was more of a "patch" job than a repair and required a silicone and its infamous "dry-time." This was not my favorite option, but it would allow us an opportunity to attempt driving again today. We purchased a small ratchet set, pliers, silicone, as well as some more coolant before heading back to our vehicle and my family.

Upon returning, the mechanic patched up the leak in about twenty minutes. Thus began our two hour wait for the silicone to dry. He showed me how to replace the bad part when I was able to find a parts store that had it in stock. He also gave me his contact info and told me to call him if we had any trouble. We thanked him for his generous efforts and he drove away.

Our wait, while small in comparison to the total drive was grueling for our three children, the youngest being two years old. My wife and her sister took turns trying to entertain the children while I cleaned the coolant spray from the engine bay as best I could.

An hour went by, so I decided to check the seal of the silicone, however it was not even close to being hard enough yet. I decided to source the parts at an auto-parts store local to my sister-in-law's home where we stayed the night before. The plan at this point was to drive back there, go get the parts, and repair it in the driveway with my brother-in-law. I determined exactly what parts were needed, how much they were, and what tools I may need to purchase to do the job myself -- if we could only drive thirty minutes with the patched up gasket.

An hour and a half into our wait I decided to go check the seal one more time before I ordered any parts or tools. Based on the silicone's dry-time we should only have another thirty minutes before we would be moving again.

Still Tacky! Hopefully the thirty minutes would be enough for it to harden up, after all the instructions stated all applications should be operational in two hours. Since hope was part of my strategy, I got back to ordering the parts.

I hopped into the front passenger seat, got on my phone and pulled up the online store for the auto-parts store I selected earlier. I added the parts needed to the online shopping cart and was about to pay when I heard: "Hey babe! They're back."

The mechanic had just pulled back into the gas station parking lot. As his wife was getting out of the car I noticed she was carrying a small plastic bag with a cardboard box inside. It was the part we needed!

The mechanic was on his way to Ithaca, though they did not stay very long. He felt for our three children and wanted to help in any way that he could. Upon arriving to his destination he and his wife went into their local parts store, found the part we needed and decided to turn around in hopes we were still waiting.

He began working immediately on replacing the part. Once the old unit was off, I inspected the silicone and determined we would've been waiting much longer than the guided two hours as I was able to wipe it away with my fingers. It could've been a very long and stressful day/week if we attempted to turn the motor on with the seal not cured -- but it wasn't!

Twenty minutes later the mechanic had completed the repair and refilled the radiator with coolant. It was time for a test drive.

Everything ran perfectly, with no leaks!

We thanked the mechanic and his wife for their generosity and pure hearts. We shook hands, shared an awkward 'man-hug' and began our trek back home. 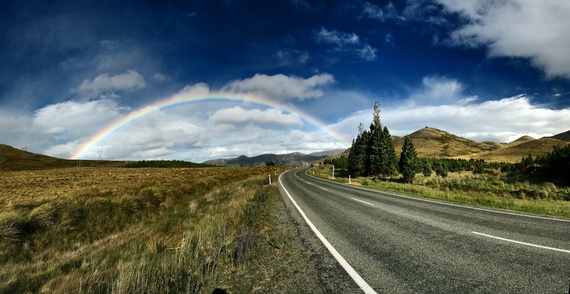 Generosity is defined as the quality of being kind and generous. You do not have to give a material object to be generous. You simply have to be ready to offer more (something or time) than is necessary or expected.

I am sharing this story so that others may learn, be inspired, or follow in the mechanic's footsteps. Happiness comes from many things but is best achieved by helping others.

To the Mechanic: THANK YOU!

Enabling the dreams of others is a lifestyle that we can all aspire to live every day. Today I am proud to say that someone else did this for my family -- for that we will be forever grateful!