We've all seen the toys and the clothes and the movies... and the ads for those toys and clothes and movies. Pink vs. blue; passive vs. aggressive; sedentary vs. active; pretty vs. smart. Girls vs. boys. 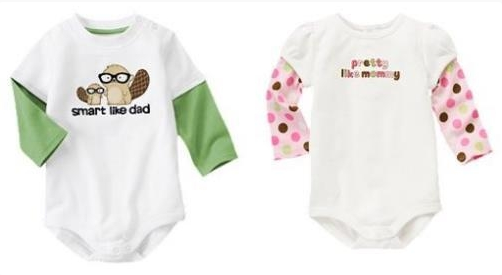 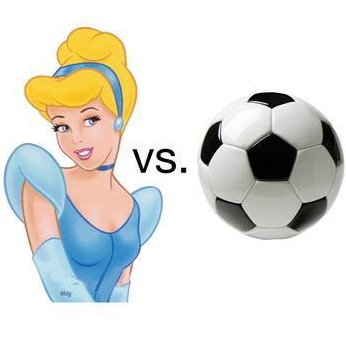 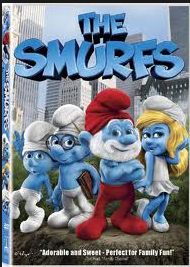 It's so insanely formulaic, and a lot of adults are laughing all the way to the bank as our kids pass under the bus. The strategy is simple: convince kids of both genders that they are very different from each other and that they need completely different products with different colors and different labels, and they will naturally only want what they've been told is "for" them and what has been spoon fed to them since birth. Parents will then dole out double the money buying separate products for their sons and daughters, ensuring that the retailers and marketers double their profits and double down on the stereotyped messaging. And why wouldn't they? It's brilliant. It's lucrative. It's also a breathtaking act of psychological vandalism against our children. Media shapes perception, and perception becomes reality.

How has the influence of media grown? How has parenting become harder?

Time travel with me for a moment. Let's go back to an era when media played a minimal role in people's lives. How about the year 1900? The telephone had been invented, but was not yet commonplace in the average American home. Television would not arrive for decades. No Internet, smartphones, video games, blogging or social media existed anywhere but in the creative imaginations of inventors, scientists and authors. What kind of media did exist?

The telegraph and snail mail were still huge. The printing press had been around for almost 500 years, so there were books, newspapers and magazines. Photography was coming along nicely. Radio was brand new and not yet widely available. Motion pictures were still years away. If you think about the different ways of receiving or transmitting information that could be found in the typical middle class American home in 1900, there were books, magazines and newspapers for receiving information about the world, and letter writing for sending it. Good old-fashioned person-to-person gossip traveled in both directions, and was the only form of communication available that could ever be described as viral.

Fast-forward 100 years to the year 2000 and beyond. Now what communications technologies can be found in the average American home? Does anyone think this is not the single biggest game changer in the lives of adults and especially today's children, who are spending all of their formative years in a digital world, saturated by every manner of screen and dead-tree advertisement our capitalistic society can shove in front of their faces? Media is the greatest source of information, and perhaps the greatest untamed beast, the world has ever known. You bet it matters in any conversation we have about today's childhood. It is the third parent in the room. It is sadly sometimes the only parent in the room.

That is why it is so important to be an intentional parent who is paying attention and not passively accepting corporate definitions of boyhood and girlhood. By being intentional parents, we can lessen the power of that unwanted third parent.

I recently came across a great quote on the Pigtail Pals-Ballcap Buddies Facebook page:

"If parents wish to preserve childhood for their own children, they must conceive of parenting as an act of rebellion against culture." -Neil Postman

Rebellion has never been more urgent.

I often hear older people saying things like, "Every generation of parents has its own challenges" in response to the assertion that it has never been harder to raise kids. In some ways that is true. But! In the "olden days," parents had more positive influence on their children without having to try as hard, simply because without media, the outside world could not intrude into their home lives the way it does now.

Is media going away? No. Should it? Absolutely not. Media literacy is therefore very important because media is ambient in our culture and affects everyone, as explained by the Third Person Effect. No one who lives outside of caves remains above its reach.

Today's parents have to pull off parenting by exercising some degree of control over how much pop culture gets to their kids while also giving them the increased freedoms they need as they get older to develop media literacy and critical thinking skills. It's a tough balancing act. And it's unfair that this burden lands squarely on the shoulders of well-intentioned parents who are outgunned by conscience-free corporations.

So let's hear it for our youngest generation of parents making a go of it in the Internet Age -- self-high-fives! The Kool-Aid is tasty and goes down easy, but don't drink it. Our kids need us stone cold sober.

Lori Day is an educational consultant and writer. You can connect with Lori on Facebook, Twitter, or Google+.

More:
boysgender rolesParenting childhoodInternet
Newsletter Sign Up
Raise the kind of person you'd like to know
Subscribe to our parenting newsletter.
Successfully Subscribed!
Realness delivered to your inbox