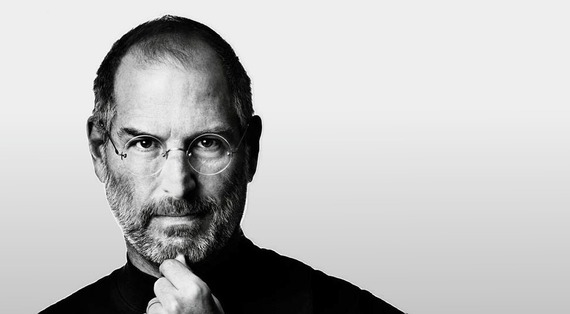 We all know mentors come in many shapes and sizes. Socrates was the mentor of Plato, Plato the mentor of Aristotle, and, to bring it a little more current, Jobs the mentor of Zuckerberg. But to bring it down to my level, a mentor simply means a person who has some level of experience and willingly, for no cost, shares his or her knowledge with you.

To obtain a true mentor can be one of the most influential and meaningful relationships in, not only your business life, but, more so, your regular life.

I have been very lucky in life because my mentor also happens to be my father.

My father is the son of German immigrants. His father and mother owned an ice cream parlor in the South Bronx. My father grew up in that store making sandwiches and ice cream for the patrons. But, as he explained, these people were much more than patrons, they were his extended family. And it was there where he learned his work ethic. He watched how his mother and father worked and raised four children in a small apartment, and how he wanted to "do better."

He was a civil engineer who worked for the City of White Plains out of college, then a private firm, then, when I was fifteen, he ventured out on his own. I vividly remember being scared because we already seemed to have a pretty good life: nice home, nice cars, food on the table. In my naive fifteen-year-old mind I remember asking, "Why, Dad? Why would you want to risk everything we have to do this?"

And as clear as the day it happened, I remember my father looking me in the eye and saying, "I am doing it all already, someone else is just getting paid for all my hard work. If I am gonna work this hard, shouldn't the success be my own?

"Well, yeah, but so will the failures."

And in that small moment in time, that seemingly innocent conversation between father and son, lies the quintessential dilemma that separates entrepreneurs from employees.

It's confidence. Desire. Perseverance. And resiliency.

It is not a matter of failure; you will fail. It is how you react to that failure and how you overcome it that marks the measure of a true person.

My father (and mother) never looked back. He started the business out of our home. Men and women would come to our home at night and my mother would make dinner for everyone. We would all sit around the table and break bread together; sometimes as many as ten people. It was like one big family. Our guests would finish and go to work in a makeshift office in our living room. It was amazing to witness.

The company grew. He moved out of our house and rented an office in town. A few years later he outgrew that. He purchased a building in a nicer town. We moved there. And he grew his company to a multi-million dollar business with over forty people.

So, I was lucky. I saw, no, I lived, first-hand, the American dream; that entrepreneurial spirit that drives our country to this very day. And I asked questions of my father along the way, never fully realizing he would be the greatest business mentor of my life... and life in general.

I am grateful for all that I got to witness for simply being his son.

Thank you, Dad, and I love you.