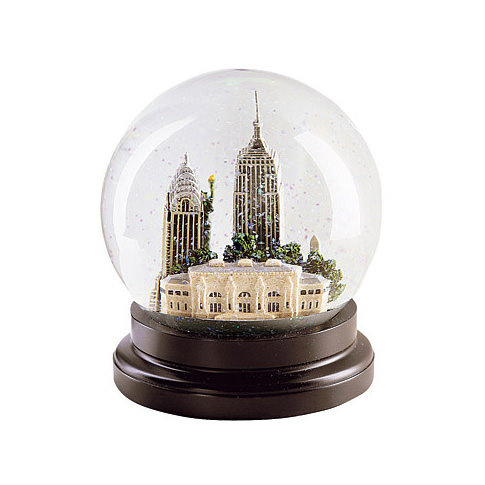 The winter holidays are currently being celebrated by the Metropolitan Museum of Art with its annual presentation of the Christmas tree and Neapolitan Baroque crèche. In addition, there is the display of a spectacular late 19th-century silver Menorah and 18th-century Torah crown, as well as a variety of holiday-themed events at its Fifth Avenue location (82nd Street and Fifth Avenue). The Cloisters, the Met's branch museum for medieval art and architecture in northern Manhattan, is decorated with a medieval theme and is hosting early music concerts for the season. 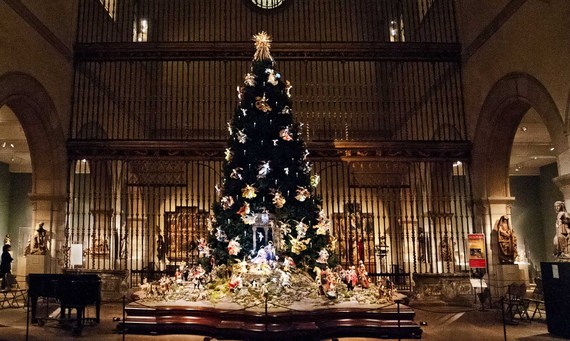 Each December a brightly lit 20-foot blue spruce decorated with 18th-century Neapolitan angels and cherubs is erected with groupings of realistic crèche figures flanking the Nativity scene at its base. The special holiday display is housed in the Medieval Sculpture Hall in front of an 18th-century Spanish choir screen from the Cathedral of Valladolid. Seasonal Christmas music plays in the background with daily tree lighting ceremonies taking place daily at 4:30 p.m.; additional ceremonies take place on Fridays and Saturdays at 5:30 and 6:30 p.m. The unusual combination of tree and creche was first presented to the public in 1957, and they have been displayed each holiday season ever since.

Some of the special concerts and events happening during the season are:

On Friday, December 16, as part of the MetFridays series, Season Feels will offer an evening of art-making, music, and holiday cheer. Byzantine pop-up performances will take place in the Medieval Sculpture Hall, which will introduce visitors to hymns and carols of the Byzantine Empire sang in multiple languages. Free with Museum admission.

The Snowman has become a British holiday classic. This Academy Award-nominated animated film features a lush score, including the timeless song "Walking in the Air," that will be performed live by the Mannes Orchestra. Tickets start at $40.

The ultimate holiday tradition. Hear Handel's famous oratorio in its full version, or choose the hour-long "pocket" version. Tickets start at $40 for the "pocket" Messiah; $65 for the full oratorio.

They have performed for every U.S. President since John F. Kennedy. America's favorite boy singers provide a delightful program of holiday hymns and carols. Tickets start at $65.

Leonora Duarte was one of the most brilliant composers of the 17th century. In this holiday program, the ensemble Sonnambula recreates a festive evening at the Duarte household with music by Leonora, her friends, and fellow musicians. Tickets start at $65. 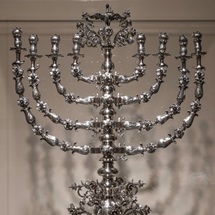 For this year's celebration of Hanukkah--the Jewish Festival of Lights, observed this year from the evening of December 24 through the evening of January 1--a magnificent, late 19th-century silver Menorah made in Lviv, Ukraine, will be on display through January 12, 2017. Made in 1866-72 for the Great Synagogue in Lviv, the ceremonial lamp, which is cast, chased, and engraved with elaborate motifs, is one of the largest silver Hanukkah lamps known. The Menorah is on loan from The Moldovan Family Collection. 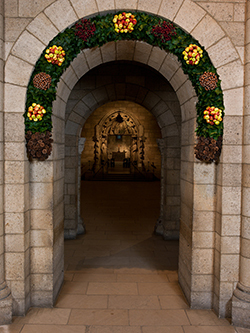 The Met Cloisters continues its much-loved tradition which evokes festive, medieval culture. Immediately after passing through the great archway of holly boughs, symbolizing light, warmth, and welcome--visitors are greeted in the Main Hall with grand displays of fresh ivy and hand-polished lady apples, hazelnuts, rosehips, and pinecones, all locally sourced. Throughout the halls, cloisters, galleries, and arcades, you'll find warmth and inspiration in enchanting displays of verdant topiaries and wreaths, candelabras adorned with evergreens and roses, and fragrant potted plants that symbolize and celebrate the season. It will truly take you back to another time.

This year's special holiday-themed concert/event is listed below:

The Met Cloisters presents the first fully-staged musical production of the 12th-century Play of Adam, in a new verse translation from the original Anglo-Norman French. Tickets start at $65.

A Sequel to 'A Christmas Carol' Through Tiny Tim's Eyes

'The First Noel' Brings the Message of Christmas Home

'Hanna and the Moonlit Dress' Provides an Alternative Holiday Experience

Arts The Metropolitan Museum Of Art