Leonardo da Vinci is known to have been one of the very first to recognize that the same laws apply to the human body and to cosmic phenomena. This insight is made even more remarkable once we realize that Leonardo had reached this conclusion long before any accurate laws of physics were actually formulated. Leonardo's sharp eye also caught the visual similarities between very different phenomena, such as turbulent flows of water and braids of hair. While today the fact that the laws of physics have universal validity has become common knowledge, we are still occasionally surprised when we discover that phenomena on very different scales (that are governed by rather different mechanisms) exhibit very similar patterns.

I experienced such a surprise during a recent visit to the Department of Molecular Biology and Genetics at the Johns Hopkins University. Dr. Jie Xiao, a researcher in biophysics, showed me some super-resolution images of bacterial cell divisions. During the process of division, a certain protein (known as FtsZ) moves to the division site and forms a ring (termed a Z-ring). The top panel in Figure 1 shows the Z-ring in E.Coli cells, projected along the long axis of the cell (the cell itself is outlined by the dashed line). The bottom panel shows the Z-ring projected onto the cross-section of the mid-cell.

Figure 1. The Z-ring that forms during cell division (see text). Credit: Reproduced by the permission of Dr. Jie Xiao.

As soon as I saw the images my jaw dropped. The image of the Z-ring is strikingly similar to two astronomical images that I am very familiar with. One represents the explosion of Nova Cygni 1992 (Figure 2). A nova is a thermonuclear runaway that happens on the surface of a very compact star known as a white dwarf. The second astronomical object that produced a visually similar ring was Supernova 1987A. This supernova, in our next-door-neighbor galaxy, the Large Magellanic Cloud, was a massive explosion that resulted from the collapse of a very massive star (Figure 3). 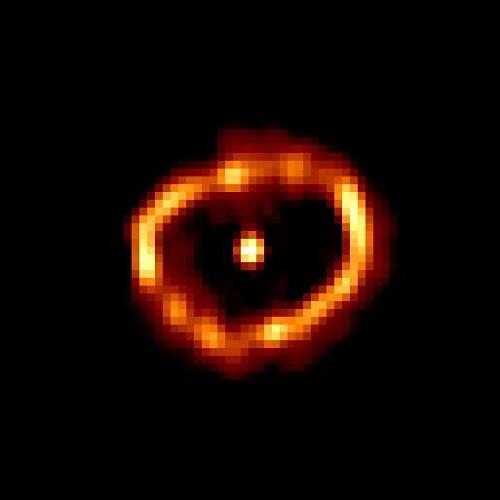 Figure 3. The ring structure of supernova 1987A. Credit: NASA and the Hubble Space Telescope.

Amazingly, both the supernova and cell division are related to the phenomenon of life. Cell division is the process through which replication and heredity take place. Supernova explosions disperse through the interstellar medium the elements (such as oxygen, iron) that are necessary for life, after those had been forged in the nuclear furnaces of stars.

The microcosm and the macrocosm are indeed intimately related!