I find millennial-bashing to be as fashionable a recreation these days as combinatory yoga-pilates. Everyone from Time Magazine to Aaron Sorkin to Michelle Obama has taken a healthy swing or two, and younger people are exercising a right to reciprocal ire. Yet take a step back and this intergenerational warfare, fought across the trenches of technology-swayed narcissism and entitlement, arguably resembles a more fundamental and timeless sort of conflict -- the pitting of emergent youth against traditionalist elders.

A historical case, like the criticism heaped upon the sixties counterculture generation, might sufficiently evince this, but whereas history is the preservation of facts, literature is the preservation of attitudes, and if you suspect, as I do, that the millennial debate primarily represents a schism in generational attitude, then we might delve beyond contemporary "right or wrong" prejudices by turning to our literary canon -- which is, after all, the voice of our elders' elders. Let us consider the famous work "Middlemarch" by George Eliot. 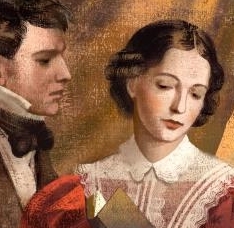 often ranked as the world's greatest English-language novel, depicts the lives of landowning gentry circa mid-nineteenth century Britain. Its most memorable characters are undoubtedly its youths, whose attitudes are remarkably contemporary -- any of the author's 20-something characters could easily stand in for modern day hipsters or YouTube promulgators.

Eliot's creation Will Ladislaw, for instance, is an over-educated youngster who emerges from his academic life into the real world with no conception of how to place himself and where he belongs. Instead of getting a job, he takes an extended vacation to Europe and plays at bohemian living in Rome, dabbling in painting and spouting over-refined artistic theory - a mode of young adulthood that could serve as the Facebook status of half my collegiate peers, who are still instagraming their way through Europe or South America on the pretext of intellectual exploration.

Naturally, Will's lifestyle receives ample criticism from his elders, particularly from his uncle and benefactor Mr. Casaubon, who, echoing the accusations of narcissism placed upon our own youth, decrees Will's behavior to be "self-indulgent". A similar struggle of vocation occurs with the character Fred Vincy, an entitled youth spoiled through expensive schooling and easy living. When the moment comes to choose a profession, Fred balks -- he feels unsuited for more lucrative channels and doubts his own professional capabilities. His elders, interpreting his cautious-minded hesitancy as laziness, regard him as a loafer and a lost cause, and when he eventually accepts a position in farm management, they further lambast him -- this time for wasting his education. This parallels the paradoxical way many modern youths are chastised by our older generation -- in a market oversaturated with diplomas we question the validity of our schooling and feel the need to give pause before committing ourselves headlong to lifetime professions. This accrues upon our heads alternating stigmas of failure, laziness, or fame-dreaming. Yet more of us than ever are taking on jobs at Starbucks and other low-wage positions to support ourselves, and enduring the disappointment of our elders for it.

Middlemarch's central character, Dorothea Brooke, furnishes another collimation of past and present. Wealthy and entitled from the novel's outset, Dorothea eschews societal convention in a manner suggestive of the modern day hipster. She champions thrift, idealizes famous thinkers, and delights in ideals of lower economic living. With the same enthusiasm that many modern, well-off Brooklynites take up in their hunts for second-hand furniture and soon-to-be-gentrified neighborhood haunts, she claims she could "make the life of poverty beautiful". Her naivety and entitlement are endearing at the outset, but they bring her up against powerful trials that ultimately humble her idealism. Her most modern sensibility arrives when she passionately cries the line, "As if I wanted a husband! I only want not to have my feelings checked at every turn." The contemporary feminist would approve - so why not substitute the word 'husband' for 'children' or 'soulless corporate career'? Then you will arrive at the mantra of our generation - putting off family and traditional careers in order to further conceptualize our wants and needs and feel more comfortable in our adult skin. It is a choice the older generation can mislabel as selfishness or entitlement.

As one turns through the pages, it becomes almost harder and harder to believe that Middlemarch youth are any different than today's youth. This is because, at its core, "Middlemarch" approaches it young characters with those lasting YA thematics - Will, Fred and Dorothea are all in the process of "finding themselves." This is the true ailment of the Millennial. Perhaps the streams of new media sensationalizing every minute extremity of our behavior have led to misdiagnosing the natural process of generational maturing as some new strain of narcissism and entitlement. Or perhaps every generation must yell and nag at its successor - even Nestor of Homer's Iliad rails upon Achilles and Agamemnon for failing to be as heroic as the warriors of his day. Whatever the enduring reality, our sensibilities are not quite as modern as we think. This might be the theme lurking beneath so much of our classical literature, if we chose to pay attention to it - or at least until someone chooses to post a YouTube rant about it.